The season begins on Jan. 27, with a storytime titled “Cool Coyotes.” The book will be “Coyote: A Trickster Tale From the American Southwest” by Gerald McDermott. 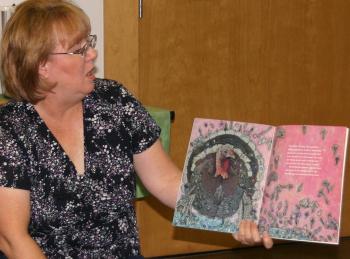 The story hour is from 10 to 11 a.m. and is for children ages 3 to 6 and their parents. Each session is limited to 12 children and includes a story, art activity, music and outdoor game.

Also on the schedule are:

Friday, March 23: “Desert Colors” with the book “Colors of the Navajo” by Emily Abbink.

The Deer Valley Rock Art Center has the largest concentration of Native American petroglyphs in the Phoenix Valley. Visitors hike a quarter-mile trail to view more than 1,500 petroglyphs made between 500 and 7,000 years ago.

The museum aims to promote preservation, connection and respect for the site and is a destination for families to learn about archaeology in their own backyard. The Center is managed by one of the top archaeology programs in the country – the School of Human Evolution and Social Change, in the College of Liberal Arts and Sciences at Arizona State University.

What if instead of just playing video games during summer break, teens had a creative outlet where they could learn how to develop and design those video games?

What if instead of just playing video games during summer break, teens had a creative outlet where they could learn how to develop and design those video games? Thanks to Camp Game, they can do just that.

Camp Game, sponsored by the College of Technology and Innovation (CTI) at ASU’s Polytechnic campus, is an intensive video game creation, visualization and production course offered to both middle and high school students during the summer months. 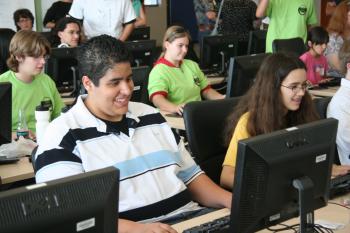 “Camp Game is in its sixth year, and is one of the most comprehensive, yet exciting, program offerings in video game development,” said Ashish Amresh, assistant professor and Camp Game director. “It teaches the students team work and stresses the importance of understanding the technology, science and math concepts behind gaming.”

Over the last six years, camp gamers have created  games for the PC ranging from simple science based games to complete 3D games using the award winning Unreal game engine. Middle school students, entering grades 6-8 in fall 2012, can take one or two week classes in June at ASU’s Polytechnic campus. High school students can choose from two class offerings, lasting two weeks during June and July at SkySong in Scottsdale.

“The hands-on approach at Camp Game means that camp gamers aren’t simply sitting in a classroom listening to a lecture,” said Amresh. “They will gain a strong understanding of video game production, but most importantly, have fun while doing it.”

Students work with a faculty experienced in the game industry to understand concepts and create game prototypes using the latest software, hardware and development tools. The faculty who run the program have more than 30 years of professional game design and programming experience among them.

“Camp Game is a creative outlet for young gamers,” said Amresh. “We encourage them to think beyond just playing the game by exploring and creating the technology that goes on behind the scenes.”

At the end of the course, students are able to share what they have created with their family and friends at an open house.

For information about classes, schedule and to register, visit http://interactive.asu.edu/campgame or call Kristyn Pineda at 480.727.1312. Space is limited and available on a first-come-first-serve basis.

For information about additional course offerings for middle and high school students through the College of Technology and Innovation’s Summer Academy, visit https://technology.asu.edu/ctiacademy.