Arizona State University archaeologist George Cowgill is one of the world’s leading authorities on the great pre-Aztec city of Teotihuacan. This month, an international conference at the adjoining town of San Juan Teotihuacan is being dedicated to Cowgill.

The Fifth Teotihuacan Round Table, sponsored by Mexico’s National Institute of Anthropology and History, will take place October 23–28. Cowgill, a professor emeritus in ASU’s School of Human Evolution and Social Change in the College of Liberal Arts and Sciences, will provide the kickoff speech, in which he will express his opinions on the city’s history; political, religious, and social organization; and decline and fall. A short film of Cowgill, produced by the institute, will be shown. 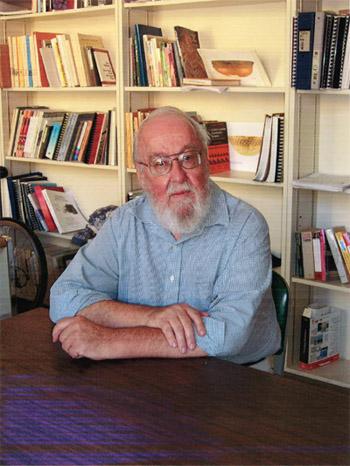 Teotihuacan was the second largest pre-Columbian city in the Americas, housing more than 100,000 people at its peak and exceeded only by the Aztec capital, Tenochtitlan, in the 1400s. Lasting from about the first to seventh centuries, Teotihuacan is best known for three immense monuments – the Sun, Moon and Feathered Serpent Pyramids – located along a 1.4-mile route known as the Avenue of the Dead. It was the capital of the largest New World empire of its time, even influencing the politics of smaller Maya cities 800 miles away.

Cowgill first visited Teotihuacan in 1957 and was lured back in 1964 by noted archaeologist René Millon, who invited him to participate in a massive project involving the mapping of the entire eight-square-mile city and the surface collection of roughly one million artifacts from over 5,000 localities. “A project covering such a large area in such detail was unprecedented, and none has equaled it since,” Cowgill said. “It has been the basis for most of my work at Teotihuacan ever since. The great pyramids, the haunts of rulers and high priests, are important, but the dwellings of ordinary folk are also vital for understanding a complex urban society.”

In effect, Cowgill has never left Teotihuacan. Even when away from the site, he devotes much of his time to the ongoing study of, and publication on, the ancient metropolis, including an upcoming book for Cambridge University Press, tentatively due in 2013.

“George’s publications are essential for understanding the city, and his forthcoming book will be a landmark,” said ASU professor emeritus Barbara Stark, herself a noted specialist in Mesoamerican archaeology. “His comparative perspective on urbanism and ancient states, as well as his demographic and quantitative knowledge, enrich not just the study of Teotihuacan but the study of ancient complex societies broadly.”

ASU professor of archaeology Ben Nelson added, “Just as importantly, George has passed these interests and capabilities on to former students, who are now employed at some of America’s and Mexico’s best research universities.”

In the late ‘80s, Cowgill, ASU associate research professor Saburo Sugiyama and Rubén Cabrera of Mexico’s National Institute of Anthropology and History led excavations that challenged earlier impressions of Teotihuacan as a peaceful empire by uncovering almost 200 victims of human sacrifice within the Feathered Serpent Pyramid.

Nelson noted, “George has had an important and lasting effect on our understanding of indigenous urbanization in the prehispanic Americas. His sustained field work and data analysis have led to new explanations for the development of Teotihuacan.”

Part of Cowgill’s Teotihuacan legacy is a heavily used research facility at the site. A quarter of a century ago, he led an effort to secure a long-term lease on property in San Juan and built a laboratory and living quarters there. Today, the Teotihuacan Research Center, managed by ASU, is used by scholars from around the world and linked to institutions such as Dartmouth College and Stanford University. Cowgill and Sugiyama oversee the facility.

His level of accomplishment owes something to his early attraction to science. With interests ranging from philosophy to science fiction, he contemplated a career in creative writing and obtained degrees in physics before a Smithsonian-sponsored dig in North Dakota – undertaken as simply an interesting way to spend a summer – led him into archaeology. Because of his physics and math background, it seemed natural to create electronic files of Teotihuacan data, starting in the 1960s, and Cowgill, his students and others are still mining these files for new insights into Teotihuacan society.

Cowgill has seen the preliminary program for the Teotihuacan round table and is looking forward to the presentations, which will be grouped into five themes: great monuments and planning; neighborhoods and the periphery; social groups; study of materials; and conservation, restoration, and dissemination of Teotihuacan’s archaeological heritage. “Some of the titles are very interesting. I may have to rewrite part of my book after hearing the presentations,” he joked.

Though he has uncovered a trove of knowledge about Teotihuacan, Cowgill recognizes that much remains to be revealed. “I feel I have as good a grip on this place as anyone at the present; however, there is still a lot to be learned,” he emphasized. “The idea of what Teotihuacan was will be constantly reshaped for years to come, as new discoveries are made.”

Roche and Arizona Technology Enterprises (AzTE) announced an agreement to license several technologies developed by Stuart Lindsay at the Biodesign Institute at Arizona State University and Colin Nuckolls of the Columbia University Nanoscience Center for the development of a revolutionary DNA sequencing system.

The licensed technologies include specialized approaches for DNA base sensing and reading and build on an ongoing collaboration between Roche's sequencing center of excellence, 454 Life Sciences, and IBM to develop and commercialize a single-molecule, nanopore DNA sequencer with the capacity to rapidly decode an individual's complete genome for well below $1000. 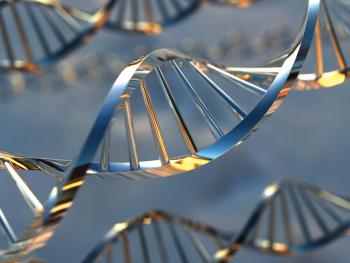 The licensed technologies offer novel approaches for reading the sequence of bases, or letters, in a single DNA molecule as it is passed through a nanopore. The team has demonstrated proof-of-concept, and is in the midst of making a third generation reader molecule that provides better discrimination between the DNA bases. The licensing agreement with Roche will help translate these discoveries into a commercial instrument.

"Our promising approach, which combines advances in physics, electronics and nanotechnology, eliminates the need for the use of a major cost of sequencing today – namely, the use of chemical reagents – to read an individual's genome," said Lindsay, an ASU Regents' Professor and director of the Biodesign Institute's Center for Single Molecule Biophysics.

"We believe that the DNA reading technologies from the Biodesign Institute are the most advanced available, and will play an important role in our nanopore sequencing system currently under development," said Thomas Schinecker, president of 454 Life Sciences, a Roche Company. "This will complement the DNA Transistor technology from our previously announced collaboration with IBM very well to form the core of a superior platform for extremely fast, very low-cost genome sequencing."

The DNA Transistor technology, developed by IBM Research, slows and controls the movement of the DNA molecule as it threads through a microscopic nanopore in a silicon chip, while the newly licensed DNA reading technology can decode the bases of the DNA molecule as it passes through. Both technologies are centered on semiconductor-based nanopores, which have advantages over protein-based nanopores in terms of control, robustness, scalability, and manufacturability.

The deal was brokered by Arizona Technology Enterprises (AzTE), the exclusive intellectual property management and technology transfer organization of Arizona State University, and includes sponsored research funding that will help Lindsay's team move the technology towards commercialization. The National Human Genome Research Institute (NHGRI), part of the National Institutes of Health (NIH), recently awarded Lindsay and fellow Biodesign researcher Bharath Takulapalli more than $5 million for their work in DNA sequencing. ASU was the only university to receive more than one award.