Inspired by the Emmy Award-winning Bravo cable television hit "Inside the Actors Studio," five years ago, Arizona State University’s Audrey Amrein-Beardsley created an interview series honoring America’s “best of the best” education scholars. Not only does her inventive "Inside the Academy" showcase the passion of these top research educators, but it offers viewers important context for understanding education policy trends.

“We wanted to honor the ‘academy award winners’ in the field of education, those who have contributed most substantially to our current theories about education, educational reform, philosophy, psychology and all disciplines related to education,” said Amrein-Beardsley, associate professor in ASU’s Mary Lou Fulton Teachers College. 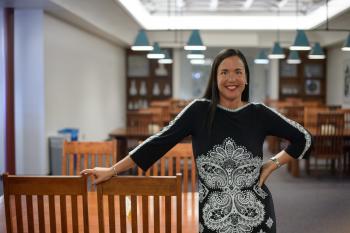 She said "Inside the Academy" is an online and free open-source historiographical and archival website that highlights the personal and professional stories of widely respected education experts. To date, 19 educators have been featured, most of them members of the National Academy of Education. In the future, Amrein-Beardsley added that she hopes to expand the series from its K-12 education focus to include higher education and international education scholars.

Two of the highly respected educators appearing on "Inside the Academy," Linda Darling-Hammond and Diane Ravitch, are also slated to be keynote speakers at local events co-hosted by Teachers College and the Arizona School Boards Association later this year. Ravitch, a New York University education professor, is a champion of public education and a prolific writer. She most closely answers the looming question among education scholars about how to translate their research into practice, Amrein-Beardsley observed.

“Diane Ravitch is most well-known for helping to construct the No Child Left Behind act of 2002,” she said. “But after she saw the unintended consequences of it, she flipped and decided the policy that she helped develop was not in the best interests of students in America’s public schools.

“Diane also is an active blogger who probably takes the most innovative approach in terms of how she relates research to what’s happening in the everyday lives of teachers, administrators, students and parents.”

Amrein-Beardsley described Linda Darling-Hammond, a Stanford University education professor, as working intensely with policy makers at local, state and federal levels of government, and making an important difference in those arenas.

“More than anyone, she probably has her finger most accurately placed on the pulse of the American education system,” Amrein-Beardsley said. “She is hugely prolific and highly influential, and was almost appointed U.S. Secretary of Education by President Obama.”

Perhaps most enjoyable for Amrein-Beardsley was interviewing two of her Teachers College mentors, David Berliner and Gene Glass – both Regents’ Professors Emeritus at Arizona State University. At first rivals, the two widely recognized education icons over the years have become close: “Even though at times they still disagree, they write together and are lifelong friends.”

Amrein-Beardsley said interviewing “pure genius” Michael Scriven, a psychology professor at Claremont Graduate University, has been her most unexpected experience. Familiar with his research in program evaluation, one of her areas of expertise, Amrein-Beardsley said she had been more intimidated to meet him than any of the other "Inside the Academy" guests.

“But he was so down-to-earth and inspiring with his intellect; he ended up being one of my best interviews,” she said.

Sadly, two of the "Inside the Academy" luminaries passed away during 2014 – Stanford University’s Elliott Eisner, a leading scholar of arts education, and Columbia University’s Maxine Greene, a self-proclaimed existentialist who advocated experiential learning. Not only does Amrein-Beardsley feel fortunate to have met them and archived their stories, but she said needing to interview Greene in her New York apartment convinced her that talking with scholars in their homes lent a more personal touch to all "Inside the Academy" profiles thereafter.

So what is the common thread running through this gallery of education scholars? Amrein-Beardsley said based on her interviews, there are three. First, nearly all of them were inspired by the work of John Dewey, the 20th-century education reformer who advocated for meaningful activity in learning and participation in classroom democracy. Second, Amrein-Beardsley said all of the thought leaders had been inspired to invoke change in America’s public education system whether they were self-described as good or bad students – and they were evenly split on that, she noted.

Finally, to a scholar, all of them said they were seriously worried about the future of America’s education system, Amrein-Beardsley recalled.

“Across the board, they all have in common grave concerns about major education policies being advanced that include increased standards with high-stakes tests attached to them – because these are not research-based,” she said. “The honorees, for the most part, have at least three decades of doing scholarly work. So they have seen how history repeats itself, especially in terms of policy. So some might say they have high predictive accuracy about what is coming down the pike.”

Cynthia Lietz has been appointed associate dean for academic affairs for the College of Public Programs.

Cynthia Lietz has been appointed associate dean for academic affairs for the College of Public Programs. Lietz is an associate professor in the School of Social Work and has been coordinator of the school’s Tucson campus the past two years.

“In both her teaching and research, Dr. Lietz demonstrates a commitment to the goals of our college, including student engagement in use-inspired research and practice,” says Jonathan Koppell, dean of the College of Public Programs. 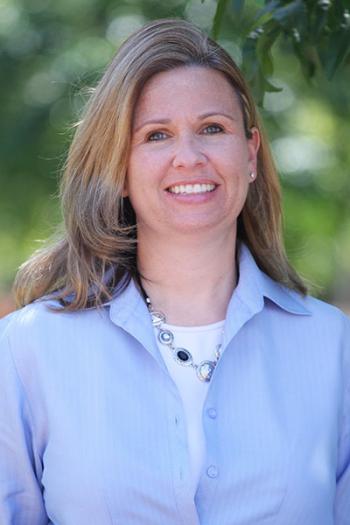 The College of Public Programs is made up of the School of Community Resources and Development, School of Criminology and Criminal Justice, School of Public Affairs and the School of Social Work. The college, located on the Downtown Phoenix campus, is also home to 16 research centers, including the Morrison Research Institute for Public Policy, Lodestar Center for Philanthropy and Nonprofit Innovation, and Osher Lifelong Learning Institute.

Lietz has been with the School of Social Work since 2004. The past two years, she helped guide the expansion of the school’s Tucson program and helped with the launch of Tucson-based classes and degrees by the School of Criminology and Criminal Justice and the School of Community Resources and Development. Lietz’s research focuses on family resilience, analyzing the strengths and processes used to effectively cope with stress and trauma. She also examines the use of strength-based practices to improve the quality and delivery of social services. Lietz was awarded the Associated Students of ASU Centennial Professor Award for 2012-2013.

“I can’t thank the faculty and staff in Tucson enough for their tremendous support over the past two years,” says Lietz. “The College of Public Programs has a bright future with many important and innovative initiatives. I look forward to the opportunity to support these efforts and feel honored to join a team of faculty and staff who work tirelessly to ensure the mission of the college is realized.”

In announcing the appointment of Lietz, Dean Koppell thanked Nancy Rodriguez and Kathy Andereck for serving the college as part-time associate deans during a critical time of growth. Rodriguez is an associate professor in the School of Criminology and Criminal Justice. Anderek is a professor and director of the School of Community Resources and Development.

“Dr. Rodriguez made a terrific contribution focusing on student recruiting and engagement,” Koppell says. “Dr. Anderek shepherded through an enormous number of new academic programs in the past year, including new cross-college offerings, and will help finish this formidable task during the leadership transition.”