Arizona State University journalism alumni are invited back to the Walter Cronkite School of Journalism and Mass Communication for the school’s first-ever large-scale alumni celebration Oct. 26.

Conceived and designed by the Cronkite School National Board of Advisors, Cronkite Day is an all-day festival of professional, social, career development and networking opportunities held at the Cronkite building on ASU’s Downtown Phoenix campus.

“I can’t think of a more fitting way to honor the legacy of Walter Cronkite or the great strides and accomplishments made by the school that bears his name than our first Cronkite Day event,” said Craig A. Newman, chairman of the National Board of Advisors. “We live in an era when journalism’s role, methods and innovations are constantly reinvented, challenged and redefined. The Cronkite School has taken a leadership role in this global conversation, with many alumni who are industry leaders returning to campus for Cronkite Day to share their experiences, challenges and visions for the future of media.”

Headlining the event is a series of showcase panels featuring alumni on topics ranging from coverage of the 2012 elections, the impact of social media and international news coverage to public relations in the digital age and the state of local TV news. Alumni also will have the opportunity to talk with current Cronkite students and see their work in state-of-the-art newsrooms, TV studios, digital classrooms and innovation laboratories around the building.

Cronkite faculty and staff will be on hand to talk with alumni about career development opportunities, including the Cronkite New Media Academy, the Office of Career Services, the Reynolds National Center for Business Journalism and graduate programs. In addition, alumni will be able to get feedback on their writing, photography, video and resumes with top Cronkite alumni and faculty in one-on-one settings.

Other Cronkite Day activities will include behind-the-scenes tours of the award-winning, LEED-certified Cronkite building with the building’s architects and a happy hour reception at a local restaurant.

“Cronkite Day is an unprecedented opportunity for Cronkite alumni from around the world to reconnect with old friends and classmates and favorite professors, make new friends and professional connections and learn about what’s happening at the school,” said Cronkite Dean Christopher Callahan. “We look forward to welcoming our graduates to this unique celebration.”

A new book co-edited by Emeritus Professor Jonathan Rose of ASU's Sandra Day O’Connor College of Law includes essays from the world’s leading scholars in the history of English legal institutions and law.

A new book co-edited by Emeritus Professor Jonathan Rose of the Sandra Day O’Connor College of Law at Arizona State University includes essays from the world’s leading scholars in the history of English legal institutions and law. 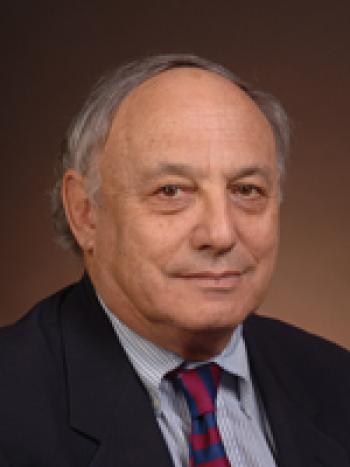 The book honors professor Paul Brand, a longtime friend and mentor of Rose, who is Senior Research Fellow, All Souls College at the University of Oxford, and the world’s most prominent English legal historian of 13th and 14th centuries. The essays match Brand’s career and interests in medieval English legal history, as well as his expertise in medieval texts.

“This book is a tribute to Paul Brand, both with respect to the regard in which he is held as a scholar and to his collegiality and generosity in helping people with their research and scholarship,” Rose said. “We thought Paul deserved the recognition as a leading scholar of the period, which is critical to the birth of the common law and the development of legal profession.”

The book was co-edited by Susanne Jenks, an independent scholar who has published on late medieval English Law in English and German, and is vice-administrator of the Anglo-American Legal Tradition Project, and Christopher Whittick, an expert on medieval texts and law and the Senior Archivist for East Sussex Record Office.

“Paul Brand is one of the most important scholars of English Legal History in the world and has had an enormous influence on numerous scholars – including our very own Jon Rose,” said Douglas Sylvester, dean of the College of Law. “Jon’s participation in this is a real tribute to Paul and a clear indication of the quality of this volume. Jon’s tireless work in editing and his contribution of an important chapter about his own research on 15th century England legal institutions ensured that this work would be worthy of its subject. My hat’s off to Jon and his co-editors and all the contributors to this work.”

Brand said he was “surprised, delighted and honored to receive the Festschrift (a book honoring a respected academic) and to find in it the work of so many good friends and colleagues, including that of my old friend Professor Rose.”

“I am particularly grateful for the hard work of the three editors of the volume and the care they took with the volume, and with keeping almost all knowledge of it and its contents from me till the day it was presented to me,” Brand added.

Rose’s essay, which is the product of his work over the years at Magdalen College, University of Oxford, illustrates attempts by the wealthy class in medieval England to engage in estate planning, and the plethora of events that could and did happen prior to the time of a person’s death.

Specifically, Rose documents the extensive estate planning activities of Fastolf (1380-1459), an East Anglian knight who married well and became a wealthy East Anglian landowner. The article explores all relevant wills and other documents, and shows that his failed efforts were frustrated by deathbed changes, other claims on the property, the need for royal approval, political factors, conflicts among executors, and papal interventions.

The book, a surprise gift for Brand’s 65th birthday, was launched during a series of events in July at All Souls College, attended by Rose and others. These included a seminar of legal history in the College’s Old Library, where three of the book’s essays and its encomium were presented by the authors, and the book was presented to Brand. A reception and dinner also were held in Brand’s honor.

“It was a big honor for me to be involved because of Paul’s outstanding reputation as a scholar, his substantial assistance to me over the years and our personal friendship,” Rose said.

The collection of essays discusses the birth of the Common Law, the interaction between systems of law, the evolution of the legal profession, and the operation and procedures of the Common Law in England.

The topics explored include the Angevin reforms, legal literature, the legal profession and judiciary, land law, the relation between the crown and the Jews, and the interaction of the Common Law with Canon and Civil Law, as well as procedural and testamentary procedures, the management of both ecclesiastical and lay estates, and the afterlife of medieval learning. Like Brand’s own work, all the essays are grounded on detailed use of primary sources.