If the world's premier student technology competition calls for innovative vision, then there may be no technology better suited than the Note-Taker.

Invented by David Hayden during his undergraduate career in ASU's Ira A. Fulton Schools of Engineering, the Note-Taker is a device designed to aid the visually impaired in a classroom setting, by way of a portable, custom-designed video camera and a split-screen Tablet PC.

Team Note-Taker is bound for New York City to compete July 8-13 as worldwide finalists in Microsoft's Imagine Cup 2011. The goal of the prestigious competition is to encourage students to come up with technologies that solve global problems, while learning skills that will prepare them as future IT leaders.

To view and vote for the Note-Taker, and other student-created technologies, visit the Imagine Cup's People's Choice site.

Of the 20 million low-vision adults in the United States, according to Hayden, fewer than 40 percent participate in the work force – a figure that the team largely attributes to the inaccessibility of education.

"One of the real motivators for the team is that they're really hoping that this can be produced as a product and made available to students with visual disabilities," said Black, who works in ASU's Center for Cognitive Ubiquitous Computing (CUbiC) – a research center focused on developing assistive multimedia computing applications, such as the Note-Taker.

Gary Marchant, ASU Lincoln Professor of Emerging Technologies, Law and Ethics, and Executive Director of the College of Law’s Center for Law, Science & Innovation, recently spoke at a judicial workshop in Cambridge, Maryland. 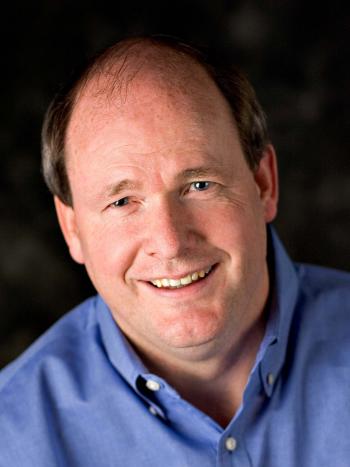 Marchant’s research interests include the use of genetic information in environmental regulation, risk and the precautionary principle, legal aspects of personalized medicine, and regulation of emerging technologies such as nanotechnology, neuroscience and biotechnology. He teaches courses in Environmental Law, Law, Science & Technology, Genetics and the Law, Biotechnology: Science, Law and Policy, and Nanotechnology Law & Policy. Marchant is a Senior Sustainability Scientist in the ASU Global Institute of Sustainability, Associate Director of the ASU Origins Initiative and a professor in ASU’s School of Life Sciences.