How do we determine what is 'good' for society?

Project Humanities at Arizona State University is challenging economists and government leaders to ponder the rules that shape and govern society.

In economics, public goods are described as services that are available to everyone at no cost. Under this context, the consumption of these goods by a single person does not have an effect on the ability for others to consume this item. A few basic examples of this are fresh air, knowledge and information goods. 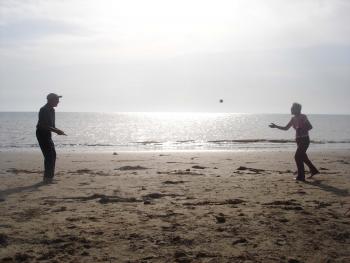 With this broad of an outline, who determines what is “good” for society and how do they do so? Kerry Smith, a Regents’ Professor and W. P. Carey professor of economics, says that consumer sovereignty ultimately has the final say.

Under this theory, Smith believes that the public demand for a good is what determines the success or failure. If the demand is high, production will increase and consumers will continue to purchase the good in the future. Reversely, poor demand will result in the production of a good coming to an end.

In government, however, elected officials must find a balance between what the community desires and what is best for everyone.

“It is our job, in my opinion, to be educated stewards of directional choices. To not simply see the horizon, but see what is beyond it and make choices now that best address future needs. This means sometimes making choices that are not popular with people now, but will show future insight in 20 years,” said Kolby Granville, Tempe City Council member.

Jayson Matthews, chief development officer at the United Food Bank, believes that upbringing, environment and perspective are influential factors in this ability to show foresight.

To create a more vibrant future, Smith believes that society must use the idea of incentives to persuade the public to act on desired outcomes. For example, promoting sustainable initiatives requires one to think about creating a better future for their children or grandchildren to whom they hold a personal connection.

Granville largely agrees, but adds that society should question ways to sustain future cities based on the problems of today, like oil dependency and population growth.

“Gas prices will continue to rise because of growing oil demand in India and China. The real questions is, knowing that if just five percent of China decides to buy a car there are millions of additional cars competing for limited gas resources, and gas is now $5 or $10 a gallon in today's dollars, what will cities look like?” he said.

What do you think? Weigh in on the discussion by visiting the Project Humanities Facebook page now.

Three Arizona State University professors, with multiple awards, honors and publications among them, are also distinguished by commitment to their students’ academic and professional success. 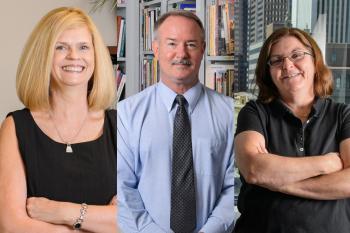 The award honors mentors who have demonstrated excellence in areas such as graduate teaching excellence, chairing doctoral committees with timely completion rates, attracting doctoral students to ASU, a commitment to diversity and guiding student professional development.

“These three extraordinary mentors have guided and inspired their doctoral students through graduate studies and degree completion,” says Andrew Webber, vice provost for Graduate Education. “It is also clear from nomination letters that these mentors have become life-long advisors and colleagues to their former students.”

James Blasingame, associate professor in the Department of English, College of Liberal Arts and Sciences

“Knowing how talented, devoted and knowledgeable our doctoral students are, I have always thought it was my job to help put them in the right place at the right time, so they could show the world what they know, what they are learning and how they are trying to change the world,” says Blasingame, who focuses on young adult literature, literacy, secondary writing instruction, preparing pre-service teachers and cowboy poetry.

Known affectionately by his students as “Dr. B,” his numerous teaching innovations include relationships forged with local high schools and literacy projects in which ASU doctoral students helped struggling readers, as well as programs such as the Mesa Writing Project – an experiential workshop on the teaching of writing for K-12 teachers, directed and co-directed by ASU English faculty and doctoral students.

“Professor Blasingame is a prominent national and international voice in the area of young adult and adolescent literature, teacher education, writing instruction and the Six-trait Writing Model,” writes Maureen Daly Goggin, a professor in the Department of English.

Before joining ASU in 2000, Blasingame spent 24 years in secondary education and is past president of the Arizona English Teachers’ Association.

His current and former students credit him with helping them to network in the field, publish and develop experience as teachers and scholars. Students also describe him as compassionate, unpretentious, inspirational and committed to the success of his students.

Blasingame has authored and co-authored more than 45 publications, including eight books, as well as book chapters, articles and editorials. Interviewed numerous times online and in print, he is also a book reviewer of young adult literature.

Marilyn Carlson, professor in the School of Mathematical and Statistical Sciences, College of Liberal Arts and Sciences

Carlson’s students praise her not only as a motivational force, but also for the extraordinary ways in which she champions their academic and future careers as math educators – from publishing, to independent research, to collaborative opportunities.

“Despite her position as one of the top members in our field, she never treats her graduate students as inferior to her,” writes Kevin Moore, a former student who is now assistant professor of mathematics education at the University of Georgia. “Instead, she treats them as equally contributing and valuable colleagues. This approach to mentoring sets high expectations for her students, and she helps her students meet these expectations by always interacting in a constructive, energetic and pleasant way.”

After joining ASU faculty in 1995, Carlson served as the director of the Center for Research on Education in Science, Mathematics and Technology (CRESMET) from 2003 to 2008 and also led the development of a doctoral concentration in mathematics education.

Under her leadership, CRESMET increased its supported research projects by 600 percent and she has been an investigator on a dozen projects funded by the National Science Foundation. Carlson has been invited to speak at numerous national and international conferences, and is a respected consultant to universities seeking to improve mathematics education.

Among her honors are a National Science Foundation CAREER award and the ASU President’s Medal for Team Excellence (awarded with distinction). She has also served as a member of the Eisenhower Advisory Board for the State of Arizona, on a National Research Council panel investigating advanced mathematics and science programs in U.S. high schools, and has participated in policy deliberations at state and national levels.

In addition to more than 150 publications and presentations, she has sponsored 45 graduate research assistants since she joined ASU, and served as major advisor or committee member for over 30 doctoral students.

Elizabeth Segal, professor in the School of Social Work, College of Public Programs

Segal is described by her students as a tireless and enthusiastic mentor who instills confidence and the motivation to achieve their dreams, as well as encouraging the highest standards of academic excellence.

Since joining ASU in 1995, countless students have benefited from her counsel as she has chaired and served on dissertation committees as well as informal mentoring.

“Professor Segal, in fact, has been our most influential faculty member in terms of working with students to initiate their publishing and research careers,” writes Steven Anderson, director of the School of Social Work, in his nomination letter. “She also treats students as adults and as colleagues; she is an active learner who values real collaborations with students in research development, as well as in idea generation more generally.”

As a strong proponent of diversity and social justice, Segal is credited with inspiring and attracting underrepresented minorities to ASU’s College of Public Programs, including women, all ethnic minorities, sexual orientations and ages.

“As a first-generation college student of Mexican immigrant parents who did not graduate from high school, it was difficult to find a faculty mentor at a large university during my bachelor’s and master’s degree programs,” says doctoral graduate David Becerra, now an assistant professor in the School of Social Work.

“Dr. Segal took the time to listen to my concerns and gave me the confidence I needed to complete my PhD. She has the unique ability to challenge students and push them to reach their full potential, but in a caring and supportive way.”

Social justice, poverty and inequality are major areas of Segal’s research and publications, as well as public service in institutes such as the Southwest Poverty Consortium and Arizona Human Rights Foundation.

During her professional career, Segal has delivered presentations worldwide and been interviewed on social issues such as immigration policies, promoting social justice, homelessness, social empathy and childhood poverty. She has authored or co-authored 10 books and over 90 other publications.

”One of my most rewarding academic experiences is working with doctoral students,” says Segal. “One of the most exhilarating points in my work is when one of my doctoral students challenges my thinking and we debate multiple sides of an issue. That academic exchange is priceless.”