Hieroglyph teams up writers, researchers to turn sci-fi into reality

How can we get people thinking more creatively and ambitiously about the future? This week ASU’s Center for Science and the Imagination is taking on this challenge by officially launching Hieroglyph, a collaborative project with renowned author Neal Stephenson.

The project teams up writers and other creative thinkers with scientists and engineers to write science fiction stories that envision a near future radically changed by technological innovation. Hieroglyph aims to break out of the gloomy, dystopian rut that dominates so many of our visions of the future by inspiring people to think critically and creatively about science, technology and society. 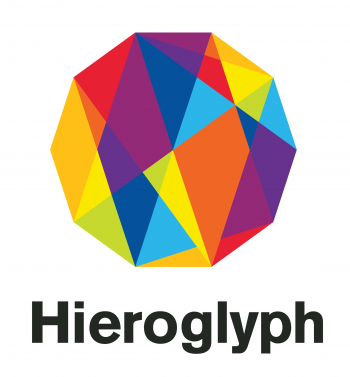 Join the conversation at hieroglyph.asu.edu, a new website designed to help writers and researchers work collaboratively, build communities around their big ideas for the future and share their stories and research with the world. The site will feature original content and creative conversations with leading writers and researchers at ASU and beyond. These stories, essays and interviews will serve as the foundation for an anthology of fiction and non-fiction under contract with HarperCollins.

Hieroglyph’s goal is to help create the necessary momentum to Get Big Stuff Done – to achieve ambitious, real-life technological breakthroughs that tangibly transform human futures. Stephenson argues that our global culture, our economies and our governments have invested in short-term, low-risk thinking and forgotten how to think big, take risks and invest in exploration.

“Any strategy that involves crossing a valley – accepting short-term losses to reach a higher hill in the distance – will soon be brought to a halt by the demands of a system that celebrates short-term gains and tolerates stagnation, but condemns anything else as failure. In short, a world where big stuff can never get done.”

By bringing writers and researchers together, Hieroglyph hopes to cultivate a different logic. The online platform and conversations driven by the project will support a “moonshot ecosystem” of innovative people, ideas and institutions dedicated to solutions. And science fiction has an integral role to play in this transformation.

“What science fiction can do better than almost anything else is to provide not just an idea for some specific technical innovation, but also to supply a coherent picture of that innovation being integrated into a society, into an economy, and into people’s lives. Often, this is the missing element needed to bring some new idea to life,” suggests Ed Finn, director of the Center for Science and the Imagination and assistant professor in the School of Arts, Media and Engineering and the Department of English.

Hieroglyph’s pilot project is the Tall Tower, a collaboration between Neal Stephenson and Keith Hjelmstad, Professor of Structural Engineering in ASU’s School of Sustainable Engineering and the Built Environment. The project began with a simple question: how tall can we build something? The Tower exemplifies Hieroglyph’s quest for ambitious, achievable ideas: it turns out that it might be possible to build 20km tall tower using high-grade steel within the next few decades. Stephenson, Hjelmstad and a growing circle of collaborators that now includes aerospace engineers, climatologists, architects and designers are hard at work solving structural problems and prototyping possible uses for such an immense structure.

“One of the things that excites me about this project is the fact that this question immediately lights up my students as well as my colleagues. It’s a problem that is both concrete and challenging, connecting engineers to the ambitions that led them to the field in the first place,” notes Hjelmstad.

Other leading writers collaborating on the Hieroglyph project include Karl Schroeder, Madeline Ashby, Gregory Benford and Brenda Cooper. Author, activist and techno-geek icon Cory Doctorow is working with Kip Hodges, director of ASU’s School of Earth and Space Exploration in ASU's College of Liberal Arts and Sciences, and other researchers on a story exploring the possibility of sending 3D printers to the Moon to build structures from lunar dust for humans to inhabit later.

Starting later this year, Hieroglyph will begin sharing the best work from professional science writers, researchers and community contributors at hieroglyph.asu.edu. The Center for Science and the Imagination invites everyone to participate by joining the Hieroglyph community to share ideas and insights about science, technology and the future.

Active military personnel, veterans and members of the aerospace/defense industry are invited to an open house and luncheon hosted by ASU Venture Catalyst.

Active military personnel, veterans and members of the aerospace/defense industry are invited to an open house and luncheon hosted by ASU Venture Catalyst at ASU SkySong on Friday, April 12, from 11 a.m. to 1 p.m. Attendees will tour the SkySong facility and learn about the programs and initiatives offered by Venture Catalyst for the military, defense and veteran communities, including:

• AREA48, a new formation space for entrepreneurs and innovators

Attendees also will have the opportunity to provide feedback on how Venture Catalyst can serve the military, defense and veteran communities.

ASU Venture Catalyst, part of ASU's Office of Knowledge Enterprise Development, accelerates high-potential startup companies by providing a range of services to faculty, staff and student entrepreneurs as well as to startups outside of ASU.