The team won with their proposal "Commons." This is the first year for the X-Act competition, which provides teams of students from the Herberger Institute for Design and the Arts with an opportunity to create work that engages the X-Square space.

X-Square is a sister competition which provides students with an opportunity to create a public installation that transforms a mundane area of the ASU Tempe campus into a social environment. X-Act challenges teams to integrate the X-Square space into their music, dance, film or other performance ideas.

Proposals were considered by a panel of jurors, including Elizabeth Johnson, project coordinator in the ASU School of Dance and choreographer, dancer and educator with a particular focus on youth and connecting communities through choreography; Mary Stephens, owner of Hostelling International – Phoenix Hostel and Cultural Center and producing director for the ASU School of Theatre and Film Performance in the Borderlands series; and Tania Katan, author, playwright, comedic performer and program coordinator for Scottsdale Museum of Contemporary Art Lounge.

"Commons" will be comprised of 100 ASU graduate and undergraduate students from various disciplines and departments. The ensemble will emerge from the X-Square installation in a choreographed sequence; theatrical lights and sound will build and immerse the audience. Live video of the performance will be projected onto the textured wall of the Art building west of the installation, not only activating X-Square but also the surrounding environment. As the ensemble moves from the installation to merge with the crowd, they will continue to perform.

“The piece inherently activates the space by reaching out to so many disciplines and getting people together, working together and making art,” explained the "Commons" team in its entry. The performance will end as they exit the crowd and move to a significant place on campus, continuing their choreographed sequence.

Two faculty members from ASU's School of International Letters and Cultures have been invited to become members of the Institute for Advanced Study.

The Institute for Advanced Study is one of the world’s leading centers for theoretical research and intellectual inquiry. Each year, approximately 200 scholars from about 100 universities and research institutions from more than 30 countries come to study at the institute, which was established to encourage and support fundamental research in the sciences and humanities.

Two faculty members from ASU's School of International Letters and Cultures, have been invited to become members of this prestigious organization: Stephen West, professor of Chinese, and Markus Cruse, associate professor of French. 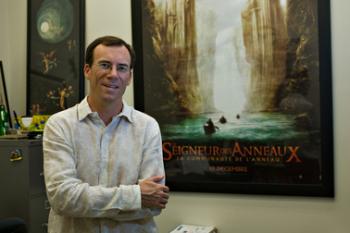 "I am extremely grateful to be selected for this honor," said West. "I look forward to spending a year of thinking, reading, writing and engaging with a group of brilliant and lively minds."

During his time at the institute, West will study the transitional period from the last days of the Jin dynasty to the reign of Kubulai Khan in the Yuan (ca. 1216–85) by looking closely at writings in Chinese that the Mongol conquest and its aftermath elicited from ethnic Chinese and second- and third-generation foreign writers. In doing so he hopes to counter a prevailing discourse that concentrates on the paralyzing brutality and destruction of the conquest and ask instead how it might have functioned as a catalyst for human engagement or reengagement with the material, cultural and social world through the act of writing.

Cruse's project will examine the oldest manuscript tradition of Marco Polo’s account of his travels to elucidate how this seminal work was read by its first readers, and how it influenced late medieval culture.

"The bibliography on Polo’s text (Le Devisement du monde) is extensive," says Cruse. "But there is no comprehensive study of the Old French manuscripts preserving its oldest forms. Most studies treat the Devisement as a single authoritative text, but the manuscripts show that it was copied with other accounts of Asia that often contradicted it, and was variously illustrated. Far from authoritative, the Devisement was a problematic text requiring compilation and images to aid its interpretation. The Devisement manuscripts reveal a late medieval debate over conceptions of the East still relevant today."

About being invited Cruse says, "I am excited, grateful and somewhat in disbelief at my good fortune. The institute offers what every researcher wants – time and resources. It adds the bonus of gathering other serious scholars into one community, and I am looking forward to meeting them and learning from them."

"It is extremely rare to have two scholars from the same university, and nearly unheard of to have two from the same academic unit, accepted as members in the same year," says Joe Cutter, director of the School of International Letters and Cultures. "We are honored to have professors West and Cruse represent ASU at the Institute for Advanced Study in Princeton next year."