For Alexander Baish, pressure to perform in pursuit of his doctoral degree is about more than getting good grades. How well he masters his engineering studies could to some degree widen or narrow a growing urban area’s path to a promising future.

Baish has a key role in a collaborative effort involving researchers at Arizona State University and Mexico’s Monterrey Institute of Technology and Higher Education (commonly shortened to Tec de Monterrey). They’ve formed the Water Innovation Consortium to do the groundwork for providing the city of Monterrey and its suburbs a modern and sustainable water resources management system. 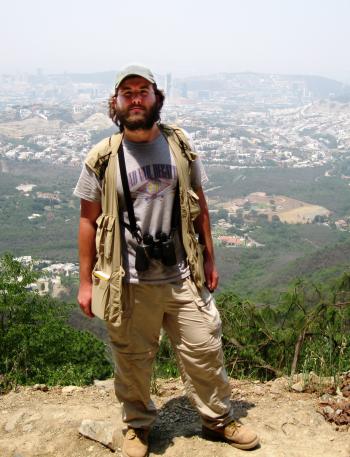 Monterrey is one of Mexico’s most prosperous cities. It’s looked to as an example of the kind of budding progressive center of commerce and culture the country’s leaders hope other major urban areas in Mexico can emulate.

But with a population of about four million – comparable to that of the greater Phoenix area – the region is far from fully prepared for the rapid economic growth and land development it has been experiencing, and its lack of quality water resources infrastructure could threaten its opportunities for success.

“Rapid development can be destructive, so [the Monterrey area] faces big challenges in trying to protect natural resources,” says Baish, who is working toward a Ph.D. in the School of Sustainable Engineering and the Built Environment, one of ASU’s Ira A. Fulton Schools of Engineering.

“They need systems that can give them a sense of stability and assurance about their ability to handle growth,” he says.

Among the most critical of those challenges are ensuring access to an adequate water supply and the safety of that water, and providing extensive flood protection. The need for the latter became dramatically more clear when a rampaging flood resulting from Hurricane Alex pummeled the region last year.

Baish’s adviser, Enrique R. Vivoni, an associate professor in both ASU’s School of Sustainable Engineering and the Built Environment and the School of Earth and Space Exploration, is a leader of the consortium – one of several sustainability projects Vivoni is conducting in Mexico.

Vivoni sent Baish to Monterrey last spring for a month of field work and data collection with partners at Tec de Monterrey.

“This was an an opportunity for Alex to understand the local socioeconomic context and to experience  first hand   the challenges of water resources management in developing countries,“ Vivoni says.

Baish is involved in providing the region’s leaders a more comprehensive picture of the water resources they can potentially tap into for future use, and properly preparing them to protect the growing city from another major flood event.

He is producing simulations that account for the topographical, environmental and meteorological conditions that made the area so vulnerable to flood waters from the Hurricane Alex storm. This entails a detailed reconstruction of the Monterrey flood event, using cutting-edge technologies and methodologies – including satellite data on precipitation and distributed hydrologic modeling.

The consortium’s researchers are also drawing on the urban planning and natural resources development planning capabilities of the Decision Theater, a part of the university’s Global Institute of Sustainability.

The storm brought as much rain in three days as normally falls on the region in an entire year. It ripped up parts of highways and bridges, damaged railroads, flooded homes – leaving many without water and electricity – and buried cars and small structures under massive flows of mud and rocks, shutting down businesses and services.

“You can still see a lot of damage after more than year of clean-up work,” Baish says.”The storm put into sharp focus the need Monterrey’s leaders have long recognized for changing their approach to water resources management. The damage showed the full extent of what they city’s population could face in the future if real change is not made.”

He’s working on hydrological models to serve as a guide for designing and constructing systems to protect the area from such damage.  But what makes the project more exciting for him is that it also involves engaging in the public policy aspects of solving a city’s problems.

He is helping set up workshops to educate the local populace and its government, industry and community leaders, and prepare them to contribute to the design process.

“This is not just technical advisory work. This marries the technological side to the social side of engineering,” Baish explains. “We are trying to institute a new paradigm in water management development. This means integrating [public involvement] into your water resources system modeling.”

The goal is to ensure people understand the challenges and can come to a consensus on the solutions. “That’s how they will gain faith in what the engineers are doing,” he says. “Earning that faith will be the measure of success.”

The project is enabling Baish to do precisely what lured him to ASU for graduate studies after earning an undergraduate degree at Johns Hopkins University in environmental engineering and global environmental change and sustainability.

“I want to focus on promoting holistic approaches to economic and land development,” he explains. “Developing countries offer a much more untouched palette for getting that done right the first time around.”

In his search for a doctoral program, Baish says, “I was told ASU is one of the few places doing work with this new kind of approach. That’s why I’m here.”

Through the Water Innovation Consortium, Vivoni says, Baish is getting the chance to make a substantial contribution to ASU researchers’ pioneering efforts to merge hydrosystems engineering and sustainability planning.

“Our goal is to help improve the decision-making that will shape the futures of developing countries,” Vivoni says.

Already recognized as one of the top business schools in the nation, ASU's W. P. Carey School of Business is now building on its achievements with an update of its MBA curriculum.

Already recognized as one of the top business schools in the nation, the W. P. Carey School of Business at Arizona State University is now building on its achievements with an update of its MBA curriculum. The school designed changes based heavily on feedback from successful business leaders and alums. The objective is to better prepare MBA grads for the tough job market and evolving business environment, now and well into the future.

“We focused on three areas significantly shaping the business world right now,” said Robert Mittelstaedt, dean of the W. P. Carey School of Business. “We are changing the way students learn and apply world-class practices in leadership, the global marketplace and critical thinking/decision-making across all business subjects, so graduates can immediately add value in the real world. Every CEO will tell you that great technical skills won’t overcome a lack of leadership in career success.” 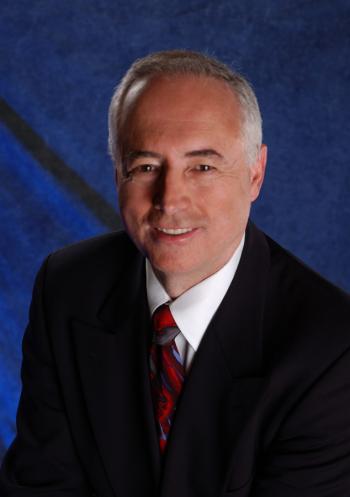 The W. P. Carey School of Business already has a very high placement rate for its graduates. More than 1,300 recruiters and job postings come to the school annually. Arizona State University, overall, recently ranked No. 5 in the nation for recruiter preference in a survey by The Wall Street Journal. However, the school is committed to continue giving its MBA students the best possible advantages in landing their first jobs and in building successful long-term careers.

The school’s executive MBA program will have one of the most forward-thinking leadership sequences at any business school. It begins with a 360-degree peer review process for every student, followed by creation of a customized professional development plan, participation in a high-impact leadership course, real-time feedback from members of their own companies, individualized meetings with an executive coach, leadership skills workshops, a thought leadership speaker series with prominent business leaders, and a final 360-degree review at the end of the program. Companies sending students to this program can expect direct application of what is learned.

The school’s full-time MBA students will also take part in leadership activities spread throughout their two-year program, including peer reviews and required organizational leadership training. They will participate immediately in personal-branding lessons, resume workshops and mock job interviews. They also will take a required business communications class, since company officials have emphasized how much this is needed for business graduates.

Besides adding extra depth to its leadership experience, the evening MBA program is also supplementing classroom work with technology-driven components, including podcasts, simulations and multimedia tools.

“We’re also emphasizing more team-teaching across courses,” said Stacey Whitecotton, associate dean of the W. P. Carey MBA. “Our world-renowned faculty members know this is the way decisions are made in the real world – using many business disciplines, not just one – so we are applying that principle in our programs.”

To emphasize the increasing worldwide connectivity of businesses, global business cases will play a larger role in all courses and MBA formats. Because of interest in new business ventures and creating more entrepreneurial cultures in large organizations, an entrepreneurship class will be required for all full-time and executive MBA students. Every full-time MBA student will be required to help create a business plan.

U.S. News & World Report currently ranks the W. P. Carey School of Business No. 27 in the nation for its full-time MBA program and No. 17 for its evening MBA program. The Wall Street Journal ranks the school’s Phoenix-based executive MBA program No. 13 in the world. The school also offers one of the best-established, most highly regarded online MBA programs from any university.

For more information about the MBA programs offered at the W. P. Carey School of Business, visit www.wpcarey.asu.edu/mba.