Health and the environment: a closer look at plastics

Rolf Halden, a researcher at ASU’s Biodesign Institute, has been following the chemical trail of plastics, quantifying their impact on human health and the environment. In a new overview appearing in the journal Reviews on Environmental Health, Halden and his co-author, ASU student Emily North, detail the risks and societal rewards of plastics and describe strategies to mitigate their negative impacts, through reconsideration of plastic composition, use and disposal. 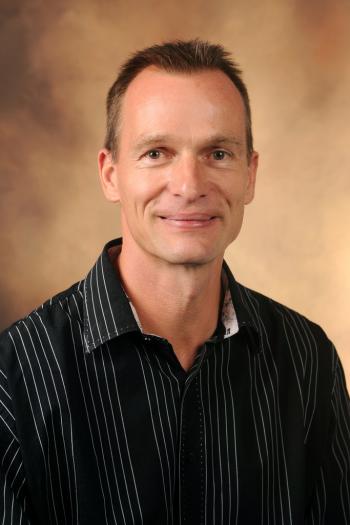 “We are in need of a second plastic revolution," Halden says. "The first one brought us the age of plastics, changing human society and enabling the birth and explosive growth of many industries. But the materials used to make plastics weren’t chosen judiciously and we see the adverse consequences in widespread environmental pollution and unnecessary human exposure to harmful substances. Smart plastics of the future will be equally versatile but also non-toxic, biodegradable and made from renewable energy sources."

Plastics are made up of a network of molecular monomers linked to form macromolecules. These versatile chemical structures come in enormous varieties and today over 20 major forms of plastics exist.  Plastics are typically lightweight and biocompatible. Along with their myriad uses in everyday life, plastics fulfill many needs in the public health arena, where they are found in items including absorbable sutures, prosthetics and engineered tissues.

Further, plastics may be manufactured at low cost using little energy and their adaptable composition allows them to be synthesized in soft, transparent or flexible forms suitable for a broad range of medical applications.  Because they can be readily disposed of, items like latex gloves, dialysis tubes, intravenous bags and plastic syringes eliminate the need for repeated sterilization, which is often costly and inefficient. Such single-use items have had a marked effect on reducing blood-borne infections, including hepatitis B and HIV.

Many varieties of polymers are produced to meet the expanding needs of modern medicine. Polymer chemistry is used to produce sophisticated drug delivery systems for the pharmaceutical industry; material to cement bone for hip replacements is made with polymer polymethylmethacrylate and polymer scaffolds are revolutionizing the practice of tissue engineering.

Researchers like Halden have shown, however, that the benefits of global plastics use can come at a steep price in terms of both human and environmental health. Continuous contact with plastic products, from the beginning to the end of life has caused chemical ingredients – some with potentially harmful effects – to form steady-state concentrations in the human body.

In recent years, two plastic-associated compounds have been singled out for particular scrutiny, due to their endocrine-disrupting properties: Bisphenol A (BPA) and di-(2-ethylhexyl)phthalate (DEHP). Studies of bioaccumulation have shown that detectable levels of BPA in urine have been identified in 95 percent of the adult population in the United States and both BPA and DEHP have been associated, through epidemiological and animal studies, with adverse effects on health and reproduction. These include early sexual maturation, decreased male fertility, aggressive behavior and other effects. Concern over BPA exposure, particularly for highly vulnerable members of the population, has recently led the Food and Drug Administration to place a ban on BPA use in infant bottles, spill proof cups and other products intended for infants and toddlers.

Similar issues exist with DEHP, a plasticizer found in polyvinyl chloride (PVC). Because this additive is not tightly bound to the plastics in which it is used, the potential exists for DEHP to leach out and enter the body, causing unwanted exposure and affecting health. Both animal and human studies suggest DEHP may produce harmful effects, including insulin resistance, increased waist circumference and changes to male and female reproductive systems.

A variety of other plastic-related chemicals are currently under evaluation by Halden’s group for their adverse effects on health and the environment. These include polyhalogenated flame retardants, polyfluorinated compounds and antimicrobials containing plastic additives such as triclosan and triclocarban.

While researchers are still at the early stages of assessing the risks to human health posed by plastics use, negative impacts on the environment have been a growing concern for many years. More than 300 million metric tons of plastics are produced worldwide each year. Roughly 50 percent of this volume is made up of products disposed of within one year of purchase.

Plastics today represent 15 to 25 percent of all hospital waste in the United States. Some newer plastics are biodegradeable, but the rest must be incinerated, disposed of in landfills, or recycled. All of these methods have drawbacks and carry environmental risk, as the new study explains.

Biodegradeable plastics may break down in the environment into smaller polymer constituents, which may still pose a risk to the environment. Incineration liberates greenhouse gases associated with climate change. Landfilling of plastics, particularly in the enormous volumes now produced, may be an impractical use of land resources and a danger exists of plastics constituents entering the ground water. Finally, recycling of plastics requires careful sorting of plastic material, which is difficult. Recycled plastics tend to be of lower quality and may not be practical for health care and other applications.

Infographic on dangers of plastics

As Halden explains, the problems posed by plastics need to be addressed on several fronts, and current research offers significant hope for improvements to human and environmental health. Better biodegradeable plastics are now being developed using carbon dioxide and carbon monoxide compounds and applying metal complexes as catalysts.

The use of disposable items is also undergoing a reevaluation, in light of the potential environmental toll. In some cases, reusable plastic products are gaining ground, and estimates suggest the potential for a 50 percent reduction in medical equipment costs. Almost a quarter of all U.S. hospitals are now using reprocessing to decrease disposable waste.

“Many current types and consumption patterns of plastics are unsusustainable, as indicated by harmful plastic components circulating in our blood streams and multiple giant garbage patches of plastic debris swirling in the world’s oceans.  Continued use of plastics into the future will require us to redesign these indispensible materials of daily life to make them compatible with human health and the ecosystems we rely on,” says Halden.

Rolf Halden has been appointed to lead a new effort to protect human health and critical ecosystems, called the Center for Environmental Security (CES) at Ariziona State University. The goal of the Center is to protect human populations and the planet by detecting, minimizing and ultimately eliminating harmful chemical and biological agents through engineering interventions

Ferran Garcia-Pichel, an internationally recognized microbiologist, has been appointed dean of natural sciences in ASU's College of Liberal Arts and Sciences.

Ferran Garcia-Pichel, an internationally recognized microbiologist, has been appointed dean of natural sciences in Arizona State University’s College of Liberal Arts and Sciences. He most recently served as professor and associate director of research and training for ASU’s School of Life Sciences.

Garcia-Pichel assumes the leadership role held previously by professor Robert E. Page Jr.  Page continues in his position as university vice provost and dean of the College of Liberal Arts and Sciences.

“Professor Garcia-Pichel is a master teacher and a committed academic leader,” ASU President Michael M. Crow said. “He is a renowned scholar in the natural sciences and has a deep understanding of the vital, exciting and interconnected role they play in our world. Highly respected by the faculty, staff and students, he is exceptionally positioned as dean to help the college attain the ambitious goals before it.”

“Ferran Garcia-Pichel is a superb and broad scientist who has shown his ability to lead groups of researchers and make hard decisions about allocation of resources,” said Executive Vice President and University Provost Elizabeth D. Phillips. “He is an excellent choice to lead our continued progress in the natural sciences.”

Garcia-Pichel's research investigations range from the desert’s biological soil crust communities and cyanobacteria, to microbial sunscreens and biosignatures. He joined ASU in 2000, participating actively in the foundation of the School of Life Sciences, where he has served as associate dean of facilities, associate director for research and training initiatives, and chair of the microbiology graduate program.

“Ferran Garcia-Pichel has more than 12 years of service at ASU and is a faculty exemplar,” Page said. “His investments in undergraduate and graduate educational reform, interdisciplinary research and collaborations in biology, earth and space studies, chemistry and engineering make him ideal for this position.”

“The natural sciences are at the core of the university’s ability to fulfill its missions in education and research,” said Garcia-Pichel. “As a whole, they provide access to the scientific world view to a large number of students, and allow many of them to delve in state-of-the-art programs of research during their college years. The sciences are paramount in helping produce the highly skilled graduates that are required to achieve and sustain prosperity in Arizona and the Nation in the near future.”

“The excellence of the natural sciences at ASU is largely based on the hard work and brilliance of the faculty, staff and students in its departments and centers,” noted Garcia-Pichel. “I am excited about the possibility of leading the efforts in these units so that the whole exceeds the sum of its parts.”

Garcia-Pichel received his Licenciatura con Grado in science (M.S.) at the Autonomous University of Barcelona, Spain, and his master's and doctorate from the University of Oregon in microbiology. Prior to his position at ASU, he was a researcher at the Max Planck Institute for Marine Microbiology in Germany. In addition to his appointment at ASU, he is an affiliated scientist with the Lawrence Berkeley National Laboratory, Calif., and research associate with the Smithsonian Tropical Research Institute in Panama.

Garcia-Pichel speaks five languages and has authored or co-authored more than 100 articles in prestigious journals. He is also a former Fulbright scholar, an elected fellow of the American Academy of Microbiology and a Distinguished Lecturer from the American Society for Microbiology.

The College of Liberal Arts and Sciences was established in 1953 and is the largest ASU college, with more than 21,000 students and 753 tenured or tenure-track faculty. In his role as dean of natural sciences, Garcia-Pichel will oversee all natural sciences academic units and centers.