Tuberculosis is an old foe. A 500,000-year-old human fossil discovered in Turkey bears telltale signs of the disease, which today continues to wreak havoc, killing an estimated 2 million per year, according to the World Health Organization.

Josephine Clark-Curtiss, a researcher at Arizona State University’s Biodesign Institute has been exploring new lines of attack against Mycobacterium tuberculosis, causative agent of tuberculosis. In work carried out at the Institute’s Center for Infectious Diseases and Vaccinology, under the directorship of her husband, Roy Curtiss III, a new class of vaccine candidates is being investigated. 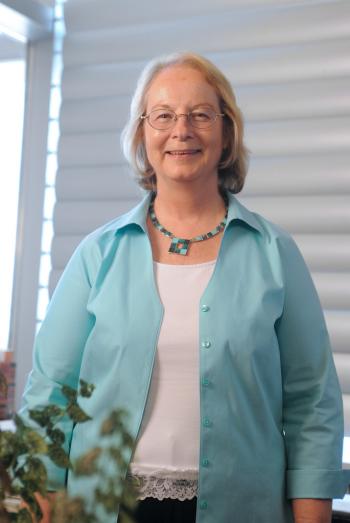 Recently, Clark-Curtiss and her colleagues have demonstrated the effectiveness of several recombinant attenuated Salmonella vaccine (or RASV) strains in two studies appearing in the journal Infection and Immunity. The team’s results underline the promise of new vaccines against the disease that provide better protection than immunization with Mycobacterium bovis Bacillus Calmette-Guérin BCG – the currently available vaccine – along with improved practicality, flexibility of use, and importantly, cost.

Tuberculosis is one of the three leading infectious diseases, (along with malaria and AIDS), classified as serious global health threats. While advances in the developed world have been largely effective in combatting tuberculosis, once a major killer in the US and Europe, the pace of new TB cases in much of the developing world continues on a frightening upswing.

M. tuberculosis is responsible for more deaths than any other single bacterial pathogen and its occurrence in conjunction with other deadly microbes – particularly the HIV virus – has cut a broad swath of destruction through many regions of the globe whose medical resources are ill-equipped to deal with the flood of cases. In 2009 alone, the World Health Organization reported 9.4 million new cases of the disease, and notes that roughly one third of the world’s population has been infected with M. tuberculosis.

Carriers of the bacteria are vulnerable to developing the disease should their immune systems become compromised due to age, poor nutrition or some medical condition. Prior to this, the bacteria are able to persist in the body in a non-replicating state of dormancy for years at a time.

A more thorough understanding of tuberculosis is essential for the formulation of better therapeutics to treat the disease and more effective protective vaccines.

Recombinant attenuated Salmonella vaccines (RASV) hold much promise in the fight against a range of deadly diseases, including hepatitis B, cholera, typhoid fever, AIDS and pneumonia. To formulate such vaccines, Salmonella bacteria are modified, eliminating the virulence factors associated with their notorious disease-causing abilities and outfitting them with key protein antigens from the pathogen to be vaccinated against.

Genes encoding bacterial, viral, tumor or parasitic antigens may be inserted into Salmonella, making the bacterium a particularly versatile vaccine vector. Such RASV strains can be manufactured at low cost, do not require refrigeration during distribution and are delivered orally – huge advantages, particularly in the developing world.

While other types of pathogens have been similarly applied as cargo vessels to carry disease antigens for vaccination, Salmonella is particularly well-suited for the purpose. Ingestion of the Salmonella-based vaccine stimulates all three branches of the immune response, conferring mucosal, humoral and cellular immunity, following colonization of the intestinal tract, lymph nodes, liver and spleen.

The Curtiss group has fine-tuned various versions of RASV systems, increasing their safety, efficacy, tolerability and immunogenicity.  Through clever genetic manipulation, the attenuation, antigen synthesis and lysis of the Salmonella vector can be precisely controlled, significantly improving the vaccine’s effectiveness.

Delaying Salmonella attenuation ensures that the bacterium elicits a robust, system-wide immune response before its virulence falls off. Synthesis of the disease antigen is also tightly controlled temporally, for maximum immunological impact. Finally, the Salmonella carrier ship may be set to self-destruct in vivo once its antigen-production activities have been successfully completed. This cellular lysis occurs because the modified strains require specialized sugars available in the lab, but absent in the human body. Once the bacterium exhausts its stores of specialized sugar, it is unable to sustain the integrity of its cell wall, and bursts.

The current studies appearing in Infection and Immunity describe the latest efforts at designing effective RASV strains against tuberculosis. Using a mouse model, the group, spear-headed by the efforts of Dr. Maria Dolores Juárez-Rodríguez, demonstrated that oral immunization with an RASV strain synthesizing a fusion of protein antigens to tuberculosis provided significant protection against aerosol challenge with M. tuberculosis, comparable to immunization with M. bovis BCG administered subcutaneously.

In one of the two studies, the protective efficacy imparted by RASV vaccine strains was compared with the dose of antigen each strain expressed and delivered to the cytoplasm of host cells. RASV strains designed to engage the responses of protective T cells were shown to be highly effective, significantly reducing the quantities of  M. tuberculosis bacteria in the lungs and spleens of immunized mice.

The traditional BCG vaccine, in use for over 80 years, is effective at protecting newborns and children from complications of the disease, including meningitis, but does not confer long-term protection from infection. Further, effectiveness of the BCG vaccine in adults varies considerably from 0 to 80 percent. By contrast, an orally-delivered RASV vaccine is expected to be broadly effective in populations. The Clark-Curtiss/Curtiss TB research team are continuing to develop improved RASV-M. tuberculosis systems into safe, efficacious vaccines that confer long-lasting protection against infection with M. tuberculosis.

Join us from 3 p.m. to sunset, June 5, at Tempe Town Lake to watch the transit of Venus - a rare event that won't happen again in your lifetime.

On June 5, Venus will pass between Earth and the Sun and will be visible from Arizona from around 3 p.m. until sunset. This is the last time in your lifetime to witness this rare astronomical event so don’t miss it; it won’t happen again until 2117. Use this rare event as an opportunity to learn a little more about our very own star, the Sun.

ASU's "Astro Devils" Astronomy Club will be at Tempe Town Lake from 3 p.m. until sunset on June 5 for the Venus transit. They will have solar telescopes set up and will be handing out solar glasses for the public to view the transit of Venus with. Students will be on hand to answer any questions the public may have about this once-in-a-lifetime event. You can find the sky-watchers at the Tempe Beach Park, located at: 54 West Rio Salado Parkway, Tempe, AZ 85281 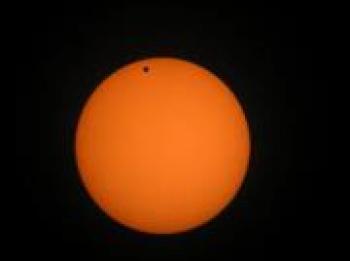 You can find out more about this event by visiting the Facebook event page: Transit of Venus.