Next month a group of some of Arizona’s most unsung heroes will come together to celebrate a commitment to fostering the future of understanding, diversity and equality. 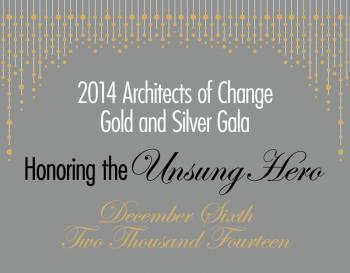 The fundraiser is scheduled to begin with a 5 p.m. reception and 6 p.m. dinner program.

The eight honorees are:

“This award was created to honor, recognize and highlight the exceptional contributions of those unsung heroes in our midst who have demonstrated exemplary commitment to cultural awareness, civic engagement, bridge-building and inclusiveness throughout the community and in their personal lives,” said Matthew C. Whitaker, ASU Foundation Professor of History in the College of Letters and Sciences and founding director of the Center for the Study of Race and Democracy.

“For people who value diversity and are willing to consider a wider worldview, there is nothing like the experience of being associated with the Center for the Study of Race & Democracy as an Architect of Change,” Whitaker said.

Phoenix resident Vada O. Manager will be recognized as the 2014 Architect of the Year for his longtime civic engagement.

Manager began his career as a gubernatorial-appointed member of the Arizona Board of Regents that governed the state’s approximately $800 million university system while still an undergraduate. Manager graduated from Arizona State University where he was inducted into the College of Liberal Arts and Sciences Hall of Fame in 1999.

Prior to forming his consultancy in 2009, Manager served as senior director of Global Issues Management for NIKE, Inc. and was a member of the board of directors of Ashland Inc., a Fortune 500 global specialty chemical company. He has also served in a similar capacity for Levi Strauss & Co. and is the chairperson of a special advisory committee for the U.S. Military Academy at West Point, and previously on the ASU Alumni Council. He is an inductee in the ASU Hall of Fame and was also named Sports Executive of the Year by Rainbow-PUSH.

The funds raised will support the Center for the Study of Race & Democracy's mission as a hub of scholarly activity at ASU and a source of expert opinion and professional support on matters of race and democracy, and increase the collective awareness and appreciation for the richness of diversity in our society.

The evening will also feature performances by spoken word artist Tomas Stanton and “Black Women Walking,” a one-act play that highlights the extraordinary achievements of the greatest female leaders in African-American history, as well as music by DJ SugarBear.

Ticket prices for the event start at $200.

For information how to purchase tickets or become a sponsor, please call 602-496-1451 or visit http://csrd.asu.edu/gala

Office of Business and Finance Community_old

To celebrate the closing of another exciting season of Sun Devil Football, American rock band The Fray will put on a free concert following the Saturday, Nov. 22 game against Washington State.

To add to the fun and excitement of the day, American rock band The Fray is set to perform a free live concert in Sun Devil Stadium following the last football home game of the season on Saturday, Nov. 22.

The free concert will celebrate the closing of another exciting football season featuring our No. 13 Sun Devils, as they take on the Washington State Cougars. Game kick-off is at 11 a.m. at Sun Devil Stadium. 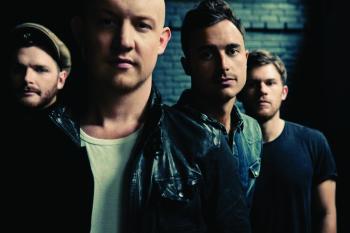 The concert will take place 15 minutes after the end of the football game on the field at Sun Devil Stadium, in front of the Inferno, ASU's designated student section, and will last for one hour.