Jobana Westbay has the soul of an artist. 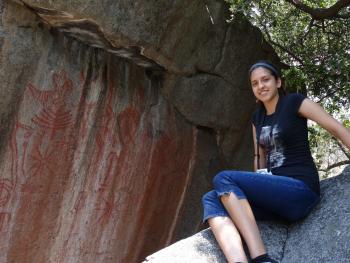 She takes time to appreciate the beauty in the world, whether it’s in the form of cascading waves at Monterey Bay in California — which she recently visited for the first time — or the “unusual time signatures and emotional depth” of jazz music.

She has always had a penchant for mathematics and the sciences, too, though. That’s why she was attracted to the Technological Entrepreneurship and Management Program at Arizona State University.

“I have always liked science and math, as well as the creative arts. So the interdisciplinary approach of the major seemed perfect for me,” she says.

Born and raised in Yokohama, Japan, the 18-year-old Barrett Polytechnic student hadn’t even heard of the word “entrepreneurship” until her senior year of high school when she took an introductory college business class online. But, she says, “I instantly knew that I was interested in it.”

Leaving your home country to attend a university halfway across the world might seem intimidating to some, but Westbay knew at a young age that she wanted to pursue higher education outside of Japan.

She demonstrated her commitment by opting out of the Japanese public school system, which she had been in her whole life, and entering an American virtual homeschool program to make her eventual transition to college in the U.S. easier.

Though she encountered some challenges with homeschooling, such as not being able to ask questions easily, Westbay met them head on, taking it upon herself to do the extra work.

“It forced me to go online and find other resources to improve my understanding of many subjects, which enriched my studies,” she says. “And having to rely on myself to schedule my studies improved my study and organizational skills.”

Westbay was accepted into several American universities, but she chose ASU for a number of reasons.

“The different organizations and other opportunities that ASU offers really drew me to this school. … ASU offers practically anything you could think of,” she says.

And she plans to take full advantage of that, having already looked into some of ASU’s various entrepreneurial programs, like the Grand Challenge Scholars Program.

Westbay also looks forward to joining a music ensemble (she has played clarinet since the seventh grade, and also plays some piano, guitar and the Japanese bamboo flute), playing intramural sports and participating in organizations for cultural exchange.

“After homeschooling and being limited to very few extracurricular activities, the huge number of organizations is very exciting, and I am anxious to try new things.”

Flavio Marsiglia's work on diversity, substance use and youth development is regarded to be among the best and most influential in the field, and it's why he is one of four ASU faculty members recently named as a Regents' Professor for 2014-2015.

Tempe campus , School of Civic and Economic Thought and Leadership , ASU Foundation , The College of Liberal Arts and Sciences

Editor's note: This is the first installment in a weekly series about ASU's new Regents' Professors.

Addiction rates in America continue to rise, with recent research suggesting one in every 10 people older than 12 are addicted to drugs or alcohol. 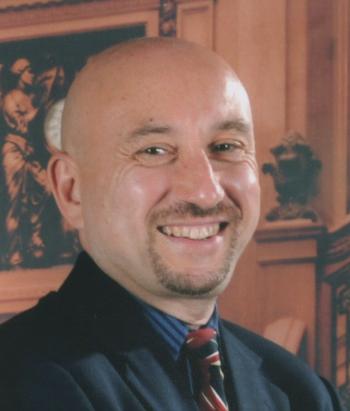 Flavio Marsiglia is the director of the Southwest Interdisciplinary Research Center in ASU’s College of Public Service and Community Solutions. He was recently named a Regents' Professor for 2014-2015. Download Full Image

The reality of these numbers can be troubling, but Flavio Marsiglia sees hope by focusing on prevention, specifically targeting youth ages 12 to 14.

“Our society is filled with drugs — chiefly alcohol and cigarettes — and it’s not realistic for people not to use. However, we must delay initiation as long as possible,” said Marsiglia, director of the Southwest Interdisciplinary Research Center in ASU’s College of Public Service and Community Solutions.

“Research shows that the teen brain isn’t fully developed and if they are initiated with drugs or alcohol at that age, they reach addiction much quicker.”

Marsiglia’s work on diversity, substance use and youth development is regarded to be among the best and most influential in the field, and why he is one of four Arizona State University faculty members recently named as Regents' Professors for 2014-2015.

The designation is considered the highest faculty honor at the university and is given to professors who have made exceptional achievements and international distinction.

“Flavio is doing research that is exceptional in every sense,” said Jonathan Koppell, dean of the College of Public Service and Community Solutions. “He is an internationally recognized expert on health disparities and minority health research who has not only brought innovative ideas to the forefront, he has brought communities together to enact solutions.”

After relocating to ASU, Flavio and his colleagues’ multicultural, school-based substance-use program, Keepin’ it REAL, was developed for Phoenix-area youth ages 12 to 14 in the mid-1990s. The program uses a 10-week lesson curriculum taught by trained classroom teachers in 45-minute sessions, with booster sessions delivered the following school year. It’s designed to help students assess the risks associated with substance abuse, enhance their decision-making and offer up resistance strategies. The program has been implemented in all 50 states as well as in Australia, Canada, Guatemala, Mexico, Spain and the United Kingdom, among other countries.

Thanks to a National Institutes of Health grant, Marsiglia has tweaked the program in the past few years, gearing it toward Mexican immigrant youth and their parents. Families Preparing the New Generation is currently being implemented in middle schools by getting parents and their children discuss the pressures of adjusting to a new culture.

“It’s tough to be a kid from another culture and have to navigate a complex and fast society,” Marsiglia said. “These youths tend to become Americanized very quickly and learn the language faster than their parents. It stirs this feeling inside that they have become smarter than their parents, and it creates a vacuum.”

The NIH awarded Marsiglia’s team additional funding for a new program, which focuses on American Indian substance prevention, with a $2 million grant. He says despite the constant attention on drugs and substance abuse in youth, he sees legitimate power in prevention.

“Most kids do not use alcohol or other drugs, and we as a society tend to focus on the ones who do,” Marsiglia said. “We do, however, need to educate and equip all youth with tools for prevention. Above all else, I want to be an advocate for prevention.”