Randall McDaniel is being honored with the Alumni Achievement Award – one of the most prestigious awards given by the Alumni Association – for his contributions as an athlete, an educator and a community leader.

McDaniel’s athletic prowess became evident early in his life. He was a three-year varsity football and basketball starter at Agua Fria High School in Avondale, Ariz. At ASU, he played on the Sun Devils offensive line and was named a First Team All-America pick in 1986 and 1987. He was later named to ASU’s All-Century Team and inducted into the university’s Sports Hall of Fame, as well as the Arizona State Football Ring of Honor. 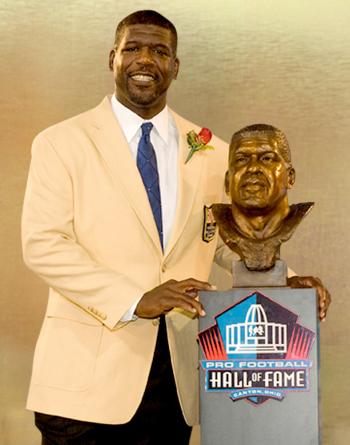 McDaniel retired from professional football in 2001 and immediately began working full-time as a basic skills instructor in Robbinsdale, Minn., area schools. He currently works in a similar capacity in second grade special education in the Westonka (Minn.) Public Schools.

His volunteer efforts include operating Team McDaniel, a middle-school program that empowers students to make a difference in their communities through volunteerism.

Stephen Teglas is being honored with the Alumni Achievement Award for his visionary work with The Walt Disney Co. and his contributions to a pioneering partnership between the company and ASU.

Stephen Teglas is being honored with the Alumni Achievement Award – one of the most prestigious awards given by the Alumni Association – for his visionary work with The Walt Disney Co. and his contributions to a pioneering partnership between the company and ASU.

Teglas joined the Disney Store in 1993. He became vice president/general manager of Fashion & Home of Disney Consumer Products, North America, in 2008. In this role, Teglas has pioneered strategy relating to Disney’s licensed products aimed at the “tween” (nine- to 12-year-old children) demographic, including the emphasis on fashion as a major component of the brand for young female consumers. 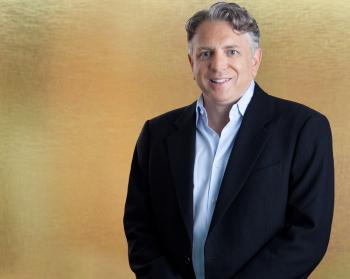 An avid Sun Devil, Teglas has been instrumental in building a relationship between Disney and ASU. He shaped a joint trademark licensing arrangement that will result in a variety of merchandise that will feature Sparky with Mickey Mouse and other Disney characters.

He also has been involved in ASU’s InnovationSpace program, creating a Disney sponsorship in which students from design, engineering and business work with Disney representatives to develop product and service concepts for children in the areas of health and sustainability.