Blood tests have been a mainstay of diagnostic medicine since the late 19th century, offering a wealth of information concerning health and disease. Nevertheless, blood derived from the human umbilical cord has yet to be fully mined for its vital health information, according to Rolf Halden, a researcher at Arizona State University’s Biodesign Institute.

In a new study appearing in the journal Environmental Health Perspectives, Halden’s team performs detailed analyses of umbilical cord blood (UCB), identifying a total of 1,210 proteins using mass spectroscopy. The findings represent a 6-fold increase in the number UCB proteins thus far described – a significant advance: “Mapping of the full spectrum of proteins detectable in cord blood is the first, crititcal step in the discovery of biomarkers to improve human health,” Halden says. 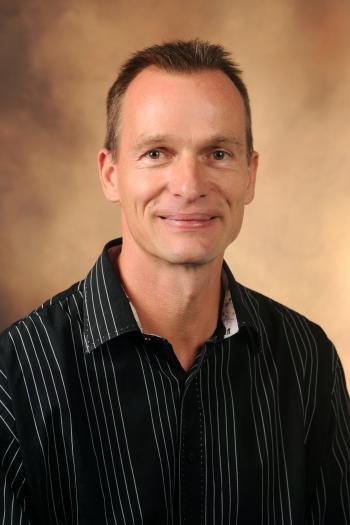 The proteins identified are associated with 138 different metabolic and disease pathways and provide invaluable information for the identification of biomarkers – early warning indices of disease, toxic exposure or disruptions in cellular processes. In addition to presenting intriguing candidates for new biomarkers in UCB, the study also identified 38 proteins corresponding to existing FDA-approved biomarkers for adult blood.

The UCB samples were pooled from 12 newborns, whose maternal backgrounds varied in terms of ethnicity, educational background, body weight, exposure to environmental toxins and also, to cigarette smoke. The research improves prospects for early disease diagnosis, by prioritizing biomarkers based on known proteins linked with disease.

According to Halden,  the use of UCB as a diagnostic tool offers a number of attractive advantages. It is a readily acquired diagnostic biofluid – no invasive procedures are needed and relatively large volumes of fluid can be easily obtained. With the aid of modern high-throughput mass spectroscopy, UCB can be rapidly screened to reveal hundreds of proteins in parallel from a single sample having a volume of as small as 1/125th of an ounce. Most importantly, such early screening may provide critical information on likely health trajectories for newborns.

For a wide variety of diseases, early detection offers the best prospect for successful intervention and treatment. Further, many adult afflictions including chronic heart and kidney disease, diabetes and obesity may have their roots in fetal and early childhood development. Previous research has already established a well-documented link between fetal exposure to certain environmental contaminants and unfavorable health outcomes, for example in the case of in utero exposure to cigarette smoke constituents.

Halden’s team hoped to expand knowledge of the UCB protein content or proteome, using a limited starting volume of fluid. This is important, as cord blood is a precious resource, exploited for other medical uses. Stem cells obtained from UCB for example are used for bone marrow transplantation and other therapeutic purposes. Once UCB proteins were identified in the tested sample pool, they were compared with known and proposed biomarkers in order to produce a concise list of candidate proteins of diagnostic value in medicine.

The team sought to comprehensively evaluate the diagnostic potential of the UCB proteome, with minimal bias relating to individual health histories. To do this, samples from the 12 newborns were combined into a composite. Among the UCB donors, 6 were African American, 5 were Caucasian and one was Asian.

Of the proteins detected in UCB, around 25 percent were previously detected in adults. Halden’s group was able to obtain the protein data with as little as 240 microliters of blood. He emphasizes that new methods for evaluating UCB for newborns are highly desirable, given a spectrum of disorders of rising incidence in the general population, including diabetes, chronic heart and kidney disease and obesity.

The highest priority proteins examined in the current study were those already approved for adult diagnoses by the FDA. These biomarkers include those associated with thyroid deficiencies, chronic kidney dysfunction, and cardiovascular diseases. Future research will determine if such biomarkers are diagnostically appropriate for infants as well.

A second priority was to identify proteins of known function associated with disruptions of normal cell processes. While these proteins have not been FDA approved for diagnostic purposes, they are nevertheless linked with particular diseases or with toxic exposure. These include proteins involved with cardiac arrhythmia and sudden heart failure, maturity onset diabetes of the young (MODY), acute kidney injury, lymphoblastic leukemia, pancreatic cancer and other serious diseases.

Mass spectroscopic analysis of UCB offers the prospect of a global approach to assessing health risks in newborns, allowing the simultaneous observation of numerous indicators of health and disease. The technique  should be an invaluable aid to early diagnosis for a range of conditions, with the potential to dramatically improve health outcomes.

The study is a multi-institutional effort involving researchers from Arizona State University, Johns Hopkins University, and George Washington University. It was conducted with funding from the National Institute of Environmental Health Sciences (NIEHS).

Rolf Halden is the associate director of the Swette Center for Environmental Biotechnology at the Biodesign Institute and Co-Director of the Center for Health Information and Research. He holds a professorship in the School of Sustainable Engineering and the Built Environment at ASU.

Come out and support the Sun Devil women's basketball team as they take on Washington and Washington State, Feb. 16 and Feb. 18, at Wells Fargo Arena.

Come out and support the Sun Devil women's basketball team as they take on Washington and Washington State, Feb. 16 and Feb. 18, at Wells Fargo Arena.

Tip off against Washington State is at 2 p.m., Feb. 18 and it will be their final home game of the regular season.