The team was one of 12 student startup ventures from around the country to be selected to vie for the public’s votes that were cast through Inc. Magazine’s website. 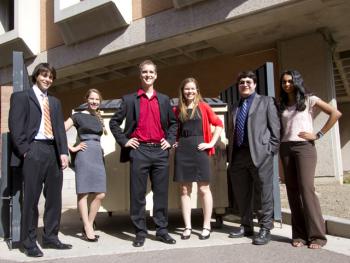 FlashFood emerged in part from the Engineering Projects in Community Service program (EPICS) in ASU’s Ira A. Fulton Schools of Engineering.

The team created a mobile-phone application to help develop a network to collect donations of surplus food from restaurants, banquet halls and catering services, and deliver it to communities with people in need.

The mobile app is designed for use in establishing communications between food donors, collectors and community distribution centers to get food to people in need in a timely fashion.

A pilot operation is now being tested with participation from two food donors – a dining hall and an organic juice company – and two community centers serving as food distribution sites. To date, the operation has collected and delivered more than 600 meals.

The team’s selection to compete in the Inc. Magazine contest is only the latest step in the endeavor’s progress.

In April, FlashFood members competed in the Rice Business Plan Competition at Rice University in Houston, winning $700 to help fund the startup.

Some team members also traveled to Boston for a workshop organized by the National Collegiate Inventors and Innovators Alliance E-Team Program. As one of 40 teams from around the country selected to participate, FlashFood received $5,000 in travel and venture capital funding. The workshop focused on development of business models and strategies.

Finishing high in the Inc. Magazine contest brings valuable exposure to FlashFood. "Every time you have an event like this, you get fresh contacts, and in this case we met a lot of people in the Phoenix area who can become a part of our program,” Eric Lehnhardt says.

It’s one more in a string of accomplishments that includes:

• Best in Showcase at the 2012 YUM! Global Sustainability Challenge

In the race to protect society from infectious microbes, the bugs are outrunning us. The need for new therapeutic agents is acute, given the emergence of novel pathogens as well as old foes bearing heightened antibiotic resistance.

Shelley Haydel, a researcher at Arizona State University’s Biodesign Institute and associate professor in the School of Life Sciences, has a new approach to developing effective, topical antibacterial agents – one that draws on a naturally occurring substance recognized since antiquity for its medicinal properties: clay. 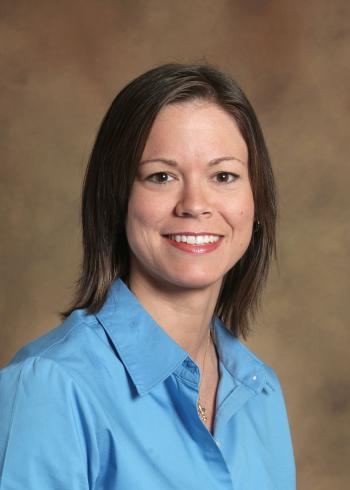 In research appearing in the journal PLOS ONE, Haydel and her graduate student, Caitlin Otto, lay out the case for clay, demonstrating that certain varieties of clay have the ability to aggressively kill a range of pathogens including E. coli and methicillin-resistant Staphylococcus aureus (MRSA) – a stubborn, highly contagious and dangerous pathogen that has lately been the scourge of many hospitals, and is a common cause of skin infections in the community. Their study further indicates that, rather than the physical particles of the clays, particular metal ions attached to the clay are likely responsible for its potent antibacterial properties.

“While some natural clays, which have absorptive properties similar to sponges, have been used topically for centuries, scientific studies investigating the antibacterial mechanisms represent a relatively new area of research,” Haydel says. “With this study, we have demonstrated that the antibacterial activity of these natural clays is not dependent on the physical clay particles, but rather the abiotic, microbicidal activities of specific metal ions desorbed from the clay surface. While we are still working on a mechanism of action studies, determining that specific metal ions influenced antibacterial activity was critical in leading us in the appropriate scientific directions.”

Medical use of clay has a storied history. As early as 5,000 years ago, clay was listed in the ancient tablets of Nippur as a wound-healing medicament. Around 1600 BC, the Ebers Papyrus – recognized as the world’s oldest medical text – recommended clay for ailments including diarrhea, dysentery, tapeworm, hookworm, wounds and abscesses. Clays came into common use in the 19th century as topical treatments for surgical wounds, demonstrating their beneficial effects for pain management, inflammation, putrefaction and healing processes.

In their current study, Otto and Haydel examined four clay samples and their respective aqueous mineral extracts or leachates and determined that the clays exhibited different in vitro antibacterial activities against E. coli and MRSA. Mineralogically, the samples were nearly identical with 52 percent clay and 48 percent non-clay minerals, but the composition of metal ions released from the mineral surfaces varied considerably across the samples. The tests, using aqueous mineral leachates of the four clay samples, uncovered a variety of elements in varying concentrations. Based on previous studies, the research team focused on five metal ions – iron (Fe), copper (Cu), cobalt (Co), nickel (Ni) and zinc (Zn).

While the pH level was found to play a mediating role, the lethal effect of the clays could not be attributed exclusively to pH, absent in the influence of metal ions. Metal speciation modeling and statistical analysis of the results indicated that Cu+2, Co+2, Ni+2 and Zn+2 are effective against E. coli, while Cu+2, Co+2 and Zn+2 are effective against MRSA. Intriguingly, the study found that the metal ion toxicity of a given clay sample is not always proportional to the total ion concentration. Toxicity instead is critically dependent on a variety of other factors including pH, ion solubility, osmotic strength and temperature. The tests undertaken helped to evaluate the interplay of these factors in determining both the antibacterial effectiveness and toxicity of the samples.

Haydel notes that physical and chemical properties of minerals contained in clays together contribute to healing properties. Minerals contained in clay mixtures have a negative surface charge that allows the free exchange of compounds from the environment, including bacteria, viruses, proteins, nucleic acids and cations. Kaolinite, talc and smectite clay minerals are highly absorptive. Due to their ability to adhere to the skin, clays offer mechanical protection similar to a bandage, sealing out external physical or chemical agents, as well as absorptive properties which assist in removing devitalized tissue, particulate matter or foreign materials from a wound.

Haydel is optimistic about the potential for medicinal clays to play a greater therapeutic role, particularly against the growing threat of topical and antibiotic-resistant infections:

“We have demonstrated that mineralogically-identical clays exhibit chemical variability which correlates with variability in antibacterial activity. Since clays can contain toxic metals, such as arsenic, cadmium, lead and mercury, safety precautions must be in place to minimize exposure to toxic ions. Efforts must be taken to standardize the composition and antibacterial efficacy of clays if they are to be used therapeutically and prophylactically.”

Shelley Haydel is an associate professor in the School of Life Sceinces (SOLS) and recently received the SOLS Teaching Excellence and Innovation Award.