Think of the last time you screamed. Chances are you attracted someone’s attention. What about the last time someone flirted with you? You were likely more selective in your response.

New research findings from Arizona State University and the University of Veterinary Medicine Hannover in Germany demonstrate that a less social species – the grey-mouse lemur – pays attention to alarm calls regardless of whom they emanate from, but they are selective when it comes to mating calls from their fathers, paying more attention to calls from unrelated males. 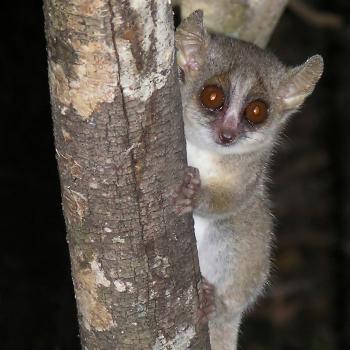 Findings from the study that analyzed grey-mouse lemur calls provide the first evidence of paternal kin recognition through vocalizations in a small-brained, solitary foraging mammal, said Sharon Kessler, the principal investigator for the study and ASU School of Human Evolution and Social Change graduate student.

Grey-mouse lemurs serve as a model for the early primates from which humans evolved, she added. Early primates likely shared traits with the lemurs such as foraging in dense forests and hunting for food at night in solitude, but also engaging with each other in social groups.

“Species with less complex social systems can be models for early primates, so we can learn about our own evolution," Kessler says. "We think that the earliest primates were very much like mouse lemurs.

“The study allowed us to go back further in time and to take a deeper approach into time. It suggests that kin recognition through vocalizations was important for primate evolution.”

The research indicates that sounds made by animals have been a vital tool to recognize kin since before complex social systems evolved in primates, “basically since the origins of primates,” Kessler said.

Studying an animal that forages in solitude, and not in groups as do monkeys and apes, allowed researchers to model how important kin recognition through voice would have been in a similar species from 55 to 90 million years ago.  Findings were published online Nov. 30 in BMC Ecology.

“It suggests that the paternal kin recognition can evolve without having a complex social system,” Kessler said.

The research team’s work began in 2008 to examine whether or not animals with smaller brains relative to body size could recognize kin through vocalizations as they forage by themselves at night. Calls were measured through frequency (how high or low the voice is) at various time points in the call, duration and intersyllable interval (how rapidly the call is repeated).

Findings of the study showed that females distinguished their fathers from unrelated males using mating calls. One explanation for being able to recognize paternal kin may be that females can use the calls to avoid mating with relatives, Kessler said.

It’s compelling to consider how mouse lemurs distinguish the calls since the species is raised only by mothers, aunts and grandmothers, she added. Fathers don’t help with infant care and don’t share the nest with the mother and babies, so learning a father’s voice while growing up doesn’t seem possible.

One possibility is phenotype matching. If family members sound similar, females may compare calls of potential mates to their own calls and to the calls of their brothers (littermates) in the nest. Then if they choose mates that sound different from themselves and their brothers, they would be choosing unrelated males.

This research was funded by the German Research Foundation, Sigma Xi, the Arizona State University School of Human Evolution and Social Change and the ASU Graduate and Professional Student Association.

ASU's College of Public Programs dean and School of Public Affairs director has been elected a National Academy of Public Administration Fellow.

Jonathan Koppell, dean of ASU’s College of Public Programs and director of its School of Public Affairs, was formally inducted as a National Academy of Public Administration (NAPA) Fellow on Nov. 15.

“Being recognized as a NAPA Fellow alongside the other accomplished scholars and practitioners of public management is a tremendous honor,” said Dean Koppell, one of 44 NAPA Fellows initiated in this fall. 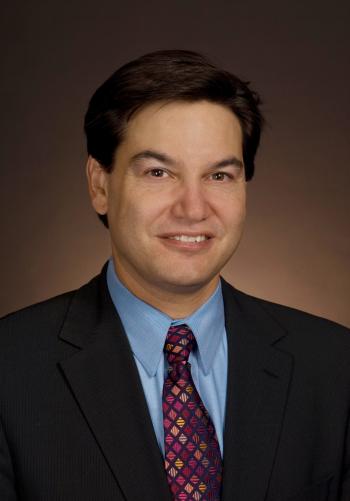 Established in 1967 and chartered by Congress as an independent, nonprofit organization, the academy aims to provide non-partisan expert advice to assist government leaders in building more effective, efficient, accountable and transparent organizations.

“We had an exceptionally strong set of nominations for Academy Fellows this year,” said B.J. Reed, chair of the nominating committee, in a press release. “The nominating committee had a difficult charge to identify those who should be chosen to go forward for election and carried it out with a high degree of professionalism and skill.”

As a part of the prestigious organization, Koppell joins the ranks of more than 730 Academy Fellows – among them, former cabinet officers, members of Congress, governors, mayors and state legislators, as well as prominent scholars, business executives and public administrators.

“The academy is honored to add these leaders in public administration to its ranks,” said Dan Blair, president and CEO of the academy, in a news release announcing the new class. “Elected by their peers, these inductees will drive the important work of the academy in addressing emerging issues in government.”

He said he is looking forward to working with the organization to help drive forward its goal of “bettering administration of government organizations to serve our communities more effectively.”

Other ASU leaders in the academy include ASU President Michael Crow and James Svara, professor and director of the Center for Urban Innovation within the School of Public Affairs.