Women harbor a fat-stigma even though their family and closest friends may not judge them as “fat,” according to findings by Arizona State University social scientists. Those research results, published Aug. 17 in the journal Social Science & Medicine, have scientists questioning the weight of messages from sources outside one’s social networks, especially those in mass media marketing.

“We found that women generally missed the mark when estimating what their friends and family thought about their weight,” said Daniel J. Hruschka, an ASU cultural anthropologist and co-author of the study. “Women were a bit more attuned to the views of close friends and family, but even then, they generally perceived the judgments of others inaccurately.” 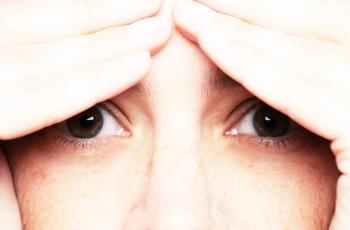 For this study, the ASU researchers interviewed 112 women aged 18-45 living in Phoenix, and 823 others in their family and social networks. The focus was to understand how and why fat-stigma is distributed in the context of everyday interactions and relationships, and test some key ideas about how perceptions of stigma are amplified or mitigated by women’s relationships in the framework of their social networks.

Lead author of the study, Alexandra Brewis, a biological anthropologist and director of ASU’s Center for Global Health, noted that while obesity is a major medical and public health challenge, the stigma attached to it also creates suffering and needs to be examined. According to the ASU findings, urging family and friends to be less judgmental may be of little assistance in alleviating the stigma.

“Fat is understood culturally to represent profound personal failing, and the attendant moral messages attached to it include laziness, lack of self-control, and being undesirable or even repulsive,” the authors wrote. “So powerful and salient are these anti-fat messages that some Americans say they would rather die years sooner or be completely blind than be thought of as obese.”

“The question this leaves us with is: ‘If it isn’t the opinions of friends and family that make us feel so bad about being overweight, then what does?’ What seems most likely is that media and pop cultural messages are so pervasive and powerful that even the most loving support of those closest to us provides only limited protection against them,” said Brewis, who also is a professor and executive director of the School of Human Evolution and Social Change in ASU’s College of Liberal Arts and Sciences.

The findings are published in an article titled “Vulnerability to fat-stigma in women’s everyday relationships.” In addition to Brewis and Hruschka, the third author is Amber Wutich. Hruschka and Wutich are assistant professors in ASU’s School of Human Evolution and Social Change. Some 40 ASU undergraduate global health students assisted with parts of the study.

Social Science and Medicine is published by Elsevier, an international provider of science and health information headquartered in Amsterdam. More information online at http://journals.elsevier.com/02779536/social-science-and-medicine.

Data from the research also was used to show links between obesity and social networks in an article published online May 5 in the American Journal of Public Health. Authors of that study included Hruschka, Brewis, Wutich and Benjamin Morin, an ASU graduate student in applied mathematics for the life and social sciences.

The fund will provide resources to ASU units to initiate and sustain initiatives in the design and arts fields, as well as gifted child programs.

In addition to the tens of thousands of ASU students who are starting classes this week, several dozen middle school students began their semester on campus at the Gary K. Herberger Young Scholars Academy. 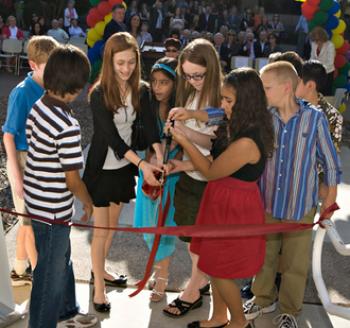 The academy, which addresses the needs of unusually gifted students, was founded last year through The Herberger Strategic Investment Fund, which was established by a $20-million gift from university benefactors Gary K. and Jeanne L. Herberger.

The fund, part of the University’s Strategic Investment Program, is administered by the President’s Office and provides resources on a competitive basis to individual ASU units to launch, initiate and secure substantial additional funding for programs of strategic importance to the university, in particular:

• activities associated with the emergence of new strategic intellectual activities linking programs in design with those in the arts;

• collaborative initiatives between programs in design and those in the arts;

• major specific initiatives in the fields of design and the arts; and

• the launching of the gifted child program in association with Barrett, the Honors College.

“Gary and Jeanne Herberger, long-time supporters of ASU, are not only great philanthropists but they are visionaries as well,” said ASU President Michael M. Crow. “Their investment targets areas of societal need and areas of interdisciplinary development in arts and design. By establishing a discretionary seed fund, they allow the university to move quickly into exciting new areas, many of which will ultimately find sources of continued funding.”

The Young Scholars Academy, for example, addresses an often overlooked need: the unique educational, social and emotional needs of gifted young adolescents. Students enter the Herberger Academy at the start of seventh grade and embark on a challenging curriculum, completing seventh- and eighth-grade coursework in their first year, ninth- and 10th-grade coursework the second year, and 11th- and 12th-grade coursework during the third.

There is an experiential portion of the curriculum that begins with class visits from ASU professors and trips to campus labs and local businesses. As students progress through the five-year program, they will select areas of interest to explore; sit in on ASU classes; pursue independent study under direction of experts in their chosen fields; and complete annotated bibliographies and research projects.

During their fourth and fifth years, the students will take coursework through ASU’s New College of Interdisciplinary Arts and Sciences and augment those studies through Barrett, the Honors College.

The Digital Culture Initiative, also supported by The Herberger Strategic Investment Fund, offers specially designed courses from across the Herberger Institute’s six schools as well as the Ira A. Fulton Schools of Engineering, the College of Liberal Arts and Sciences, the W. P. Carey School of Business, the Mary Lou Fulton Teachers College, the College of Technology and Innovation, the New College Division of Humanities, Arts and Culture Studies, and the Walter Cronkite School of Journalism and Mass Communication. Using a customizable interactive course and path planner, students are able to map out their path to graduation based on their subject interests and long-term aspirations.

If a student, for example, with an interest or background in art and film would like to investigate interactive animation, they can design a multi-year educational path to allow them to graduate with a wide set of core proficiencies that employers like Pixar Animation Studios or Electronic Arts find appealing. If that student finds midway that their interests have changed based on a dance, engineering or education class, they are able to adjust their path to accommodate their new goals.

“The establishment of the Young Scholars Academy is a great achievement and one that may well serve as a model for other universities,” Crow said. “And The Digital Culture Initiative is an innovative program in the growing intersection of the fields of art, design and technology, both programs made possible by The Herberger Strategic Investment Fund.”

Jeanne Lind Herberger earned her bachelor's, master's and doctorate degrees from ASU’s Hugh Downs School of Human Communication. She is a leading philanthropist who has supported education, community services and the arts. She is an influential advocate for the arts and among her many community activities, she recently was appointed as a life member of the Board of Trustees of the Phoenix Symphony.

Gary Kierland Herberger, a long-time supporter of ASU’s College of Design, is president of Herberger Enterprises, Inc., a family corporation involved in land acquisition, and the planning and development of commercial, industrial and residential property. He has been a supporter of and advisor to ASU’s Master of Real Estate Development Program.