If you want to inspire children to learn, start by helping them understand that what they are learning will enable them to change the world. 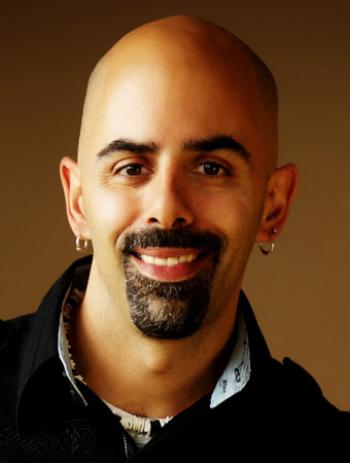 “We are excited to have Dr. Barab join Mary Lou Fulton Teachers College because as a learning scientist, he defines cutting-edge ways children can learn through technology,” said Mari Koerner, dean of the Teachers College. “Internationally known for his work in developing the education game ‘Quest Atlantis,’ he uses his knowledge of science, gaming and psychology to create a virtual world where children persist to find solutions to problems.”

According to Barab, today’s teachers need tools beyond textbooks to engage children. The “Quest Atlantis” project, for which he serves as principal investigator, creates scenarios enabling students to explore and engage in meaningful endeavors in which the actions they take affect outcomes for themselves and others. It has been used by teachers and their students around the world.

“Rather than lecturing to students about topics like erosion, water quality and pH levels, we can immerse them in a video game where they are working to determine why fish are dying, and the other non-player characters we place in the game treat them with admiration and hope,” Barab said. “Students get to ‘try on’ the role of scientist and see themselves as potentially having that future.”

“Sasha’s work is one of the best examples of a learning system that is grounded in learning sciences research, yet is able to scale up to be used by thousands of students,” said Stephen N. Elliott, director and Mickelson Professor of Education for the Learning Sciences Institute.

“‘Quest Atlantis,’ which was developed with substantial funding from the National Science Foundation and MacArthur Foundation, makes serious learning fun and deeply engaging by using academic content to solve personally meaningful and socially significant problems,” Elliott said. “Students learn valuable information that not only helps to solve the quest but that also is consistent with K-12 state academic standards.”

Video games are becoming the dominant storytelling medium of the 21st century, according to Barab. “More than trivial entertainment, play in these video games involves taking on new identities and being able to transform the game world itself,” he said.

“Quest Atlantis” utilizes a multi-user environment requiring collaboration among participants, which James Paul Gee sees as critical to preparing students for success in today’s global economy. Gee, ASU’s Mary Lou Fulton Presidential Chair in literacy studies, has written books including “What Video Games Have to Teach Us About Learning and Literacy.”

“Our society must move toward schooling that stresses the ability not only to solve problems, but to do so collaboratively,” Gee said. “This creates a situation in which the group is smarter than the smartest person in the group. Games like ‘Quest Atlantis’ help students learn knowledge not just as facts but as something you produce, and in the modern world you produce it collaboratively.”

A major focus of Barab’s work is to help children develop their sense of purpose as individuals, as members of their communities, and as knowledgeable citizens of the world.

“Central to this work is a focus on understanding the value of transformational play,” Barab said. “Students who play transformationally become agents of change who use real-world knowledge, skills and concepts to make sense of a situation and then make choices that actually transform the play space and themselves. This process creates a place in which what you know is directly related to what you are able to do, and, ultimately, who you become.”

Barab comes to ASU from Indiana University, where he was the Barbara Jacobs Chair of Education and Technology and director of the Center for Research on Learning and Technology. He spent time last year in Australia through a Fulbright grant, working with aboriginal communities to develop games that made important aspects of their culture salient to the world.

“Sasha’s work already has impacted many of his fellow researchers as well as hundreds educators and thousands of their students,” Elliott said. “At ASU he will continue to accelerate and expand this work while contributing to the ongoing development of other scholars and graduate students in the Learning Sciences Institute and Teachers College.”

ASU’s Learning Sciences Institute is a universitywide initiative designed to foster interdisciplinary collaboration among ASU researchers and to provide support for investigators who conduct externally funded research on learning, the conditions and behaviors that influence it, and innovations that can maximize it. Details are available at https://lsi.asu.edu/home.

The ASU Mary Lou Fulton Teachers College offers world-class academic programs for educators and scholars preparing to enter or advance in the profession. Teachers College provides challenging education programs to prepare successful and highly qualified pre-kindergarten through 12th grade teachers as well as programs for those interested in advanced study and research activities leading to careers in school leadership, education policy, education technology, higher and post-secondary education, and many other fields. More information may be found at http://education.asu.edu/.

Law professor Adam Chodorow of the College of Law has written an opinion piece, "Irony behind GOP's errant anti-tax vow," in the July 19 issue of The Arizona Republic.

Professor Adam Chodorow of the College of Law has written an opinion piece, “Irony behind GOP’s errant anti-tax vow,” in the July 19 issue of The Arizona Republic.

In the My Turn column, Chodorow, a Faculty Fellow in the Center for Law, Science & Innovation, points out that the Republican leadership in Congress is aggressively going after government spending, while, at the same time, putting the government’s credit rating and the economic recovery at risk – to protect government spending. 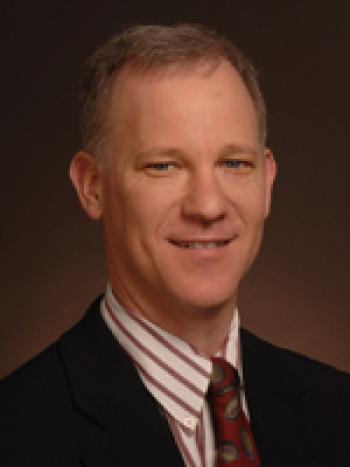 Chodorow’s research and teaching interests lie in tax, administrative and regulatory law. He teaches a variety of tax courses, as well as Law and the Regulatory State, and his research focuses on religious taxation and a variety of contemporary tax issues, such as the taxability of virtual income. Chodorow chairs the Teaching Tax Committee of the ABA’s Tax Section and is a member of the Council of the Tax Section of the State Bar of Arizona.