The report is the first of the Climate Pragmatism project, led by Arizona State University’s Consortium for Science, Policy, and Outcomes in partnership with The Breakthrough Institute. “Climate change can’t be solved on the backs of the world’s poorest people,” said Daniel Sarewitz, a report co-author and CSPO co-director. “The key to solving for both climate and poverty is helping nations build innovative energy systems that can deliver cheap, clean and reliable power.”

Given the pivotal relationship between abundant energy access and human development, climate change must be addressed within the context of poor nations gaining access to modern energy.

The report criticizes the United Nations, International Energy Agency and other energy initiatives as too low to drive sustained human development. The UN’s standard for basic access is just enough electricity to power a fan, two light bulbs and a radio for a few hours a day.

The massive expansion of energy systems, mainly carried out in rapidly urbanizing developing nations, is the most robust, coherent and ethical response to the global challenges humans face – climate change among them – the authors argue.

Emphasizing that innovation is the key to reducing emissions while expanding energy access, the report points out that power sectors are growing at breakneck speed in emerging nations and their development creates tremendous opportunities for innovation.

Program manager, School for the Future of Innovation in Society

Guinier will speak about “Rethinking Race and Class” at 7 p.m., April 16, in Old Main’s Carson Ballroom on the ASU Tempe campus. 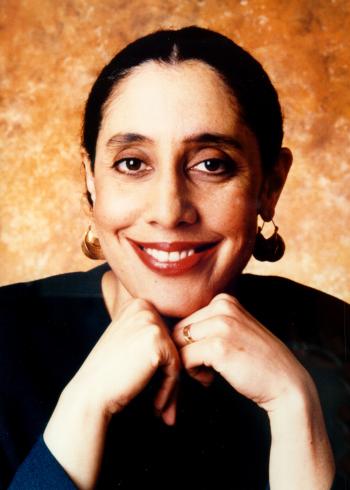 In addition, prior to her evening talk, there will be a special student-only conversation with Guinier from 3 to 4 p.m., in Armstrong Hall, in the Sandra Day O’Connor College of Law. Student IDs are required to attend.

Guinier’s writings and teachings have focused on voting rights, race, gender and democratic theory, law and social change, and access to education. Prior to her appointment at Harvard, she was a tenured professor at the University of Pennsylvania Law School. Guinier also headed the Voting Rights Project for the NAACP Legal Defense Fund in the 1980s and worked in the Civil Rights Division of the U.S. Justice Department in the late 1970s. Guinier is a graduate of Radcliffe College of Harvard University and Yale Law School.

In addition to numerous scholarly articles, Guinier has authored several books, most recently “The Tyranny of the Meritocracy: Democratizing Higher Education in America” (2014). Her other titles include: “The Miner’s Canary: Enlisting Race, Resisting Power, Transforming Democracy" (coauthored with Gerald Torres), “Who’s Qualified: A New Democracy Forum on the Future of Affirmative Action” (with Susan Sturm), “Becoming Gentlemen: Women, Law School, and Institutional Change” (with Michelle Fine and Jane Balin), “Lift Every Voice: Turning a Civil Rights Setback into a New Vision of Social Justice,” and “The Tyranny of the Majority: Fundamental Fairness in Representative Democracy.”

Guinier also co-founded the Racetalks Initiative in 1990, a research and public education project that seeks to develop new interdisciplinary paradigms for linking racial and gender justice to the project of building more inclusive institutions.

The A. Wade Smith Memorial Lecture on Race Relations was created in 1995 to perpetuate the work of a man who had devoted his life to the idea of racial parity. As professor and chair of sociology at Arizona State University, A. Wade Smith worked tirelessly to improve race relations on the ASU campus and within the greater community. When he died from cancer at the age of 43, his wife, ASU professor Elsie Moore, family members and friends made memorial gifts to establish and fund this lecture series.

This 19th lecture is supported by ASU's College of Liberal Arts and Sciences, School of Social Transformation, Center for the Study of Race and Democracy, Sun Devil Athletics, Educational Outreach and Student Services, ASU Alumni Association, Sandra Day O'Connor College of Law, the Committee for Campus Inclusion and culture@asu.