Nothing elicits the protective instinct of a mother like the potential threat of her children getting cancer from carcinogenic chemicals in their schoolyard. Just ask Mary Heather Noble, a former environmental scientist who suddenly had to consider this threat when she saw a posting of pesticide use at her daughter’s school.

Noble is the winner of the $10,000 first-place prize for Creative Nonfiction’s The Human Face of Sustainability contest, sponsored by Arizona State University’s Sustainability Solutions Festival. Her essay, “Acts of Courage,” explores her experiences of seeing people around her develop cancer from carcinogenic contaminants, and is a call to parents to remove cancer-causing agents from their lives. 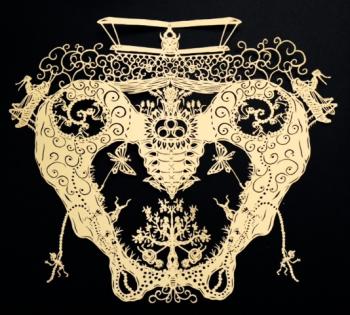 Noble uses a series of flashbacks from her youth and early scientific career to recall how cancer from contaminants intersected her life, unflinchingly using devastating statistics to show how carcinogens have so easily entered into daily life.

"Our town, our school. NOTICE OF APPLICATION OF PESTICIDES: Roundup, SpeedZone, Dyne-Amic, Foam Buster, and Surflan A.S. Dates of application: August 21 - 28. I stew over this question: Why did they have to do it then?

I think of my daughter running over those fields, laughing with her friends. They don’t know not to roll around in the grass, not to rub their eyes or wiggle loose teeth without first washing their hands. They don’t know about toxicity, about chemical fate and transport.

Am I being much too anxious? I’ll try to think of something else. I’ll imagine my daughter in music class instead, standing on the risers with her hand upon her heart — singing “America the Beautiful,” just like I did when I was her age."

Noble, whose work focuses on environmental issues and the intersection of the natural world, family and place, resides in Bend, Oregon with her husband and two daughters and serves on the Board of Directors of The Nature of Words literary organization. She is currently enrolled in the Stonecoast MFA in Creative Writing program at the University of Southern Maine.

“The idea of sustainability can mean many things to different people, but it is clear through Mary Heather Noble’s brilliant essay, as well as by each of our other finalists, that there is a deep, human connection to sustainability, regardless of definition,” said Patricia Reiter, director of the Walton Sustainability Solutions Initiatives.

Five additional finalists will each receive a $1,000 prize for their work. These original works touched on various sustainability issues that span the planet, while deeply affecting individuals in specific locations and situations.

Mieke Eerkens’ “Seep” tells of the 2007 Cosco Busan oil spill into San Francisco Bay and her sense of helplessness as oil-covered animals were washing to the shore.

Sarah Gilbert muses on anger, profanity, priorities and ethics from the vantage point of a bike-commuting, tot-toting mom in “Trapped.” Gilbert applies a rubric of 45 “traps that impair acting ethically,” laid out in a book aimed at business executives, to the choices people make in everyday life.

With “Iyabo Is Yoruba for the Mother Has Returned,” Amy Hassinger shares the work of an Illinois couple whose farm and activism are helping to transform one of the state’s poorest areas.

Michelle Lanzoni’s “No Thirst” describes the arid community of Abu Deleig in the Sudan and the role water plays amongst the nomadic people of the region.

Claims of ownership and stewardship of a small swatch of pristine land in Northern California take center stage in Ana Maria Spagna’s “What Happened in Humbug Valley.” This true story of a local tribe’s pragmatic and understated representative squaring off against a giant utility company gives a deep sense of place and history.

“What all of the finalists demonstrate, I think, is the importance of storytelling, and the impact writers can make by tackling significant issues through nonfiction narrative,” said Lee Gutkind, founding editor of Creative Nonfiction, Distinguished Writer in Residence at the Consortium for Science, Policy and Outcomes and a professor in the Hugh Downs School of Human Communication, both at ASU.

The winning Human Face of Sustainability essay and artist was chosen by a committee of CNF editors and Walton Sustainability Solutions Initiatives staff from a competitive pool of nearly 500 contest submissions. Each of the six finalist essays, along with two other sustainability-based pieces, will be published in Creative Nonfiction No. 51, to be released in February 2014. The issue will also feature an interview with Elizabeth Kolbert ("Field Notes from a Catastrophe; The Sixth Extinction"), introductory essays by Gutkind and guest editor Donna Seaman, and more.

Creative Nonfiction has been devoted exclusively to publishing vividly written literary nonfiction since its first issue in 1994. The magazine has consistently featured prominent authors from the United States and around the world, and has helped launch the careers of some of the genre’s most exciting emerging writers, as well as helping establish the creative nonfiction genre as a worthy academic pursuit. Creative Nonfiction has a circulation of 7,000 and is an essential resource for anyone with an artistic, professional or critical stake in the genre – or for anyone who simply enjoys true stories, well-told.

Miller spoke at a private seminar in Bozeman, Mont. at the Property and Environment Research Center. The seminar explored tribal and reservation property rights, and how they have been employed and have impacted indigenous populations. 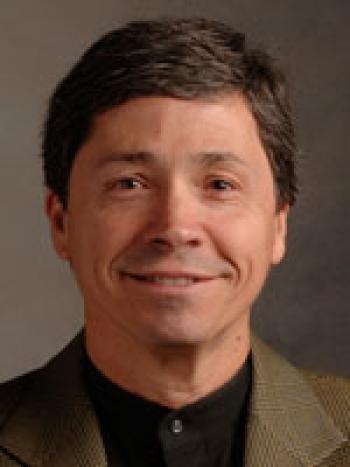 He was the keynote speaker at a private conference on tribal economic development put on by the URS Corporation in Boise, Idaho.

And, he spoke on tribal economic development at a Native Nations Institute training held at the University of Arizona.