Tina Hakimi describes an ASU professor who has been among her most valuable mentors as “an amazing example of someone who takes on a lot of work but still does everything with a 110 percent effort.”

The description could fit Hakimi. On the way to earning her bachelor's degree in biomedical engineering, which she will receive this May, she has excelled in a range of challenging pursuits in school and beyond. 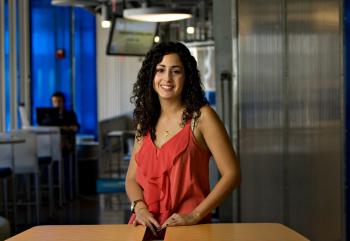 A graduate of Mountain Pointe High School in Ahwatukee, she’s been a student in ASU’s Barrett, the Honors College, and among the top performers in the School of Biological and Health Systems Engineering, one of ASU’s Ira A. Fulton Schools of Engineering.

Outside of coursework, she’s assisted in research in a range of areas – among them, robotics, neuroscience, physiology, and medical treatment and diagnostic devices.

She won an ASU Presidential Scholarship and an Intel Corporation International Scholarship competition, and was a Mayo Clinic Premedical Scholar.

Hakimi’s accomplishments helped earn her a prestigious fellowship from the Whitaker International Fellows and Scholars Program, which sends emerging leaders in bioengineering or biomedical engineering overseas to undertake projects designed to build their expertise in these fields.

The fellowship will enable her to study at the prominent Brien Holden Vision Institute affiliated with University of New South Wales in Sydney, Australia.

In pursuit of a master’s degree, she will conduct research in vision care improvement in hope of using that experience as a step toward a medical career specializing in eye care.

On top of all that, she made time to serve as a student mentor, co-found a student group whose members act as ambassadors for School of Biological and Health Systems Engineering, and co-found a student venture to develop technology applications to help consumers do comparative shopping for health care providers. The latter project won a business startup grant from ASU’s Edson Student Entrepreneur Initiative.

She has worked part-time jobs at a local hospital and a medical center, and volunteered as an ASU education outreach camp counselor and for an international nonprofit that delivers medical supplies to developing countries.

In the last year she co-founded – and is working to expand – a student group called Camp H.O.P.E. (Helping Orphans Prosper through Education) that organizes and runs camps for orphans and foster children designed to spark youngsters’ interest in higher education and careers.

Hakimi also was an ASU representative for Unite For Sight, which works to prevent blindness in Africa. She founded an ASU student chapter of the organization.

The faculty advisor for the student chapter is Jeffrey La Belle, an assistant research professor in biomedical engineering, and director of the lab in which Hakimi has gotten much of her research experience. La Belle is the mentor she lauds for giving “110 percent effort” to his work.

He sees the same drive in Hakimi.

“Even though Tina has led or been involved in diverse and varied projects, she makes a major impact in whatever she does,” La Belle says. “So I expect to hear only great things about her as she moves on to the next steps in her education and her career.”

Far afield of her other endeavors, Hakimi founded the Olympic Games-style Team ASU Taekwondo, which gave demonstrations and participated in competitions in the Korean martial art of self-defense.

“My parents wanted me to know how to protect myself,” Hakimi says, explaining why she began learning Taekwondo at eight years old. She eventually earned a Black Belt.

Her family’s “travel bug” also has aided her education. Trips to several countries have taught her “that there is so much interesting culture out there, and to experience it only makes you better.”

Hakimi credits much of what she has accomplished to those in the ASU community who have guided her and supported her efforts.

“I’ve found that if you want to try something new and different, ASU is not going to hold you back,” she says. “Some universities are more like, ‘This is what you will do, and this how you will do it.’  It’s not like that here, which has been really great.”

Her years at ASU, she adds, “have been infinitely valuable in shaping the direction for my future. I’m blessed to have spent the time here, and for the relationships I’ve formed.”

Hakimi says she never wants “to look back at my college years and say, ‘Why did I waste all that time?’ ”

There seems to be little chance of that happening.

Hodge to present at conference on bioethical issues

Professor James G. Hodge Jr. will present at the Presidential Commission on the Study of Bioethical Issues in Washington, D.C., May 17.

Hodge to present at conference on bioethical issues

Professor James G. Hodge Jr., ASU Lincoln Professor of Health Law and Ethics and Director of the College of Law’s Public Health Law and Policy Program, will present at the Presidential Commission on the Study of Bioethical Issues in Washington, D.C., May 17. 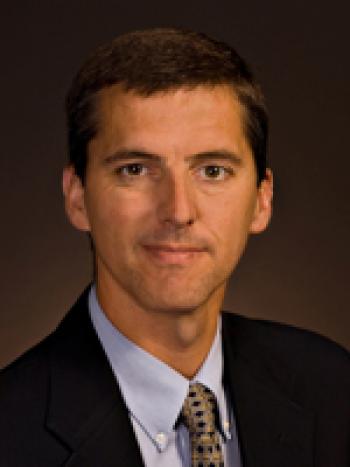 Hodge is director of the Public Health Law Network - Western Region, a Faculty Fellow in the Center for Law, Science & Innovation, and an affiliate faculty member in the ASU School of Human Evolution & Social Change, the School of Public Affairs and the Department of Biomedical Informatics. Through scholarship, teaching and applied projects, Hodge delves into multiple areas of health law, public health law, global health law, ethics and human rights. He teaches Health Law, Ethics, and Policy, Public Health Law and Ethics and Global Health Law and Policy.