When a Japanese eighth-grader named Hirofumi committed suicide to escape torment and beatings from his schoolmates, Masakazu Mitsumura could not stop thinking about how the promising young life had ended. Mitsumura decided to channel his tears and anger into seeking a solution for the pervasive problem of bullying in schools.

“Hirofumi is one of the reasons that I joined graduate school,” reflects Mitsumura, who is graduating with a doctorate in education – curriculum and instruction – from the Mary Lou Fulton Teachers College. “I decided to pursue education to fight against school bullying and all other forms of social oppression and injustice in school and society. I have always had Hirofumi in my heart while I was pursuing this doctoral degree, and he was my inspiration not to give up, no matter how hard doctoral study was.” 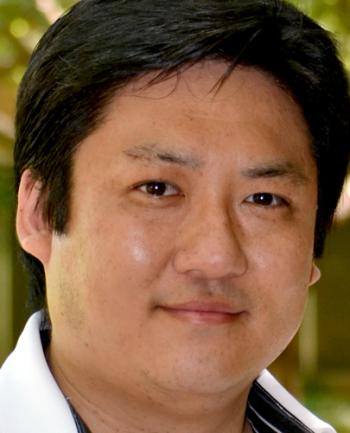 Believing that teachers are the key to providing a multicultural and anti-oppressive education, Mitsumura taught an education course in Mary Lou Fulton Teachers College for three years while studying for his doctorate. He wanted to help pre-teachers, mostly undergraduate students, develop empathy and understanding of marginalized students, such as English Language Learners (ELLs), special-needs students, ethnic and religious minorities, homeless children, gay students, immigrants, and all students who are bullied.

“I believe that we can prevent bullying at school when one teacher in the school is determined and takes a courageous stand,” he says. “We can eradicate social oppression and injustice from society one classroom at a time.”

Mitsumura teamed with professors Johnny Saldaña and Pamela Sterling from the School of Theatre and Film in the Herberger Institute for Design and the Arts, to create participatory theater activities called Theatre of the Oppressed, to help teachers in training enlarge their capacity for empathy.

One classroom project consisted of an interview and ethnodrama script that portrays the struggles of English language learners.

“ELL students are more likely to be at risk in terms of academic achievements than their English-speaking counterparts,” says Mitsumura. “In addition, the dropout rate of ELLs is disproportionately high. The voices of ELLs are often excluded and unheard in school, because of their limited English proficiency. I want to help teachers develop compassionate, imaginative empathy toward ELLs and explore creative ways and approaches to building a supportive learning environment for them.”

Last April, Mitsumura’s interactive ethnodrama project was presented in a speech at the American Educational Research Association (AERA) annual conference in Vancouver, Canada. It will also be published as a book chapter in the upcoming book, The Arts and Emergent Bilingual Youth: Building Culturally Responsive, Critical and Creative Education in School and Community.

“Through my teaching, I want to produce humanistic teachers who can feel the inner pain, sorrow and struggle of their students,” says Mitsumura.

“I believe that every child has unlimited potential, unique possibility and fundamental goodness within, and it is our utmost responsibility as a teacher to create a classroom environment in which students can express such positive human natures.”

After earning a Bachelor of Law from Soka University in Tokyo, Japan, and a master's in education in instructional systems technology from Indiana University at Bloomington, where he developed a bullying prevention program as his master’s project, Mitsumura says he is grateful that he was able to complete his doctorate at ASU.

“One of the biggest obstacles I faced was my financial situation,” he says. “Fortunately, I have been financially supported by Mary Lou Fulton Teachers College as well as the Graduate College.”

“Without this financial support, I could have never completed this degree," he says. "From the bottom of my heart, I appreciate that ASU has given me a chance.”

“In addition, as a non-native speaker of English, language had always been a big challenge. But by receiving a PhD in education, I hope this encourages more ELLs to pursue higher education.”

“There are numerous people who have aided me to complete this degree,” he continues, citing his dissertation committee members, his students, his parents and the guidance of Joseph Tobin, an internationally known comparative ethnographic researcher.

"Most importantly, I want to thank my life-long mentor, Dr. Daisaku Ikeda, who has given me continuous encourgement and taught me: ‘The inner determination of one individual can transform everything.' "

“Without these people who have always believed in me, I could have never completed this degree. I want to give my deep appreciation back to them by contributing myself to the betterment of K-12 education and the happiness of children who suffer in school and society.”

After graduation, Mitsumura will return to Japan to conduct international comparative research on school bullying, as well as minority issues. “I want to be involved in teacher education in an international context.”

Ann Kinzig says our national accounting does not track other types of wealth nature provides, like health and product inspiration.

Sustainability scientist and professor Ann Kinzig says, while we do measure the bounty that nature provides, we fail to measure the intrinsic wealth that’s found in natural goods. That’s the reason why our inclusive wealth is not growing, and one of the reasons why we haven’t achieved sustainability.

“On our national accounting and indices, we track some forms of wealth but not others,” Kinzig, a professor in the School of Sustainability and School of Life Sciences, says. “And when we don’t track something, we are sending the signal that it is not important – that we don’t need to take care of it.” 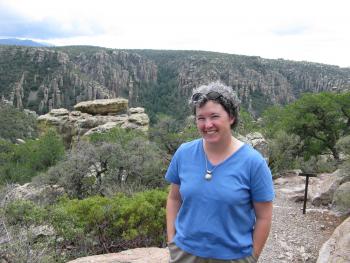 Kinzig asserts that the two main concepts in her talk, “The Nature of Wealth and the Wealth of Nature,” are vital to achieving sustainability. But if we fail to measure intrinsic natural capital, what do we track?

These other sources of natural capital, or what Kinzig calls, “wealth of nature,” are the missing piece to expanding our overall wealth. Kinzig compares per capita assets in produced, human, and natural capital. Produced (or manufactured) capital grows the most each year, while human capital is slowly rising. But we are actually losing natural capital, causing our annual inclusive wealth to not grow as quickly as it could be.

“But it doesn’t have to be this way,” Kinzig says. “We can learn to understand the true nature of wealth. We can learn to track the wealth in nature, and in doing so, put ourselves on a more sustainable pathway.”

Kinzig says we can find solutions to our challenges by looking toward nature. For example, the leafcutter ants that can carry up to ten times their own weight. Or bucking rams that can butt their heads together without damaging their brains. The wealth of nature can lead to better conservation, improved human and environmental health, and successful economies.

Kinzig says, “Never stop wondering how we can make the world a better place, and never stop believing that we can.”

The School of Life Sciences is an academic unit of ASU's College of Liberal Arts and Sciences.