Struggles and hardships are worth it when you can accomplish a goal you are truly passionate about, says Jesse Boring. He is graduating from ASU this December with a doctorate in clinical psychology, from ASU's College of Liberal Arts and Sciences.

During the seven years of his doctoral study, Boring has developed Children of Divorce-Coping with Divorce (CoD-CoD), an online program to help prevent emotional and health problems for the 1.1 million children who experience divorce each year. 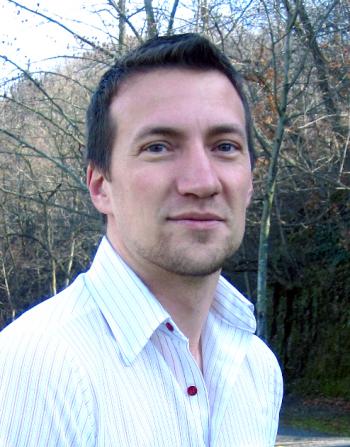 “These children are at twice the risk of developing a range of mental health problems as compared to children from intact families,” he says.

For his dissertation, Boring conducted a full-scale randomized clinical trial of the program he developed. “My proudest moment was when, after three years of planning, program development, recruiting and tracking, the analysis showed the program actually worked and did what it was meant to do. It brought tears to my eyes.”

Internet-based interventions are becoming a significant part of clinical psychology programs and Boring hopes that some of the innovative approaches he developed for CoD-CoD can help advance future online programs.

Receiving his doctorate creates an opportunity to take the next steps towards doing what he believes in, says Boring, which includes getting CoD-CoD out into the world where it can help the children it was designed to serve, and working with other psychologists to put more mental health programs online where they are accessible to the public.

“I think the great tragedy of clinical psychology today is that we have many programs that we know help people, but we haven't figured out yet how to get them to the people who need them.”

Boring has supported his education through a combination of scholarships, fellowships and student loans. “In order to save money and allow myself enough time to create the CoD-CoD program, for the past two years I lived with family members and in a friend's basement. I often slept on rooftops when I had to travel in order to save money on hotels.”

He dismisses the financial challenges. “It was fun to do something I believed completely in doing.”

Mentorship and guidance from Keith Crnic and Irwin Sandler, ASU professors, fueled him throughout his research, he says. “I am also grateful to the ASU Graduate College for funding me while I completed my clinical trial through the Graduate College Completion Fellowship.”

The CoD-CoD program is planned for distribution next June through a nonprofit agency. Meanwhile, Boring is working with psychologists at the Pennsylvania State University Prevention Research Center and ASU’s Prevention Research Center to help develop other online programs for what he cares about most – easily accessible help for children and families when it is needed most in a crisis.

Music has always been a part of Kimberlee Headlee’s life. At ASU she began integrating her music studies with her interests in health care, psychology and computer science.

Music has always been a part of Kimberlee Headlee’s life. “As a child, I’d make up songs and improvise on the piano, discovering for myself all the qualities of music that continue to inspire me today,” she says.

During her undergraduate studies at ASU, she continued to sing and compose but found herself searching for a way to integrate her music studies with her interests in health care, psychology and computer science. 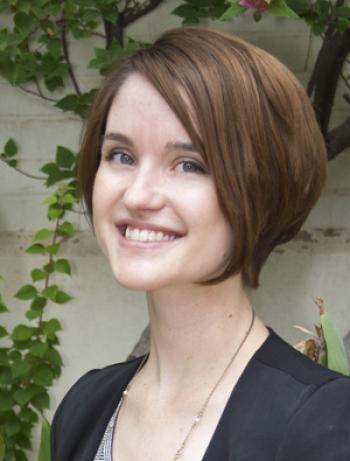 Her passions began to converge when she joined the School of Arts, Media and Engineering (AME) as a graduate student and discovered a new creative path.

“I want to develop ways that technology can be applied in music therapy,” she says. “AME offers me an incredible opportunity to live, learn and grow in an interdisciplinary environment.”

AME, a collaboration between Herberger Institute for Design and the Arts and the Ira A. Fulton Schools of Engineering, combines arts and technology by bringing together students, faculty and professionals from many different backgrounds, such as bioengineering, psychology, dance, theatre and computer science, to search for new rehabilitation and learning systems.

“More than anything, AME has helped me understand the importance of intellectual diversity for creative development,” Headlee says.

In a burst of innovative approaches to music therapy, Headlee created a unique interactive system in which users can create music by moving their bodies through physical space. In essence, bodies can be used as musical instruments. The system has several therapeutic effects, including increased spatial and body awareness and auditory discrimination. It helps motivates physical movement, providing a boost in endurance, muscle tone, balance and synchronized movement.

Developed as a therapy for children with mild to moderate developmental disabilities, Headlee hopes to make the system available for pediatric hospitals and music therapy clinics.

“The most rewarding aspect of this project is getting to see people's reactions when they first experience the system,” Headlee says. “Everyone inevitably finds something magical about the fact that their body movements create sound out of thin air. Even adults have facial expressions of child-like excitement at the apparent magic.”

Working at AME revealed many ways in which music can be used in powerful, innovative ways. Researchers introduced her to the possibilities of using music as audio feedback for stroke rehabilitation, communication in aphasia, and motivation for movement with autistic children as just a few of the potentialities.

Headlee has been busy with a number of projects, including working as a teaching assistant in ASU’s new Digital Culture initiative and volunteering for Rosie's House, a Music Academy for Children that offers free music lessons to underprivileged children in the Valley.

She co-authored a paper presented at the 2010 conference for New Interfaces in Musical Expression (NIME) and presented a poster on her research at the American Music Therapy Association Conference in 2011.

Living with the auto-immune disease Systemic Lupus Erythematosus (SLE) – characterized by joint pain, fever, fatigue, skin rash and chronic inflammation – has not slowed Headlee down or induced any self-pity.

“Instead it caused me to re-evaluate my life's priorities and see the value of living each moment to its potential,” she says. “I learned that it takes dedication and perseverance to accomplish a goal. I also learned when it's important to not take life too seriously.

“One of my life goals is to coach others with chronic illnesses, especially young and newly diagnosed individuals, on coping strategies and the importance of optimism.”

Headlee recently accepted a position teaching music to kindergarten and first- and second-graders in a Phoenix school. “I started already and love it! My love of music as an art will never diminish but neither will my love of finding innovative, functional ways to add music to others’ lives.”

This December Headlee receives a master’s degree in music composition with a concentration in interdisciplinary digital arts media and performance.

Herberger Institute for Design and the Arts Nursing