Division of household chores may depend on one's mess tolerance

Not that anyone is pointing fingers, but one individual went three weeks without noticing that dirty laundry had piled up.

The division of household labor is an issue that cuts across countries, genders and all types of relationships, from married couples to roommates. 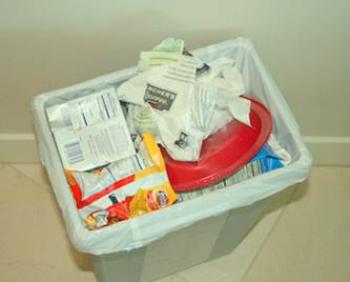 “This is one of the top three conflict issues couples fight over,” said Jess Alberts, Hugh Downs School of Communication President’s Professor. “Wives who feel like the division of labor is unfair are more dissatisfied and more likely to think of divorce.”

Strategies to cope are varied and inventive, said Alberts, who has conducted research on this issue for the past several years.

“This is the ongoing issue in my marital life and currently my favorite research project,” she said.

Inspiration to address this most basic issue with universal effects was inspired by ASU School of Life Sciences President’s Professor and entomologist Jennifer Fewell, who studies the division of labor between ants and bees.

"Fewell argued that ants and bees have specific threshold levels or tolerance for disorder in the hive. When they are bothered by their threshold level being violated, they are motivated to act,” Alberts said.

This realization inspired Alberts’ integrated theory of the division of labor that is currently in a testing phase and working “really well.” Her theory argues that people will act according to their threshold levels for household clutter or disorder.

Women typically tackle the majority of chores and evolutionary psychology research explains why this may occur. For example, research shows that although parents equally respond to a baby in clear distress, they often vary their pattern if the baby is merely fussy. If mom responds faster to a fussy child, this becomes a reinforced pattern in which mom becomes the only one tending to the baby, Alberts said.

“Research suggests that females do about 50 percent more of household chores than males. Some people say it is an economic issue, but even when the woman makes more money, often she still does more housework. Sometimes the woman does more labor even when the husband is retired,” she added.

If you’ve ever felt unappreciated for handling the housework, consider the “economy of gratitude” that refers to the fact that people are grateful for gifts when they are in a relationship. However, gifts are defined as receiving something more than is expected. If one person does a task all of the time in a relationship, then their effort is not seen as a gift. Yet, if the other partner does the task only occasionally, they expect to be thanked for doing it because they see their contribution as a gift, or something added.

“It’s kind of like adding insult to injury,” Alberts said.

In a survey they conducted, Alberts and former graduate student Justin Boren found that gay couples have an easier time in general with the division of labor because they talk about it more readily. Female roommates also talk about chores while male roommates typically don’t. Instead, males may resort to passive-aggressive techniques, such as piling dirty dishes on someone’s bed.

“Some men with a low threshold level expect women to do most of the household work and are bothered because their partner is not motivated to do so. This expectation may come from the fact that, for social and evolutionary reasons, women pay more attention to and have more awareness of detail. They also have a keener sense of smell,” Alberts said.

Kendra Knight, a former ASU graduate student, measured individuals’ threshold levels by showing them a series of increasingly messy photos to discern at what point they would be motivated to act. Knight’s work is being recognized at the National Communication Association Convention in November when she will receive the Gerald R. Miller Outstanding Dissertation Award.

How does one avoid the chore trap?

“At the beginning of a relationship, try not to do a task more than three times in a row, if you don’t want be seen as owning the task,” Alberts advises.

If someone has a lower threshold for messes, thank your partner for their efforts.

“If you don’t feel that your partner is grateful for your efforts, especially if you perform the lion’s share of domestic labor, that’s likely to exacerbate feelings of inequity and dissatisfaction, making a difficult situation even worse,” according to an article in The Greater Good that Alberts co-authored with Angela Trethewey, Hugh Downs School of Communication director and professor.

Keep in mind that some people are simply oblivious until it reaches a crisis point, such as when someone runs out of underwear after three weeks.

“If it doesn’t trigger your threshold, it doesn’t register,” Alberts said.

A new book examines the American Indian narrative, a story of tragedy, strength and resilience.

As much as the American Indian narrative is about tragedy, it is equally a story of strength and resilience.

“Indian Resilience and Rebuilding: Indigenous Nations in the Modern American West,” by ASU Distinguished Professor of History Donald Fixico (Shawnee, Sac & Fox, Muscogee Creek and Seminole) examines this phenomenon in his latest book, published by the University of Arizona Press. 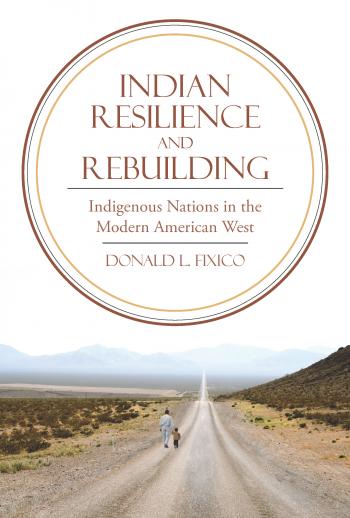 Looking at Indian life through struggles faced when reservations were established, through boarding school education and the move to bring American Indians into cities, among other events, brings the reader through experiences that were oftentimes traumatic, but also offered opportunities through adversity.

“The boarding schools were something so negative,” Fixico said. “As Indians overcame tyranny, they overcame the most negative part of this experience and made it a positive as they saw the value in education.”

It’s a pattern that has continued as American Indians have extrapolated tools from their experiences that have enabled rebuilding. Inspiration for Fixico’s 13th book stems from an experience where he watched an armored truck drive away from a casino on the Gila Indian Reservation. He was struck by the irony of the situation that was reversed 100 years ago when a government wagon would have been bringing in treaty-promised supplies to help Native people.

“The book is really about that turnaround,” he said.

It’s a dramatic shift from the late 1800s when there were only 237,000 Indians in the United States compared to the 5 million that lived there before European settlement began.

“That’s almost ethnic genocide,” Fixico said. “There were 1,600 wars and skirmishes that decimated the Indian population.”

From those dark days, rebuilding is examined through the eras of activism, natural resource development, Indian gaming, sacred land return and repatriation.

“Native people have reinvented themselves. They take the tools that have been used to repress them and utilize mainstream capitalism and education while retaining the old ways,” he said.

Seminal turning points in American Indian history include activism that took off during the 1960s and 70s in the era of Vietnam protests, when Indians began calling for recognition of treaty rights, among other issues.

Among politicians who worked for change for American Indians during the era was President Richard Nixon, whose administration laid the foundation for Indian self determination where American Indians began to decide their own destinies.

“He listened to American Indian concerns. Nixon came from a poor background. He may have very well have identified with Indian people,” Fixico said. President Jimmy Carter was also instrumental with the passage of the Indian Religious Freedom Act and the Indian Child Welfare Act, both of 1978, during his administration.

Repatriation and sacred land return is another important issue that is addressed as a question of morality. “While people respect their own cemeteries and cultural artifacts, Indian graveyards and artifacts have been grossly desecrated,” Fixico writes.

“Native people don’t want to be disconnected from their past and families. When people take artifacts and human remains, it means disconnecting those individuals who pass away from their people and their community. To take them out of their circle means that you are being severed and you are being exiled. That is the worst thing for Indian people,” he said.

Natural resources development and Indian gaming have provided economic gain for many tribal nations in recent years. Indian gaming was initially started by the Seminoles in 1979.

“Indian gaming exploded in the 80s,” he said. “It’s the rise of Indian entrepreneurship.”

Ultimately the book is indicative of the cover photo of a man and boy walking on a dirt road toward the horizon and symbolically entering the future of Indian nations. Tools that they’re using include education, cultural navigation, indigenous leadership and an indigenous economy.

“We don’t know what the future holds. It’s coming from a very colonized past. The journey is about optimism, but it has been a very long road at the same time,” Fixico said. “If you have resilience, you can survive. When people are better equipped and you’ve developed your culture, education and skills, then you can rebuild. It’s a lesson for all communities and all people.”