“One of the greatest assets that a university has is its faculty,” said Mark Searle, interim provost. “We are fortunate to have insightful and tested leaders, such as professor Clarke, to help us in our shared responsibility to attract and retain top quality faculty members." 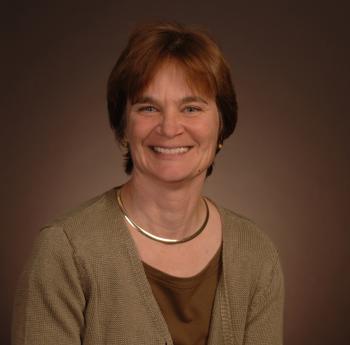 Ritchie, who has served as vice provost since 2012, moves into a new role, that of senior advisor to the provost.

“I would like to extend my thanks to Dr. Ritchie for his excellent contributions over the past three years,” Searle added. “He will continue to help advance Thunderbird School of Global Management, our international outreach and work on major agreements, contracts and related initiatives.”

As vice provost, Clarke will oversee personnel processes for all academic personnel, including hiring, promotion and tenure. She will run workshops designed to help faculty prepare for the various personnel actions and seek to find new ways to assist faculty and academic professionals with professional development. In addition, Clarke’s role includes working with ASU’s academic chairs, directors and deans on personnel issues and faculty concerns.

“I’m very much looking forward to working with our outstanding faculty, administrators and academic professionals as ASU moves forward,” said Clarke, who served previously as the associate dean for faculty with the College of Liberal Arts and Sciences. “The tremendous strides that the university has taken under the leadership of President Crow have also been made possible by the hard work of the ASU community, and I’m honored to have the opportunity to assist that community to the best of my ability.”

Clarke joined ASU’s Department of English in 2008, following 20 years with The Pennsylvania State University. Her primary field of study is 20th-century American fiction, particularly the work of William Faulkner and women authors. She has published two books and numerous articles, reviews and book chapters. Her current efforts include a collaboration to globalize research and teaching of American literature in partnership with Kinnaird College for Women in Lahore, Pakistan. Under her direction, this project seeks to work with Pakistani colleagues to enhance the study and teaching of American literature and culture in Pakistan.

Clarke’s work has been supported by the National Endowment for the Humanities and the U. S. Department of State. She has received numerous awards and honors for scholarship, teaching, advising and mentoring. Most recently, she was named an Outstanding Faculty Mentor by ASU’s Faculty Women’s Association. She also served as a Beatrice Bain Research Fellow at University of California-Berkeley and president of The Faulkner Society, from 2012-2015. Clarke earned her bachelor's degree from the University of Michigan and a master’s and doctorate from Yale University.

Clarke has undertaken a wide range of administrative duties at ASU, in addition to her research pursuits. She is faculty advisor for faculty development, is on the executive board for ASU’s Faculty Women’s Association and chaired the University Promotion and Tenure Committee. While a Dean’s Fellow in liberal arts and sciences, she also worked to develop a college-wide study of mentoring for a faculty mentoring system.

“Our academic personnel are well poised to take the university to new levels of success, and I will do my best to support the people who have done so much to advance our mission,” Clarke said.

The College of Liberal Arts and Sciences Department of English University

An important milestone has been reached with joint efforts between Mayo Clinic and ASU regarding Cancer Survivorship. 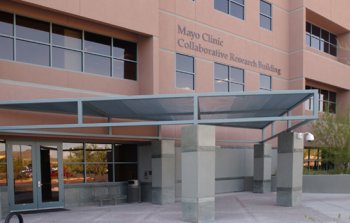 The study is expected to be open and enrolling patients by November 2015. Download Full Image

This $3.1 million, five-year award will support an ASU collaboration with the Mayo Clinic Cancer Center and Maricopa Integrated Health Systems Breast Clinic to examine effects of the qigong/tai chi easy practice on breast cancer survivor symptoms. Qigong and tai chi are ancient Chinese wellness practices that incorporate gentle exercise with a focus on the breath and a meditative state.

The study will compare this meditative movement practice to a gentle exercise (sham qigong) intervention, and to an educational control group to learn about how it impacts quality of life for women who have completed treatment but are still experiencing symptoms, including fatigue, sleep disruption, emotional distress, cognitive dysfunction, and peripheral neuropathy.

To better understand the ways in which qigong/tai chi easy may improve symptoms, blood tests of biomarkers of stress and inflammation will be examined before and after women participate in 12 weeks of intervention (or control).

The study is expected to be open and enrolling patients by November 2015. Several additional joint grant projects have been submitted, or are in preparation between the Mayo Clinic and multi-disciplinary ASU team including the College of Nursing and Health Innovation, School of Health Solutions, and the Biodesign Institute.

These efforts will be a key area of focus for the Cancer Patient Supportive and Survivorship Care Program – a central theme in the new Integrated Cancer Center opening in 2016 on the Mayo Clinic Phoenix campus.

Written by Ruben A. Mesa