Languages have a history of being lost in the United States. Through the process of cultural assimilation, many immigrants settle here and lose linguistic ties to their home countries in a few generations.

Historically, this was a commonplace, even deliberate process for many European settlers. It is a fundamentally different matter, however, when Native Americans begin to lose their languages. This is their place of origin, the stronghold of cultural and linguistic identity. When a language ceases to be spoken in its homeland, it is at risk of vanishing forever. 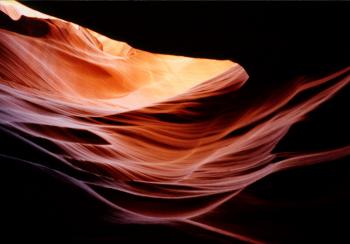 To prevent that from happening, ASU’s Center for Indian Education (CIE) is working with Southwest tribes to document and revitalize the languages of indigenous people. One partnership is with the Fort Mojave Indian Tribe, who reside along the Colorado River, straddling the tri-state area of Needles, Calif., Mohave Valley, Ariz., and Laughlin, Nev.

Natalie Diaz, coordinator of the Fort Mojave Language Recovery Program, has been recording and transcribing the Mojave language for three years. In 2009, she contacted the CIE, which sponsored a Mojave language summit at ASU. This led to a collaborative CIE-Fort Mojave National Science Foundation grant to aid in the language recovery efforts.

“Our main focus right now, because we have so few speakers, is documentation,” says Diaz. “We’re trying our best to get as much as we can documented with audio and visual recordings.”

Part of the program is dedicated to retaining the Mojave bird songs, which are traditionally songs of celebration. The songs are also part of a larger oral tradition that communicates values and carry lessons of cultural importance to Mojave people, says Teresa McCarty, co-director of the CIE.

“The bird songs are sung in Mojave, so you’re documenting and transcribing it in Mojave into English so you have a record of them,” says Larisa Warhol, associate research professor at CIE. “But there’s also special ‘song words’ that are only used in songs. They’re Mojave words, but they’re unique to when you sing.”

Documenting these songs is vital because there is only one remaining fluent bird singer, 84-year-old Hubert McCord. An equally important player in the songs’ documentation is 76-year-old Delphina Yrigoyen, a fluent speaker and one of the last hapuk – a female who sings along with the main singer.

Though these two are the leaders of the song project, they are joined by a group of 20 other Mojave elders who contribute by discussing their experience with and practice of singing the songs.

The program has organized a group of teenage males to learn the songs from McCord, a traditionally male practice. Tyrone Thomas Jr., McCord’s great-grandson; Jesse Alvarado and Rueben Schaffer are part of that group.

However, in order to effectively pass along the songs, the program has deviated slightly from the traditional way of teaching them. Historically, those learning the songs would already be fluent in Mojave. Instead of simply listening to and singing the songs, the current generation of singers also requires context and analysis of the songs and the language used.

“They’re hearing it, they’re singing it, but we’ve added that third prong, which is the explanation of it,” says Diaz. “When are we supposed to sing this song? What are the words and phrases we’re hearing? What do those things mean?”

“We’re fortunate to have a very forward-thinking group of elders,” says Diaz. “Recording is very uncomfortable for them, but they’ve put the needs of the community and the survival of the language over their own comforts. They have a much deeper understanding of what will be lost.”

Hesitation to embrace Western practices is understandable, as some Mojave elders lived through traumatic federal Indian boarding schools, which were established to educate Native populations to the standards of European Americans. Students were stripped of their cultural identity, dressed in European attire and punished for speaking their native tongue.

“One explicit goal of the whole boarding school experience was to inculcate in the students Anglo-European notions of the alleged inferiority of their heritage language and culture and the superiority of English,” says McCarty.

“It is always difficult to bring in non-community members, especially with a topic as sensitive and emotional as the fight to retain our language. For our elders to be able to open up to the ASU team and to include them in our language community is a testament both to the group of hard-working and respectful people we found at ASU and to the urgency our elders feel,” says Diaz.

The program’s overall goal is not to simply relegate Mojave to a classroom. The program seeks to bring it to the same level of prominence as English in people’s lives.

“We want to let young people to be able to write it, to text in it, to Facebook in it,” says Diaz. “There’s so much that’s carried in a language, in a word, a phrase. And there’s so many values and lessons that are carried in the language that English cannot hold. The main goal is to not only speak and think in it, but to begin to live by it.”

In that sense, the recovery of their heritage language is also an attempt to renew aspects of the Mojave culture that have waned. This is mirrored in Mojave language and stories, where birds do not “sing,” but “cry.” According to tradition, birds were once human. Now, they cry for the life they once had, just as Mojave today mourn the loss of tradition but work to restore it.

“This speaks directly to what we are fighting to preserve and revitalize, which is our Mojave identity,” says Diaz. “The language is the purest expression of ‘Mojaveness’ since it holds the keys to the way we think and feel, as well as the experiences and struggles of the Mojave who lived before us.”

That ideological shift is not without challenges, as McCarty sees language revitalization as part of a healing process as well, where communities examine the history of oppression that has led to the need to recover a language.

“It’s a challenge that we at ASU can be allies in, but it’s really the communities themselves that take the task on and that’s what they’re doing at Fort Mojave,” McCarty adds. “It’s a huge effort people make to repatriate or recover a language. It’s not something you do in a few weeks or months or even a few years. It’s a generational process.”

Currently the Fort Mojave program and the CIE are working to build the foundation for a larger grant from the NSF’s Documenting Endangered Languages program.

Sooner than we think, we will have access to our own genetic codes. Are we ready to join the DNA generation?

Sooner than we think, we will have access to our own genetic codes. Are we ready to join the DNA generation? 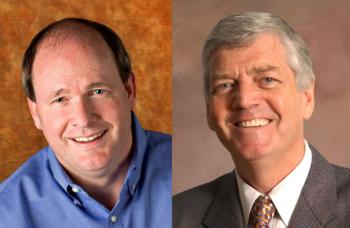 Marchant is a geneticist, law professor and leading scholar on issues of law and policy and their intersection with science and technological innovations. Named a 2011 ASU Regents’ Professor, he teaches at the Sandra Day O’Connor College of Law and is faculty director of its Center for Law, Science & Innovation (LSI). Marchant and Rachel Lindor, a research director of LSI, recently co-authored “The Doctor Will See Your Genome Now: Will whole-genome sequencing create a new liability tsunami for physicians?” for Slate.

At NOVA’s request, Marchant and Lindor also wrote an essay on the intersection of personalized medicine and law, titled “Top Ten Policy, Ethical and Legal Issues with Genetic Information,” and can be accessed on the PBS show’s blog Inside NOVA.

Poste is chief scientist and co-director of ASU’s Complex Adaptive Systems Initiative (CASI) and Del E. Webb Professor of Health Innovation. From 2003 to 2009, he directed and built the Biodesign Institute at ASU. Poste serves on the board of directors for Monsanto, Exelixis and Caris Life Sciences. He formerly was chief science and technology officer and president, R&D, of SmithKline Beecham and led teams that successfully developed 31 new drugs, diagnostics and vaccines. He also is the recipient of major academic and industry honors.

As the NOVA episode reveals, access to our personal genetic codes positions us at the brink of a medical revolution. The public television production profiles cancer patients returned to robust health and a cystic fibrosis sufferer breathing easily because scientists could pinpoint and neutralize genetic abnormalities underlying their conditions. The hour-long show also raises a range of ethical questions.

On “Arizona Horizon,” ASU’s Marchant and Poste will address the impact of new genetic technologies and ethical and technical challenges posed by this new medical reality. Will it help or hurt us to be warned we are likely to incur a serious disease? What if such information falls into the hands of insurance companies, employers, prospective mates? Should parents be allowed to select embryos having specific traits? Will doctors become liable for what they didn’t know about a patient’s whole-genome sequence?

Joining them on “Arizona Horizon” will be Stephanie Buchholtz, director of the Office of Research Compliance & Quality Management at The Translational Genomics Research Institute (TGen). Buchholtz is responsible for ensuring that all TGen research activities are compliant with federal, state and local regulations. A doctorate student in ASU’s Biology and Society program – in the School of Life Sciences, within the College of Liberal Arts and Sciences – her research interests include the ethical, legal and social implications regarding the disclosure of research results to study participants.