Joining Crow as a newly elected AAAS Fellow from ASU is Stuart Newfeld. Both are featured in the Nov. 30 Science magazine, and they will be recognized Feb. 16 at a forum of the 2013 AAAS annual meeting in Boston.

This year’s election brings the total number of AAAS Fellows at Arizona State University to 67.

Becoming an AAAS Fellow is in recognition of efforts toward advancing science applications that are deemed scientifically or socially distinguished. Within that general framework, each awardee is honored for contributions to a specific field.

Michael M. Crow is recognized by AAAS for “provocative contributions to public discourse on the appropriate role of government in setting priorities in funding science and willingness to challenge dogma.” Crow has been a champion of outcome-driven science models. A cornerstone of that effort is the Consortium for Science, Policy, and Outcomes, which he founded in 1998 while at Columbia University and which has since transferred to Arizona State University. CSPO is dedicated to linking science and technology to optimal social, economic and environmental outcomes.

Crow also has suggested fundamental shifts in the philosophy of modern science away from mastering the physical world and optimizing the use of its resources, to one that recognizes the natural limits of Earth and attempts to work within them and to live in harmony within our world. From these concepts the central role of sustainability, the widespread adoption of interdisciplinary research and the employment of biologically inspired innovation have become cornerstones at ASU during the past decade.

The 16th president of Arizona State University, Crow is guiding the transformation of ASU into an institution that combines the highest levels of academic excellence, inclusiveness and maximum societal impact – a model he calls the New American University.

Stuart J. Newfeld is recognized by AAAS for his distinguished contributions to the field of molecular genetics via the discovery of Smad tumor suppressors and the elucidation of their function in development and cancer. Newfeld and his colleagues discovered Smad proteins while conducting research at Harvard University. His ongoing studies of these complex molecules at Arizona State University have shed new light on how cells communicate during embryonic development and how cellular miscommunication in adults can lead to tumors.

Newfeld is a professor in ASU’s School of Life Sciences and faculty leader of the school’s Cellular & Molecular Biosciences group. He is also the principal investigator of the NIH-funded program for Graduate and Undergraduate Training in Biomedicine in the College of Liberal Arts and Sciences at Arizona State University.

Kip Hodges will be honored in this week's issue of Science magazine for his work in developing a new teaching style called inquiry based instruction.

Lectures, PowerPoint presentations and assigned readings are the basis of the typical classroom experience, but experts say science education is moving away from this traditional teaching routine. 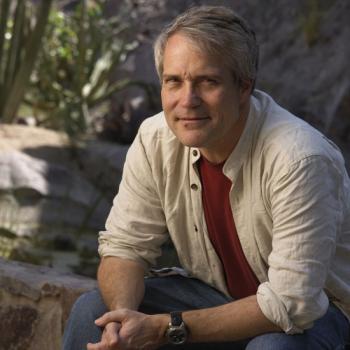 Kip Hodges, founding director of Arizona State University’s School of Earth and Space Exploration, will be honored in this week’s issue of Science magazine for his work in developing this teaching style.

Hodges was chosen as one of 15 recipients of the Science Prize for Inquiry Based Instruction by the editors of Science magazine. He describes his work in an essay published in the Nov. 30 issue of Science: “Instead of giving students information in a classroom, the idea behind inquiry-based instruction is to create an environment where students have to find things out for themselves,” Hodges writes.

Hodges initially developed the idea for his teaching style for a class named “Solving Complex Problems” at the Massachusetts Institute of Technology, where he taught before moving to ASU in 2006. In that class, Hodges said he challenged his students to design a mission to Mars to search for signs of past or present life.

“Students had to learn how to find information from many different domains of science, engineering and policy,” Hodges said. “They learned how to think across the boundaries of traditional disciplines.”

At ASU, he used the same approach teaching “Engineering Systems and Experimental Design,” a class typically taken by students majoring in Earth and Space Exploration in the School of Earth and Space Exploration and Aerospace Engineering in the School for Engineering of Matter, Transport, and Energy. Frequently, he partnered in teaching the course with Winslow Burleson, a faculty member in ASU’s School of Computing and Informatics.

Shay Cheeseman, an Earth and Space Exploration senior, took the class as a sophomore. Her class was given the challenge of designing a mission to the moon. Cheeseman said the class taught her skills that more traditional classes do not, including teamwork and taking an interdisciplinary approach toward problem-solving.

“Students did a lot of work to make sure everybody did their part,” she said. “You have people depending on you, so it’s more like a work situation.”

Raymond Sanders, a senior astrophysics major, was a classmate of Cheeseman. He said the class focused on how science is done “in the real world.”

From the student’s perspective, “a lot of traditional lecture courses wind up being simple regurgitation,” Sanders said. “Hodges’ course takes the practical approach of ‘Here is a problem. I want to see how you solve it.’”

Sanders explains that creativity is a key part of effective problem-solving, especially when Hodges would throw challenges at the class like “What if your rocket blows up during the launch?”

“Hodges didn’t put constraints on anything. He didn’t want us talking about Star Trek or Star Wars, but he did want us to find novel ways to solve the problem,” Sanders said.

Hodges said that one of the goals of inquiry-based education is to teach students how to be creative.

“When you’re an undergraduate, much of your education is about learning how to solve problems for which there is an answer key,” he said. “But after you graduate, society asks you to solve problems that have no well-defined solution, and that require much greater creativity.”

Hodges hasn’t taught the engineering systems and experimental design class since the Fall 2011 semester because of curriculum restructuring within the school. But starting in the Spring 2013 semester, Hodges will teach the senior capstone course for the school’s BA major in Earth and Environmental Studies as an inquiry-based class.

“The more we teach students that there is a profound value to creativity, the better we’re serving them in terms of preparing them for the rest of their lives,” he said.