A former international journalist for BBC World Service in India is joining the Walter Cronkite School of Journalism and Mass Communication at Arizona State University as an assistant professor of digital media.

Monica Chadha spent more than a decade reporting from India for the BBC and The Indian Express, one of the country’s largest English language newspapers. In 10-plus years of reporting, Chadha produced multimedia stories for online, radio, print and television. 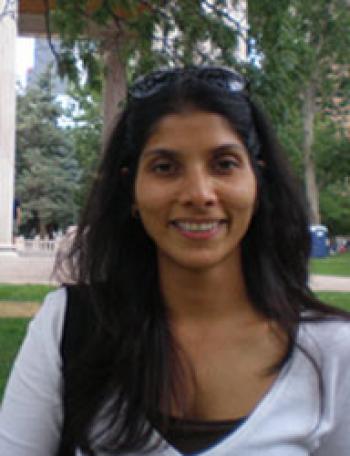 Chadha will help lead one of the country’s strongest digital journalism programs and teach multimedia journalism to introductory and advanced-level students. She will also conduct innovative research in digital media.

“I am very excited to join the Cronkite School and a team that is committed to journalism research and practice in equal measure,” Chadha said. “It is a great opportunity to work with exceptional colleagues, talented students and continue my research in the field of new media and media entrepreneurship.”

At the BBC, she wrote and produced news stories on a variety of subjects, including the Indian economy, politics and entertainment. She also worked with journalists across South Asia, assigning and editing news stories.

Chadha is completing her doctorate at the School of Journalism at the University of Texas at Austin with a research focus in entrepreneurial journalism, newsroom convergence and new technologies and media effects.

Chadha has been published in Journalism Practice and the Journal of Information Technology and Politics, and presented her research at international academic conferences in London, Washington and Santiago, Chile. She holds two master’s degrees, one in political science and sociology from the University of Mumbai, another in American studies from Jawaharlal Nehru University at New Delhi.

In the past six years, the Cronkite School has added more than 20 top journalists and scholars to its faculty.

Arizona State women's basketball is showing their appreciation for ASU faculty and staff by offering $5 admission to the game against the University of Arizona on Feb. 4.

Arizona State women's basketball wants to show appreciation to the ASU faculty and staff for their dedication to the university, Sun Devil Athletics and student athletes.

Cheer on our nationally ranked women’s basketball team at 7:30 p.m., Feb. 4 for the "gold" game as we take on our rivals from down south. To show our continued appreciation, join us to beat the University of Arizona Wildcats by using the promo code "GOLD" for $5 admission. Click here for tickets.

The Sun Devils need you to help conquer the Kitty as one.