The Walter Cronkite School of Journalism and Mass Communication at Arizona State University is hosting a group of international journalists as part of the U.S. State Department’s prestigious Edward R. Murrow Program for Journalists.

The Murrow Program, named in honor of the late CBS News journalist, began in 2006 to enable emerging international print, broadcast and digital media journalists to study journalism and civic processes in the United States. Since its inception, the program has brought more than 900 journalists from approximately 90 countries to the United States.

This year approximately 130 journalists are coming to the United States for a three-week program that starts in Washington, D.C., and ends in Chicago. ASU is one of nine partner universities hosting the visitors as they travel the country to gain an understanding of U.S. politics, government and news media.

The Cronkite School will host 17 journalists from sub-Saharan Africa. This year’s participants, who have been nominated by the U.S. embassies in their countries of residence, come from Angola, Botswana, Democratic Republic of the Congo, Ethiopia, Kenya, Mozambique, Namibia, Nigeria, Rwanda, Sierra Leone, South Africa, South Sudan, Sudan and Zimbabwe.

This is the third year that Cronkite has hosted the Murrow Program. The school welcomed 13 Murrow visitors from South Asia last year.

“We’re proud to open the doors of Cronkite Global Initiatives to journalists worldwide, and especially to our Murrow visitors from Africa as they witness firsthand a free press covering an election,” said B. William Silcock, associate professor of journalism and director of Cronkite Global Initiatives. “I believe there’s no better time to watch democracy unfold and see the interplay between the press and politicians than during a presidential election, and no better place in the country to observe that than at the Cronkite School.”

The journalists will visit the Cronkite School from Nov. 3-8. While in Arizona, the Murrow visitors will observe firsthand American civic life and how local and national news media cover politics and government.

This year’s program focuses on the media’s role in covering the 2012 elections. The visitors will participate in a three-day seminar about elections and the media, hearing from Cronkite faculty on topics ranging from the polling process to key issues and races in Arizona. They also will hear from student journalists who participated in a major national investigation into voting rights as part of the Carnegie-Knight News21 national investigative journalism initiative.

In addition, on Election Day, the Murrow visitors will be paired with student journalists who are covering the elections for a variety of news outlets, including Cronkite News Service, the school’s multimedia news service for professional news outlets around the region; Cronkite NewsWatch, a live, 30-minute, student-produced newscast airing on PBS four nights a week; The State Press, ASU’s independent campus newspaper and website; and The Blaze 1330 AM, ASU’s independent campus radio station. The visitors will accompany the students as they report from the field on local and state elections as well as the presidential election.

The Cronkite School also hosts the Hubert H. Humphrey Fellowship in journalism, a partnership with the U.S. State Department and the Institute of International Education that brings accomplished mid-career journalists from designated countries to the U.S. for a 10-month intensive academic study and professional experience.

Professor Zachary Kramer will present a paper at the Williams Institute at UCLA, Nov. 6, as part of its Works-In-Progress lecture series.

Professor Zachary Kramer, associate dean for Intellectual Life, will present a paper at the Williams Institute at UCLA on Tuesday, Nov. 6, as part of its Works-In-Progress lecture series.

The paper, titled “The New Sex Discrimination,” observes that the toughest obstacle facing victims of modern sex discrimination is the need to relate their discrimination claims to a narrative of group subordination. In Kramer’s views, dealing with new discrimination demands a vision of equality that understands that no two women and no two men are the same. 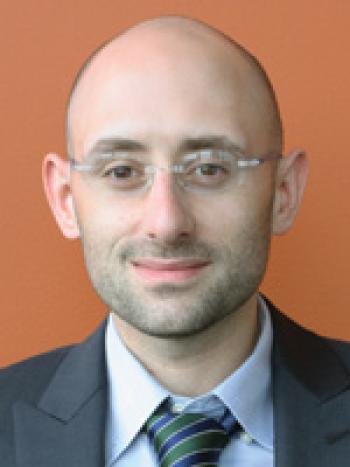