Mary Frances Berry says we live in a society where civil rights have advanced over the years, but many concerns still remain.

Berry will share her views about civil rights, the fight to obtain justice and opportunity for all, and the effect of economic and societal forces on social movements, as part of the 2015 John J. Rhodes Lecture in Public Policy & American Institutions presented by Barrett, the Honors College at Arizona State University. 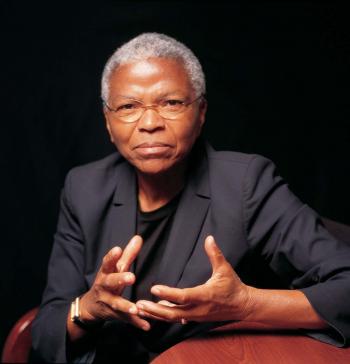 “We’ve made progress on LGBT rights and same sex-marriage, and we’re waiting to hear what the (United States) Supreme Court will say on the same sex-marriage issue this year,” said the former chairwoman of the U.S. Commission of Civil Rights, referring to the expectation that the high court will hear oral arguments in four consolidated same-sex marriage cases in April and issue a decision by late June.

The court will rule on the power of the states to ban same-sex marriages and to refuse to recognize such marriages performed in another state. Currently 36 states allow same-sex marriage, with bans remaining in the other 14, but all are under court challenge.

The fact that the issue has reached the ears of the High Court justices signifies progress on this significant civil rights issue, Berry said, but “we still have an awful lot of work to do in this and other areas.”

The lecture is scheduled for 7 p.m., Feb. 25, at the Galvin Playhouse on the ASU Tempe campus. Admission is free and open to the public. A book signing will immediate follow the lecture. Tickets are available here.

Berry spent nearly 25 years on the Civil Rights Commission, serving as chair from 1993 to 2004. She has written 10 books on racism, women’s rights and black history, and she co-founded the Free South Africa Movement, which worked to end apartheid in South Africa. She currently is the Geraldine R. Segal Professor of American Social Thought and Professor of History at the University of Pennsylvania in Philadelphia.

Berry said dissension within communities regarding relations with police – especially in cities where unarmed black men have been killed in confrontations with officers – is at the forefront of the civil rights debate. Women’s rights, access to quality education and income inequality also continue to be concerns, she said.

“Police are patrolling in communities where people are living in difficult circumstances, working with low skills and earning below the poverty level. A lot of clashes are with people who are stressed and marginalized. We need to ask what we can do about social ills that lead to these situations,” she said.

“My approach is there should be a middle ground. You need peaceful protest to point out what is wrong, but you also need discussion to advance ideas for solutions. Through dialogue we can gain understanding and move toward solutions,” she added.

Berry is a proponent of civilian review boards that have the power to investigate and respond to complaints and advise governmental bodies on civil rights issues.

She also supports an increase in the federal minimum wage, believing that higher income for workers helps lead to financial and social stability. Immigration reform also is on her mind.

“With immigration, everyone talks about securing the border. You can secure the border, but people will still come. Unless something is done about the injustices and dangerous living conditions in the countries people come from, they will keep crossing borders,” she said.

In addition to the lecture, Barrett Honors College and the Justice and Social Inquiry program at the ASU School of Social Transformation present "Civil Leadership and What It Means To be A Catalyst for Change: A breakfast conversation with Dr. Mary Frances Berry and community leaders," from 9 to 10 a.m., Feb. 25, in room 135 at West Hall, located at 1000 S. Cady Mall on the ASU Tempe campus.

The panel discussion is free and open to the public, however reservations are requested. To RSVP, email barrettevents@gmail.com.

Project aims for prosthetic that senses like real hand

An ASU neurophysiologist will be part of a nationwide collaborative effort to produce a wireless prosthetic hand with all the capabilities of a natural hand.

Project aims for prosthetic that senses like real hand

One of the major challenges in prosthetic technologies is to create an artificial hand capable of the same tactile sensations and motion perception as a natural hand.

Arizona State University neurophysiologist Stephen Helms Tillery will have an opportunity to contribute to progress toward that goal. 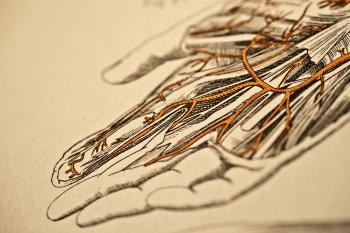 He will be a member of one of the teams involved in a nationwide research collaboration to pursue technological advances to produce systems and devices enabling users to control and sense a prosthetic hand through the same neural signaling pathways used by intact hands and arms.

Called HAPTIX (Hand Proprioception and Touch Interfaces), it is the first program for the new Biological Technologies Office of the Defense Advanced Research Agency (DARPA), a part of the U.S. Department of Defense.

DARPA is undertaking the project as part of its mission to provide support for wounded U.S. military veterans, but the program, if successful, is expected to have significantly broader impacts on the development of next-generation prosthetic technologies.

“We want to make a prosthetic hand that can do all the amazing things a normal hand can do,” said Helms Tillery, an associate professor in the School of Biological and Health Systems Engineering, one of ASU’s Ira A. Fulton Schools of Engineering.

That means finding ways for a prosthetic hand to be able to sense the shape, texture and weight of whatever it touches, and to be able to perceive how much or how little pressure or force is needed to grasp, lift or manipulate objects, he said.

The teams will work to help figure out how a prosthetic hand could do all of this wirelessly, so that it can be operated solely with internal controls. ASU researchers will then focus on testing the use of the system’s performance in providing tactile sensation.

Doing that will require developing a system of electrodes, complete with intricate circuitry and tiny microprocessors, that provides a power source and an interface between the electronics and the body’s nervous system – a system that will be implanted into the forearm at a point where a removable prosthetic hand would attach.

The goal is to establish a reliable and accurate communication loop between electrodes and nerves.

“We have to develop algorithms for taking the signals to control motion that come from the brain and translating them into something that conveys information to the nerves that interact with an implanted interface system,” Helms Tillery explained.

For an artificial hand to be capable of giving the user perceptions of weight, shape, texture, hardness or softness, researchers must solve the challenge of “getting that sensory information to go from the prosthetic hand and through the interface system to the nervous system and to the brain, and back to the hand,” he said.

Helms Tillery will collaborate directly on the project with Nerves Incorporated, a Dallas-based manufacturer of electromedical equipment. The team will be led by Edward Keefer, a neurophysiologist and engineer at Nerves Inc., and joined also by Jonathan Cheng, a plastic surgeon whose expertise includes reconstructive hand surgery.

Helms Tillery will share information and research results regularly with members of the other teams in the HAPTIX program network.

The first phase of DARPA’s HAPTIX program endeavor is planned to last a year and a half, which includes time for testing prototypes of the new prosthetic hands with selected amputees.

Helms Tillery said prototypes will be equipped with data-collection devices enabling researchers to assess how the neural interface system is functioning and how users are adapting to the new prosthetic hand technology.

Read more about the HAPTIX program and the DARPA news release about the program's Phase 1 project.