An arsenal of chemicals are used to effectively battle noxious pests. The costs to human health from pesticide exposure, however, have not received adequate scientific attention.

Rolf Halden, a researcher at Arizona State University’s Biodesign Institute, joined forces with with key collaborators from other major research institutions, to study two particularly pervasive pesticides, examining their levels in utero and the effects of these chemicals on newborns. The group’s research – the first of its kind to examine the health implications of two leading pesticides during fetal development – recently appeared in the journal Environmental Science & Technology. Due to the widespread use of pesticides, humans are exposed to an assortment of these chemicals throughout their lives. Chlordane and permethrin, two common chemicals, are the focus of Halden’s multi-institutional team involving Arizona State University, Johns Hopkins University, the National Cancer Institute and Emory University.

Chlordane, having been identified as a likely human carcinogen, was banned from use in 1988. It remains a human health issue long after its discontinued use, however, as it is known to persist in the environment along with other such organohalide chemicals, Halden stresses: “Chlordane is just one of many mass produced organohalides that are detectable in the U.S. environment, where they cause ecological and human health concerns, due to their inherent persistence, toxicity and strong tendency to bioaccumulate in living organisms, including humans.”

Permethrin, known as a pyrethroid insecticide, doesn’t share chlordane’s long-term persistence in the environment, but is nevertheless of serious health concern. It is one of the most broadly used pesticides today—applied for commercial and residential insect control, for food and feed crops, on clothing and as part of mosquito abatement programs.

The health effects from environmental contaminants like chlordane and permethrin are a matter of growing concern, particularly during sensitive stages of fetal development.  Halden notes that the human immune system is vulnerable to changes caused by such chemicals. White blood cells including lymphocytes (T and B cells), natural killer (NK) cells and monocytes, which can mature into macrophages and migrate to other tissues, are all part of the complex fabric of immunity.

Previous in vitro studies have shown that chlordane and permethrin can affect the delicate immune system in both humans and animals. For example, chlordane has been shown to reduce the effectiveness of NK cells to attack and kill tumor cells. Further, migration of cells to sites of inflammation—a process known as chemotaxis—is also inhibited following chlordane exposure.  Other immune functions associated with tumor-fighting processes and auto-immunity may be disrupted as a result of elevated chlordane levels.

Despite existing data implicating chlordane and permethrin in immune system interference, the effects of these two chemicals on immune activity during fetal development has not previously been studied. Working in conjunction with the Center for Disease Control, Halden and collaborators set out to investigate whether in utero exposure to chlordane or permethrin is associated with changes in cytokine levels at birth.

Cytokines are signaling proteins that play a critical role in the immune system, particularly during the processes of inflammation and infection. Halden and his colleagues measured serum levels of nine cytokines in newborns, comparing these with recorded birth weight, length, head circumference and gestational age. They also measured umbilical cord serum from 300 newborns at the Johns Hopkins Hospital, analyzing these for permethrin, chlordane and PBUT—a chemical often used in commercial preparations of permethrin, to enhance the chemical’s insecticidal properties.

Results of the study showed a clear correlation between higher chlordane concentrations and lower levels of a particular cytokine, labeled IL-12. This cytokine is linked with an inflammatory immune response and its reduced levels suggest impairment of this response. The team concludes that such changes in IL-12 could be associated with a decreased ability in newborns to resist infection or combat tumor formation.

Changes in growth parameters or gestational age of newborns did not appear to be correlated with chlordane or permethrin serum levels. Nevertheless, the results of the study were significant and represent the first compelling association between chlordane and permethrin exposure and levels of inflammatory cytokines in the fetus.

Midyear job-growth numbers for each state are out, and an expert from ASU's W. P. Carey School of Business is offering his insight on the trends.

Americans are closely watching the job market as a key sign of whether the economy is really improving. Midyear job-growth numbers for each state are out, and an expert from the W. P. Carey School of Business at Arizona State University is offering his insight on the trends.

“The number of new jobs added only from May to June in the U.S. does not look very good (18,000), but if you compare this June to last June, then we’re looking much better,” explains research professor Lee McPheters, director of the JPMorgan Chase Economic Outlook Center at the W. P. Carey School of Business and editor of the Western Blue Chip Economic Forecast newsletter. “Nationally, we’ve added 1.2 million jobs since last June, an increase of 0.9 percent.” 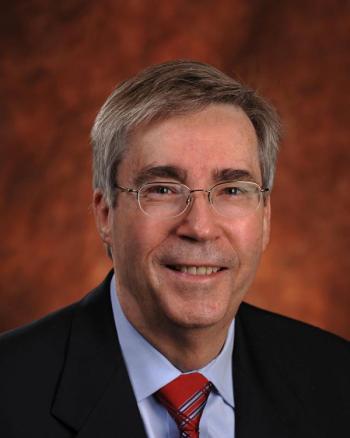 McPheters says a total of 40 states added jobs year-over-year, based on non-seasonally adjusted payroll employment figures from the U.S. Bureau of Labor Statistics. In fact, North Dakota saw a jobs-increase rate of almost 5 percent (4.8 percent) from June 2010 to June 2011. It was followed by Wyoming, Vermont, Texas and Utah, each with gains of more than 2 percent. North Dakota has ranked first among all states in the rate of job growth for the past three years.

“The greatest drag on employment expansion is the government sector,” adds McPheters. “The nation lost 3 percent of its government jobs year-over-year – 668,000 at all levels, including national, state and local.”

Federal government jobs are down in all 50 states. Half of the eliminated government jobs from June 2010 to June 2011 were at the federal level, with the sharpest percentage decline happening in New York (23 percent) and the largest absolute number (36,900) lost in California.