Imagine a situation in which a parent ignores the yells for help of a drowning child because the parent had been genetically “enhanced” as an embryo to be highly task-focused – a sort of permanent pre-birth “treatment” for attention deficit disorder. Could that parent be held responsible for the child’s death?

That is just one of many interesting and controversial scenarios ASU faculty consider in a new volume of essays, “Building Better Humans? Refocusing the Debate on Transhumanism.” 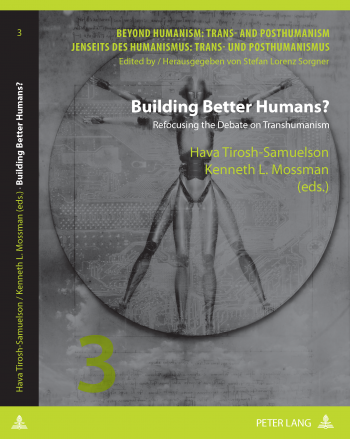 Transhumanism is a movement that promotes advanced technology for the physical, intellectual, emotional and spiritual enhancement of the human species. It is the transition phase toward the posthuman age in which intelligent machines will substitute for and eventually discard biological humans, according to Hava Tirosh-Samuelson, a history professor at ASU who co-edited the book with Ken Mossman in the School of Life Sciences.

“Transhumanism is not a silly idea dreamed up by a few naïve techno-optimists,” says Tirosh-Samuelson. “It is a serious engagement of intelligent, innovative, creative scientists, engineers and computer specialists all over the world.”

The essays in this volume, penned by faculty from diverse disciplines including law, physics, life sciences, engineering and religious studies, are largely critical of transhumanism. At the same time, they admit that biotechnology is an important social force that will continue to transform our lives.

“The goal of the book is to inspire conversation and debate about changes envisioned by advocates of transhumanism,” says Tirosh-Samuelson, “so that we will at least be aware of what is at stake in the processes ahead.”

For example, one author discusses the possibility of the emergence of a “superior race” – a society of posthumans who are still considered human but have extraordinary capabilities beyond what normal humans have. Another essay ponders whether transhumanists’ attempts to change human nature violate the right of future generations to have that human nature.

The ideas behind transhumanism come from some familiar sources. In the 18th century, Benjamin Franklin suggested that rapid scientific advancement could one day cure all diseases, including old age. Celebrated American biologist J.B.S. Haldane, one of the giants of evolutionary biology, predicted in a 1923 book that humanity would eventually be improved by application of the emerging science of genetics.

British biologist-author Julian Huxley coined the word transhumanism in 1957. He defined it as man transcending himself and developing a new human nature. Franklin, Haldane and Huxley are among the “founding fathers” that current transhumanists point to as their inspiration.

Today, the transhumanist organization HumanityPlus has about 6,000 members in more than 100 countries around the world. The movement has gained force and charted new directions in recent years as the pace of technological advances in the human biological sciences has increased. The Human Genome Project, breakthroughs in cloning and robotics, and other technological achievements have made the dreams of change appear very close to reality.

In an introduction to “Building Better Humans?” ASU President Michael M. Crow  contends that we have arrived at a new evolutionary phase – “self-directed evolution” – in which humans have the capacity to shape not only the outcomes in our environment but also to directly shape our organisms through self-enhancement.

“As a consequence,” writes Crow, “we have reached a point where three questions should be asked: what are we doing, why are we doing it, and is this the outcome we want?”

The book’s authors do not attempt to settle the debate but rather to provide new perspectives that can both enlarge the scope of the debate and bring it into sharper focus. The essays are grouped into four sections: transhumanism and world religions, transhumansim and medical enhancement, transhumanism and the human person, and transhumanism as a futuristic vision: the interplay of technology and culture.

“Building Better Humans?” is the culmination of a six-year project at ASU involving faculty from across the university exploring the social, legal, ethical and religious implications of the futuristic scenario that transhumanism promises. The project, which produced four other books in addition to this one, included seminars, visiting scholars and fellows, public lectures, and workshops, all funded by a grant from the Metanexus Institute and the John Templeton Foundation.

The project operated under the auspices of the Center for the Study of Religion and Conflict in the College of Liberal Arts and Sciences at ASU. The center is an interdisciplinary research unit that examines the role of religion as a driving force in human affairs.

Tirosh-Samuelson is a member of the center’s advisory committee and an affiliated faculty member. The center recently received an additional grant to continue the investigation into transhumanism titled “The Transhumanist Imagination: Innovation, Secularization and Eschatology." Tirosh-Samuelson will serve as a principal investigator on that project as well. (See related story.)

“Building Better Humans?” was published by the international academic publishing company Peter Lang as the third volume in a series titled “Beyond Humanism: Trans- and Posthumanism.”

ASU Libraries has acquired a collection of manuscripts created by one of Latin America’s most famous poets. 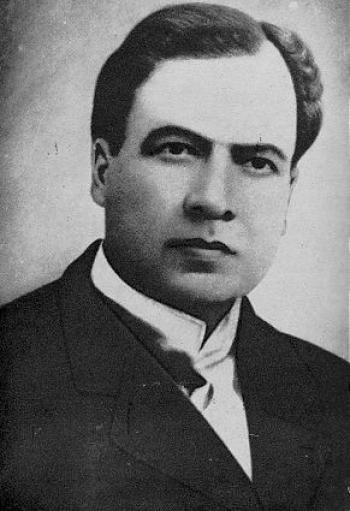