Conversion of large swaths of Brazilian land for sugar plantations will help the country meet its needs for producing cane-derived ethanol, but it also could lead to important regional climate effects, according to a team of researchers from Arizona State University, Stanford University and the Carnegie Institution for Science. 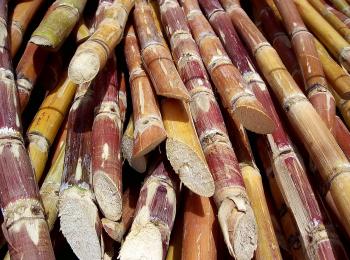 “When averaged over the entire year, there appears to be little effect on temperature,” said Matei Georgescu, an assistant professor in ASU’s School of Geographical Sciences and Urban Planning, a senior sustainability scientist in the Global Institute of Sustainability, and lead author of the paper. “However, the temperature fluctuation between the peak of the growing season, when cooling occurs relative to the prior landscape, and crop harvest, when warming occurs compared to the previous landscape, of about 2 degrees Celsius (3.6 degrees Fahrenheit) is considerable.”

The researchers published their findings March 7 in the early online edition of Geophysical Research Letters. Co-authors with Georgescu are David Lobell of Stanford University; Christopher Field of the Carnegie Institution for Science (both located in Stanford, Calif.); and Alex Mahalov, the Wilhoit Foundation Dean’s Distinguished Professor in the School of Mathematical and Statistical Sciences, an academic unit of ASU's College of LIberal Arts and Sciences.

Countries worldwide are looking to cut their dependence on fossil fuels and bioethanol, and other biofuels are attractive alternatives. In Brazil, the second-largest global producer and consumer of bioethanol, this has led to a boom in sugarcane production.

Based on new laws and trade agreements, Brazil’s production of sugarcane-derived ethanol is expected to increase tenfold over the next decade, with considerable land being converted for growing sugarcane. Much of this expansion is expected to come at a loss of some of the country's native cerrado lands (i.e., tropical savannas of Brazil).

Biofuels are attractive because they reduce the amount of carbon pumped into the atmosphere and mitigate global climate change, but for Brazil the shifting agricultural activity could have direct consequences on its climate by changing the landscape’s physical properties.

The researchers used multi-year regional climate model simulations to calculate the potential for local changes in temperature and precipitation patterns. Based largely on sugarcane having a higher albedo (reflectivity) compared to the existing vegetation, and the fact that the crop will undergo an annual harvest while the savanna does not, the researchers found that the shift to sugar plantations will lead to a strong seasonal temperature fluctuation.

They also found that the sugarcane harvest should lead to a net annual drop in the transfer of water from the land to the atmosphere, referred to as evapotranspiration (ET).

“When harvest occurs, the plant’s ability to transfer water from its extensive root system to the atmosphere is reduced,” said Georgescu. “As the crop matures during the growing season, ET is once again brought back to levels prior to sugarcane conversion. Overall, we find the annually averaged ET reduction is about 0.3 millimeters per day.”

The authors suggest that such conditions could cause a reduction in regional precipitation, though no such decrease was found to be statistically significant in the modeling study.

“We do notice a decrease in evapotranspiration and we are confident in these impacts,” Georgescu explained. “But there is much more uncertainty in regards to precipitation and more work is required in this area.”

The School of Geographical Sciences and Urban Planning is an academic unit in ASU's College of Liberal Arts and Sciences.

Two papers by David Kader, professor in the Sandra Day O'Connor College of Law, recently were presented at a symposium, Post-Atheism: Religion, Society and Culture in Post-Communist Eastern Europe and Eurasia. 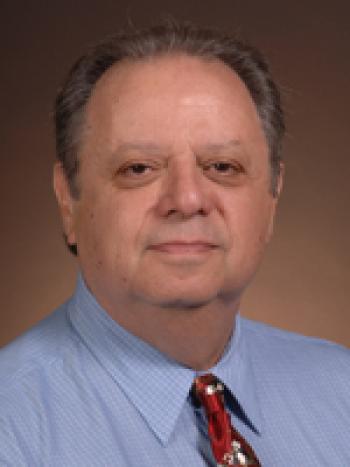 Kader presented “Religion in the New Kosovo Constitution: Understanding the Contrasts with American Constitutional Law,” as part of the panel on Religion and the Constitutional/Law/Regulatory Authority after Atheism.

Kader’s paper was selected for inclusion in a volume of essays, currently titled, “Post Atheism: Religion and Society in Post-Socialist Eastern Europe and Eurasia,” which will highlight the finest presentations from the conference and include additional complementary contributions. Kader’s paper will appear in the section titled “Religion and the Law.” The publisher will be announced this summer.

At the symposium, Stephen Batalden, director of the Melikian Center, presented a paper he co-authored with Kader, titled “Religion and Public Education in Kosovo and Bosnia and Herzogovnia,” as part of the panel, Religion and Theological Education in Post-Atheist Eastern Europe and Eurasia.

Kader, an affiliate faculty member at the Melikian Center, teaches in the areas of criminal procedure, torts, state constitutional law and religion and the Constitution. He has been discussing law and religion issues in the Balkans for many years, both at ASU and on several trips to the Balkans, mostly to Bosnia and Kosovo. Kader will return to Kosovo this month to attend the Kosovo Youth Assembly, the first statewide assembly of Serbian and Albanian youths in a policymaking body.

The Melikian Center is a comprehensive research and training center with both instructional and research missions. He is also an affiliate with ASU’s Center for the Study of Religion and Conflict and Center for Jewish Studies, as well as the Arizona Center for Medieval & Renaissance Studies, all research units in ASU's College of Liberal Arts and Sciences.