Tests have shown that the human brain uses the same neuron system to see an action and to understand an action described in language. Researchers at Arizona State University have been testing the boundaries of this hypothesis, which focuses on the operation of the mirror neuron system (MNS). The ASU group has found that the MNS can be modified by language use, and that the modification can slightly change visual perception. 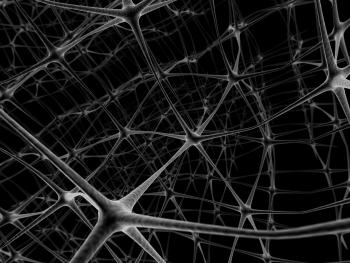 “We tested the idea that the mirror neuron system, which is part of the motor system, is used in the simulation process,” said Arthur Glenberg, an ASU professor of psychology. “The MNS is active both when a person takes an action (e.g., giving a pencil), and when that action is observed (witnessing the pencil being given). Supposedly, the MNS allows us to infer the intentions of other people so that when Jane sees Cameron act, her MNS resonates, and then Jane understands why she would give Annagrace the pencil and infers that that is the reason why Cameron gives Annagrace the pencil.”

Glenberg, Noah Zarr, formerly an ASU psychology major and now a graduate student at Indiana University, and Ryan Ferguson, a graduate student in ASU’s Cognitive Science training area in the Department of Psychology, recently published their findings in the paper “Language comprehension warps the mirror neuron system,” in Frontiers in Human Neuroscience. This research began with Zarr’s honors thesis.

“The question becomes, when Jane reads, ‘Cameron gives Annagrace the pencil,’ is she using her MNS just like when she sees Cameron give the pencil?” Glenberg asks. “To test this idea, we used the fact that the MNS is used in both action and perception of action, and the idea that repeated use of a neural system leads to adaptation of that system.

“So, in the tests, participants read a bunch of transfer sentences,” Glenberg explained. “We then show them a bunch of videos of transfer. We have shown that after reading the sentences, people are impaired (a little bit) in perceiving the transfer in the videos, which means the reading modifies the same MNS used in action understanding."

While the work explores the boundaries of a theory on comprehension, there are applications in which it could be employed, Glenberg said.

“If language comprehension is a simulation process that uses neural systems of action, then perhaps we can better teach kids how to understand what they read by getting them to literally simulate the actions,” he explained.

Glenberg added that part of his on going research into the MNS, the system that allows us to decipher what we see and understand the intent of language, is to test the idea of simulation and how it can help Latino English language learners read better in English.

The Department of Psychology is an academic unit in ASU's College of Liberal Arts and Sciences.

“Before the Shooting Starts: Predicting and Preventing Rampage Killings,” a conference recently held by the ASU College of Law, was featured in an article by Becky Brisly for the Downtown Devil.

“Before the Shooting Starts: Predicting and Preventing Rampage Killings,” a conference recently held by the Sandra Day O'Connor College of Law at Arizona State University, was featured in an article by Becky Brisly for the Downtown Devil.

The article, “Rampage-killing conference focuses on finding causes and solutions based on data,” included quotes from U.S. Supreme Court Justice Sandra Day O’Connor ret., who was present at the conference, and professor Gary Marchant, who spoke at the beginning and conclusion. 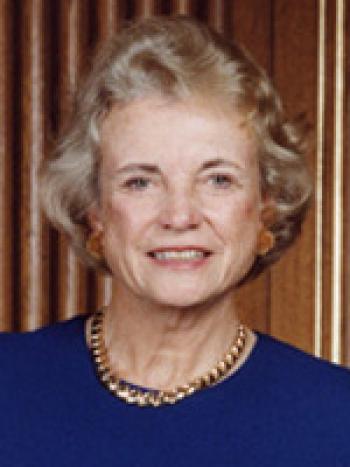 The conference was held at the Sandra Day O’Connor United States Courthouse, and featured experts in medical, science and law fields from across the country, who gathered to discuss and analyze the correlation between certain mental-illness factors and violence.