William Schaffer already is something of an expert in the field of bioarchaeology. The ASU doctoral student was a pivotal player in the discovery and analysis of three sets of ancient remains on the Bahamanian island of Eleuthera, and is building an impressive portfolio of his published work.

Most recently, his findings have appeared in print in the International Journal of Osteoarchaeology. His co-authors are Robert Carr, Jane Day and Michael Pateman. 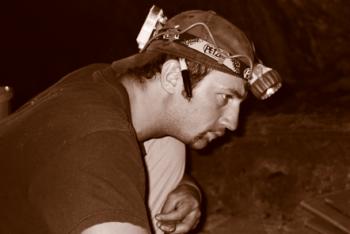 Schaffer was part of a team of researchers, employed by Florida’s Archaeological and Historical Conservancy, Inc., that unearthed the Lucayan remains in 2007: two human males and one human female, dating to AD 800-1300. The tedious process of excavating, mapping, exhuming and analyzing the site was Schaffer’s responsibility, along with graduate student Aaron Henry of Old Dominion University and Pateman of the University of Cincinnati School of Planning and the National Museum of the Bahamas.

Lucayans were indigenous inhabitants of the island of Eleuthera and the first people that Columbus and his crew encountered in the New World. Long extinct, the Lucayans were taken from their islands and used for slave labor by the Spanish in the 15th and 16th centuries.

The remains were found in Preacher’s Cave, a fertile ground for archaeological discoveries. In the 1990s, European bones were found in the front of the cave, which was believed to be a place of refuge for shipwrecked Puritans leaving Bermuda in search of religious freedom. The name, Preacher’s Cave, comes from the sermons that took place there.

“This find contributes to the already rich history of Preacher’s Cave and reiterates its importance both for site preservation and tourism,” Schaffer said.

Schaffer himself unearthed one of the Lucayan burials and then went on to predict and find the other two. His laboratory analysis of this major discovery was completed in Miami, after which the remains were returned to the National Museum of the Bahamas.

The findings suggest a few important clues to Lucayan lifeways. It seems that the Lucayans consumed a cariogenic diet that may have been rich in starchy food and fructose.

“This is the first systematic archaeological recovery of Lucayan grave goods in direct association with human remains,” Schaffer noted.

The goods include basketry, turtle bones, various shells, including a triton shell, and plaited mats. The grave deposits and ways in which the remains were buried reinforce the importance of caves as pathways to the Underworld in Lucayan beliefs.

“Bill Schaffer’s work shows the kind of care and respect for human remains that we emphasize here at the School of Human Evolution and Social Change,” said bioarchaeologist Christopher Stojanowski, the chair of Schaffer’s research committee. “The incorporation of data on cosmology and worldview is also commendable; this is not just a skeletal report but a funerary reconstruction that recovers past beliefs and lifestyles.”

Schaffer, who is in the school’s anthropology program in the College of Liberal Arts and Sciences, plans to continue researching the peopling and re-peopling of the Caribbean region during pre-colonial times, including the paths of the Lucayan and the larger network of related peoples known as the Taíno.

“My foremost question is when and where did the major migration of the Taíno people originate?” said Schaffer. He hopes to test three hypotheses that include migration into the Caribbean from Florida, South America and Central America by using a comprehensive study of language, computational modeling and dental and skeletal data.

Disney, a 4-year-old yellow Labrador retriever, is participating in her first year of competition against other dogs in a timed event where she’ll run a scene searching for explosives. Disney is an Alcohol, Tobacco and Firearms trained dog who can recognize approximately 19,000 different combinations of explosives. Her inventory of scents is constantly updated as new materials are developed. 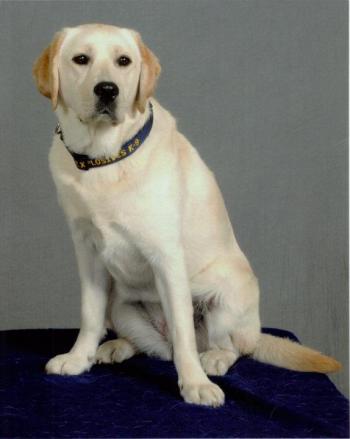 Disney will be judged at the competition on odor recognition and search ability.

“Some dogs come from as far away as California, Nevada and New Mexico to compete,” said Parker Dunwoody, ASU Police Department Detective and Disney’s handler. Although the explosives dog competitions are not open to the public since their searches take place in a controlled environment, demonstrations will take place during intermissions.

Other dogs at the competition will demonstrate their skills through handler protection, tactical building search, agility/obstacle course, area search and narcotics detection.

Dunwoody will don a protective suit and prepare himself for attack during the competition by simulating an aggressor or criminal running away.

“We have to put on protective suits so we’re not injured when the dogs bite us,” Dunwoody said.

Not only is Disney participating in these trials, she’s just been recertified by the ATF to continue her work as an explosives dog.

“We passed with flying colors,” Dunwoody said. “She tested on odor recognition and operational searches. It’s not always the same thing. Real-world scenarios are ever changing.”

Explosives dogs like Disney work high-profile events such as the Super Bowl and Insight Bowl. Lately, she’s been helping the U.S. Marshals Service with dignitary protection and protective sweeps.

Disney also has her own Facebook page where she lists “food and fun” as her main interests. This philosophy also applies to her job.

The Desert Dog Regional Police K9 Trials will be held at Scottsdale Stadium April 14 and 15. For additional details, go to http://www.desertdogk9trials.com.