The amount of activity in the Phoenix-area housing market dropped significantly last month. A new report from the W. P. Carey School of Business at Arizona State University reveals the decrease and explains that it’s largely due to a decline in foreclosures.

“When you look at the drop in the number of transactions from August to September, 43 percent of that decline is due to a decrease in foreclosure activity,” says W. P. Carey School of Business professor emeritus Jay Butler, who wrote the report. “At the same time, though, the overall housing market is not strong enough to make up the decline in activity with traditional sales.” 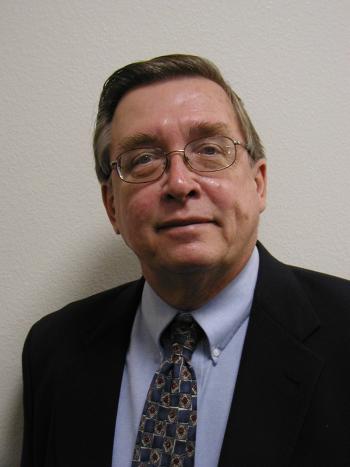 Butler adds that investors have been the dominant buyers of area homes since the start of the housing decline in 2007, not homeowners who want to “move up” to a better home. He says this issue, combined with the ongoing stream of foreclosures, the rough economy, unemployment and uncertainty in policies surrounding the housing market are limiting growth in home prices.

Still, there was some improvement in the median price for single-family homes resold (not new foreclosures) in the Phoenix-area in September. The September median was $125,000, up from $120,000 in August. Prices are still way down from last September, when the median was $135,000.

Butler’s full report, including statistics, charts and a breakdown by different areas of the Valley, can be viewed at http://wpcarey.asu.edu/finance/real-estate/upload/Press-Release-September-2011-resale-homes.doc. More analysis is also available from Knowledge@W. P. Carey, the business school’s online resource and newsletter, at http://knowledge.wpcarey.asu.edu.

Mark your calendar for Oct. 27. That's when you'll have the chance to take a peek at Jupiter and other celestial sights through a telescope.

Planets, stars and galaxies will come into focus as the Astronomy Open House returns to Arizona State University’s West campus from 7 to 9 p.m., Oct. 27. Hosted by New College of Interdisciplinary Arts and Sciences faculty member Paul Schimdtke, the star-gazing event takes place along the bike path immediately north of the Central Plant on the west side of campus.

The event is free and open to the public; visitor parking on campus costs $2 per hour.

“We’ve been hosting this event at the West campus at least once each semester since 1997,” said Schmidtke, an astronomer with professional interests in the area of double-star astronomy. “For many who join us, it is the first chance they have had to explore the sky through the lens of a telescope. Depending on sky conditions, there are a number of intriguing sights in the October sky that we expect to be able to see.”

The emphasis will be on Jupiter – but galaxies, double stars, star clusters and a variety of nebulae will also be visible. ASU telescopes will be available for viewing the sky, and members of the Phoenix Astronomical Society will once again support the evening’s activities.

“This is a wonderful opportunity for community members to come to the West campus and peek through a telescope to see what this desert sky has to offer,” said Schmidtke, who teaches general studies astronomy classes at the West campus. “People are so fascinated with the heavens because observing the sky is one activity that binds everyone together. Some people simply appreciate the beauty, while others want to know the details of how things work.”