'Asylum' promises to be a performance like no other

When Jenny Strickland attempts to describe professor Rachel Bowditch’s work, she thinks of what the famous director and innovator Peter Brook called “The Holy Theatre.”

“All of Rachel's projects have a magical element that makes talking about them fall short of seeing and experiencing them,” says Strickland, a theatre major in Arizona State University’s Herberger Institute for Design and the Arts, who has worked closely with Bowditch on several projects. 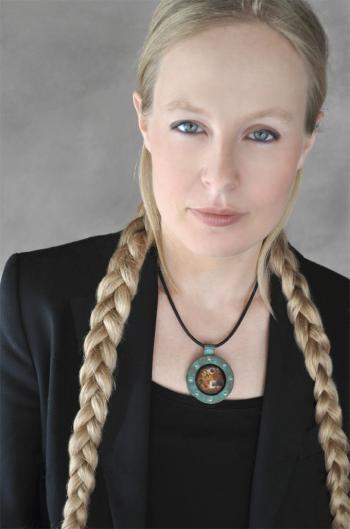 Brook believed in “the notion that the stage is a place where the invisible can appear,” and that it is the stage where “ordinary men ... are transformed by an art of possession.” As the audience, Brook asserts that if we can see that it is not the man making the art, but rather, the art making the man, that it can reach us, through him.

For professor Bowditch, the theatre can also be a place of social transformation, a form of entertainment that can “pierce through the thick fog of our apathetic visual culture.” And it would appear that she has managed to do just that with her latest work, a site-specific performance titled “Asylum.”

Co-created with dance professor Eileen Standley and inspired by Rebecca Shannonhouse’s book, “Out of Her Mind: Women Writing on Madness,” Asylum aptly explores the themes of women, writing and madness. As Strickland puts it, the performance “explores the many different manifestations of women's suffering,” shining a light on the dark history of women and mental illness.

The third and final installment of the three-part performance, “The Muse Trilogy,” which began in 2006, Asylum is loosely based on texts such as Nellie Bly’s revealing series of articles, “10 Days in a Madhouse,” Charlotte Perkins Gilman’s infamous short story, “The Yellow Wallpaper” and “An Autobiography of a Schizophrenic Girl.”

Over the course of one year, Bowditch met once a week with a group of several of her students to discuss and take notes on various diaries, articles, books, images and films that resulted in a 100-page document, which served as their primary source material for the development of the performance. As one of the first major collaborations between the School of Dance and the School of Theatre since the formation of the School of Film, Dance and Theatre, the group of students and performers consisted of five dancers, four actors and an aerialist.

That particular creative experience had an impact on Strickland, who said, “I've been trying to be very mindful about our rehearsal process because this method is something I hope to be able to use as inspiration for my own artistic endeavors.”

But Strickland isn’t the only one learning. Bowditch remarks how, for her, the process has been “an amazing space of research ... it’s a beautiful thing to see (my students) work out challenging directives and find a solution that far exceeds my expectations. They show me everyday what this piece needs to be.”

As with the first two installments of The Muse Trilogy – “The Ophelia Project” and “Memory Room” – Bowditch worked closely with her students to create a one-of-a-kind performance piece that was influenced just as much by the space it inhabits as the writings that inspired it, choosing The Ice House in Downtown Phoenix as the performance space.

First used as an ice manufacturing facility when it was built in the 1920’s, nowadays, the building serves as a place in which various art installations can come to life. A labyrinth of uneven floors, crumbling concrete walls, rusted metal doors and even an abandoned elevator shaft, very little was needed to be done to the space to evoke an actual asylum, said Bowditch. “The piece could not exist without that space. We aren’t building the show and putting it into The Ice House; we are allowing the space to inform our movements and actions. It is a symbiotic relationship.”

Relationships, Bowditch says, are a very important part of the creative process. Each time she begins a new project with her students, she sees it as a chance to get to know them on a deeper level, and to develop a “life-long bond of friendship and mentorship. There is nothing more fulfilling than seeing students you mentored succeed and come into their own as artists and responsible citizens.”

Strickland reciprocates Bowditch’s enthusiasm: “Professors are the best kept secret in the undergrad world at ASU. As students, we are lucky enough to have an amazing group of people instructing us in our classes, and as long as we show that we are dedicated, determined and willing to put in the work, it has been my experience that professors are always more than happy to lend their brains, talents and passion.”

Bowditch looks forward to Asylum’s debut Nov. 21 and promises that it will be a completely different experience for each audience member: “Trust me, you will have never seen anything like it in Phoenix.”

Asylum premieres at 7:30 p.m., Nov. 21 and runs through Nov. 23 at The Icehouse, 429 W. Jackson St. in downtown Phoenix. Tickets are $10 and can be purchased here. Bowditch advises wearing comfortable shoes and purchasing tickets in advance, as there is a limit of 75 issued per night.

This project is supported by a generous Herberger Faculty Research and Creative Activity Grant. For more information, visit www.vesselproject.org.

Eddie F. Brown, executive director of ASU's American Indian Policy Institute, has been appointed by as a member of a new task force to examine the impact of exposure to violence on American Indian and Alaska Native children.

ASU's Eddie F. Brown, executive director of the American Indian Policy Institute and professor of American Indian Studies, has been appointed by U.S. Attorney General Eric Holder as a member of a new task force to examine the impact of exposure to violence on American Indian and Alaska Native children.

Holder announced the first public hearing of the new task force at the White House Tribal Nations Conference, joining President Obama and other officials at the Department of the Interior to share the announcement with leaders from 566 federally recognized tribes. 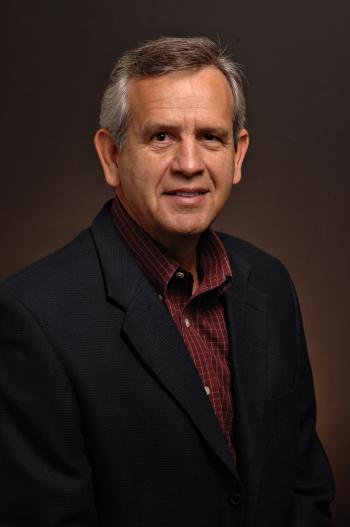 “We must not accept the shameful reality that American Indians and Alaska Natives are disproportionately likely to be exposed to crime and violence – and that many who suffer exposure are children,” Holder said. “By bringing together federal officials, tribal leaders and local partners to focus on the unique challenges that Indian children face, this task force will enhance public safety. And these leaders will strengthen our communities by ensuring that every child can have the opportunity to learn, to grow and to thrive – free from violence and fear.”

Brown is a former director of the Arizona Department of Economic Security, where he worked with states and counties to implement the Indian Child Welfare Act. He also served as Assistant Secretary of Indian Affairs in the United States Department of Interior.

“I am honored and pleased to be a part of this team of tribes, Indian professionals and the U.S. Department of Justice for the examination and recommendations of meaningful, effective practices to alleviate the pervasive impact that exposure to violence has on our children, families and ultimately our Indian communities,” he said.

Much of Brown’s focus throughout his career has been on improving conditions for Native American families and children through programs that focus on employment, elderly populations, self-determination and parenting classes for American Indians who grew up in an age when Native American children were sent away to school.

“Many American Indians were raised in a boarding school environment. They were not in normal families. Today, parents are struggling with how to traditionally and wisely raise their children,” he said.

The task force is made up of both a federal working group that includes U.S. Attorneys and officials from the Departments of the Interior and Justice and an advisory committee of experts appointed to examine the scope and impact of violence facing American Indian and Alaska Native children, and make policy recommendations to Attorney General Holder on ways to address it. Brown is a member of the advisory committee.

The advisory committee will be co-chaired by former U.S. Senator Byron Dorgan and Iroquois composer and singer Joanne Shenandoah. They will be aided by tribal members and national experts on American Indian studies, child health and trauma, and child welfare and law.

Four public hearings across the country will be convened by the advisory committee beginning in Bismarck, N.D., Dec. 9, focusing on violence in children’s homes, schools and communities in Indian country. The other hearings will be held in Phoenix, Fort Lauderdale, Fla. and Anchorage early in 2014.