This is the fourth annual El Día event at ASU. In 2014, local students will enjoy performances by poets, novelists, playwrights, dancers, artists and actors – including emcee Alberto Ríos (ASU Regents’ Professor of English and Arizona’s inaugural poet laureate), Gary Soto (author and keynote speaker), Xavier Garza (children’s author), Myrlin Hepworth (poet) and Aprilynne Pike, Tom Leveen, Bill Konigsberg and Janette Rallison (young adult authors). Following the performances, local professors and teachers will conduct workshops in which students can create and perform their own works. All students in attendance receive a book and an opportunity to meet that book’s author for an autograph. 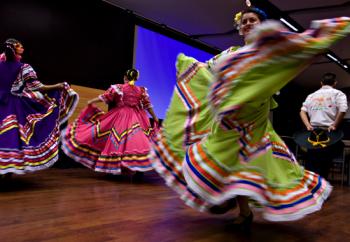 ASU’s El Día is the winner of the 2013 Estela and Raúl Mora Award for the best event of its kind in the nation. ASU doctoral student Tracey Flores directs El Día de los Niños, under the mentorship of associate professor of English James Blasingame. Additional information is available at 480-965-3224 or online at http://english.clas.asu.edu/el-dia.

Made possible through a major grant from the Arizona Humanities Council, El Día is free of charge for participants. Additional support is provided by the Agua Fria Union High School District, the ASU College of Liberal Arts and Sciences, ASU Project Humanities, the ASU Department of English, Phoenix Book Company, Reforma and Dunkin’ Donuts.

Founded in 1973, the Arizona Humanities Council is a 501(c)3 non-profit organization and the Arizona affiliate of the National Endowment for the Humanities. AHC supports public programming in the humanities that promotes understanding of human thoughts, actions, creations and values. AHC works with museums, libraries and other cultural and educational organizations to bring humanities programs to residents throughout Arizona.

The Department of English is an academic unit of the College of Liberal Arts and Sciences at ASU.

Shaving down college student loan debt while still in school could soon be an option for ASU and other U.S. university students, thanks to the efforts of a team of ASU innovators.

Shaving down college student loan debt while still in school could soon be an option for ASU and other U.S. university students, thanks to the efforts of a team of ASU innovators. 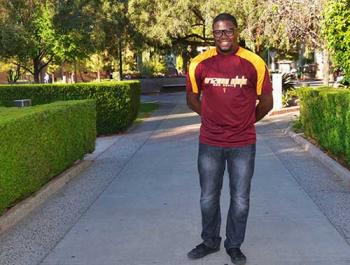 Leaving college with less debt can translate into significant savings for graduates during the loan payback period. Most important, say Watson and Pantilione, graduates who are no longer so strapped by student loans will be able to invest their income in other ways that contribute more to the overall economy or to their future financial security.

"Tying loan reduction into community service could also have a positive impact on students’ overall graduation rates,” says Pantilione. “Studies actually show that students who are engaged in their communities are far more likely to graduate.”

Project 12M was one of three ASU groups (among the 70 ASU student groups that applied) selected to participate as finalists in the 2014 Social Venture Partners Arizona Fast Pitch Competition in March. It also earned the chance to participate in last month’s Clinton Global Initiative University at ASU.

Watson and Pantilione met and discovered their common passion for activism related to education and policy while working in ASU student government. Both plan to carry that interest into their professional and educational futures.

Watson says that social activism within the Millennial Generation is the area of research that he is most interested in as a graduate student in the School of Social Transformation. After completing the master’s in social and cultural pedagogy, he would like to serve in the Peace Corps before pursuing a doctoral degree.

Watson’s two concentration areas as an undergraduate in interdisciplinary studies were in education and family studies, and in human development. After completing a term on the National Education Association Board of Directors, he now serves on the association's Legislative Committee. Watson is also national president of Epsilon Sigma Rho Multicultural Fraternity Inc.; he helped launch ASU’s student chapter in 2010.

Pantilione, whose BIS concentration areas are in Islamic studies and political science, comes from a family of teachers, “so the importance of a good education has always been strongly emphasized,” he says.

Carrying on that tradition, Pantilione has taught English in Baku, Azerbaijan; Cairo, Egypt; and he is a finalist for a Fulbright English teaching assistantship in Tajikistan for next year.

His policy activism has included frontline work on behalf of students in the "Don't Double My Rate" and #dropthatdebt campaigns on the national level. Pantilione is campaign manager for the Arizona senate race of Janie Hydrick (D-LD18), a post he’ll retain through the November elections.

His sights are also set on graduate school and a life committed to activism. “I plan to pursue a master’s degree in either public policy or campaign management,” says Pantilione. “Long term, I want to stay in policy and advocacy in either the LGBT, education or international relations areas.”