William McDonough, member of the board of directors of the Julie Ann Wrigley Global Institute of Sustainability at Arizona State University and world renowned architect, educator and author, has been appointed chair of the World Economic Forum’s Meta-Council on the Circular Economy.

The meta-council represents the forum’s multi-sector initiative to accelerate business-driven innovation to scale the circular economy – an industrial economy that is restorative in principle by using renewable energy, minimizing the use of toxic chemicals, and eliminating waste through thoughtful design. 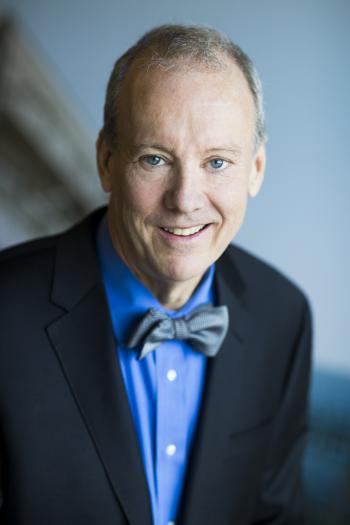 A sustainable growth pioneer, McDonough is known internationally for his revolutionary Cradle to Cradle design framework developed with Michael Braungart, an approach that relies on restorative and sustainable design of products and system. The framework forms the underpinning philosophy of the circular economy and the new council.

“Bill’s expertise clearly lends itself to an appointment of this stature,” said Gary Dirks, director of the ASU Wrigley Institute. “It is always exciting to see members of the board of directors for Sustainability at ASU contributing to sustainability innovation at the global level.”

“Bill is a world-class innovator in his many roles as designer of the built environment, creator of new business models and communicator of what ‘sustainability’ must become in the 21st century,” said Rob Melnick, executive dean and chief operating officer of the ASU Wrigley Institute. “I can think of no one more able to accelerate and scale the circular economy from the World Economic Forum platform than Bill McDonough.”

As chair, McDonough will oversee the forum’s effort to establish proof of real-world application of the economic, social and environmental benefits of a circular economy through targeted programs that aim to elevate the discussion and actions to a global audience. Under the guidance of McDonough’s vision and strategic insights, the Meta-Council on the Circular Economy will convene top-tier international companies, stakeholders, policymakers and other business influencers to identify systemic changes needed to facilitate the shift to a sustainable global economy.

“We are delighted that Bill has agreed to chair this council,” says Dominic Waughray, head of environmental initiatives at the World Economic Forum. “He brings not only invaluable experience and knowledge in the circular economy space, but also the creative intelligence of a designer – a role which is as central to designing objects and buildings as it is to designing collaborations and encouraging systems thinking.”

McDonough calls the appointment a deep and abiding privilege. “I am honored to take on this very important role –as a designer,” he said. “Design is the first signal of human intention. A beautiful way to wage peace is by design, through commerce. The forum, which engages major influencers in the global economy, is a wonderful platform for this dialogue.”

Former special adviser on sustainable development to President Bill Clinton and author of several seminal books that focus on sustainable design of building, products, texts and enterprises, McDonough served as dean of the School of Architecture at the University of Virginia from 1994-1999 and is currently a consulting professor of civil and environmental engineering at Stanford University, where his archives will be housed.

When a person experiences a devastating loss or tragic event, why does every detail seem burned into memory whereas a host of positive experiences simply fade away?

It’s a bit more complicated than scientists originally thought, according to a study recently published in the journal Neuroscience by ASU researcher Sabrina Segal. 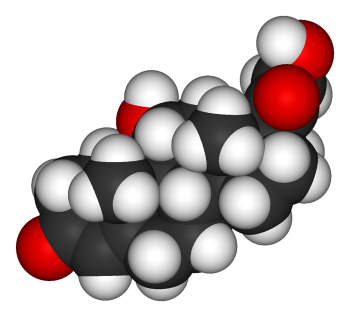 In the brain, norepinephrine in turn functions as a powerful neurotransmitter or chemical messenger that can enhance memory.

Research on cortisol has demonstrated that this hormone can also have a powerful effect on strengthening memories. However, studies in humans up until now have been inconclusive – with cortisol sometimes enhancing memory, while at other times having no effect.

A key factor in whether cortisol has an effect on strengthening certain memories may rely on activation of norepinephrine during learning, a finding previously reported in studies with rats.

In her study, Segal, an assistant research professor at the Institute for Interdisciplinary Salivary Bioscience Research at ASU, and her colleagues at the University of California-Irvine showed that human memory enhancement functions in a similar way.

Conducted in the laboratory of Larry Cahill at U.C. Irvine, Segal’s study included 39 women who viewed 144 images from the International Affective Picture Set. This set is a standardized picture set used by researchers to elicit a range of responses, from neutral to strong emotional reactions, upon view.

Segal and her colleagues gave each of the study’s subjects either a dose of hydrocortisone – to simulate stress – or a placebo just prior to viewing the picture set. Each woman then rated her feelings at the time she was viewing the image, in addition to giving saliva samples before and after. One week later, a surprise recall test was administered.

What Segal’s team found was that “negative experiences are more readily remembered when an event is traumatic enough to release cortisol after the event, and only if norepinephrine is released during or shortly after the event.”

Further studies are needed to explore to what extent the relationship between these two stress hormones differ depending on whether you are male or female, particularly because women are twice as likely to develop disorders from stress and trauma that affect memory, such as in Posttraumatic Stress Disorder (PTSD). In the meantime, the team’s findings are a first step toward a better understanding of neurobiological mechanisms that underlie traumatic disorders, such as PTSD.