A heat-sensing camera designed at Arizona State University has provided data to create the most detailed global map yet made of Martian surface properties.

The map uses data from the Thermal Emission Imaging System (THEMIS), a nine-band visual and infrared camera on NASA’s Mars Odyssey orbiter. A version of the map optimized for scientific researchers is available at the U.S. Geological Survey (USGS). 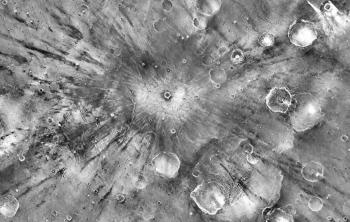 The new Mars map was developed by the Geological Survey's Robin Fergason at the USGS Astrogeology Science Center in Flagstaff, Arizona, in collaboration with researchers at ASU's Mars Space Flight Facility. The work reflects the close ties between space exploration efforts at Arizona universities and the U.S. Geological Survey.

"We used more than 20,000 THEMIS nighttime temperature images to generate the highest resolution surface property map of Mars ever created," says Fergason, who earned her doctorate at ASU in 2006. "Now these data are freely available to researchers and the public alike."

Surface properties tell geologists about the physical nature of a planet or moon's surface. Is a particular area coated with dust, and if so, how thick is it likely to be? Where are the outcrops of bedrock? How loose are the sediments that fill this crater or that valley? A map of surface properties lets scientists begin to answer questions such as these.

"Darker areas in the map are cooler at night, have a lower thermal inertia and likely contain fine particles, such as dust, silt or fine sand," Ferguson says. The brighter regions are warmer, she explains, and have surfaces with higher thermal inertia. These consist perhaps of coarser sand, surface crusts, rock fragments, bedrock or combinations of these materials.

The designer and principal investigator for the THEMIS camera is Philip Christensen, Regents' Professor of Geological Sciences in the School of Earth and Space Exploration, part of the College of Liberal Arts and Sciences on the Tempe campus. (Four years ago, Christensen and ASU researchers used daytime THEMIS images to create a global Mars map depicting the planet's landforms, such as craters, volcanoes, outflow channels, landslides, lava flows and other features.)

"A tremendous amount of effort has gone into this great global product, which will serve engineers, scientists and the public for many years to come," Christensen says. "This map provides data not previously available, and it will enable regional and global studies of surface properties. I'm eager to use it to discover new insights into the recent surface history of Mars."

As Fergason notes, the map has an important practical side. "NASA used THEMIS images to find safe landing sites for the Mars Exploration Rovers in 2004, and for Curiosity, the Mars Science Laboratory rover, in 2012," she says. "THEMIS images are now helping NASA select a landing site for its next Mars rover in 2020."

The theory suggests that cancer forms when recently evolved genes are damaged, and cells have to revert to using older, inappropriate genetic pathways. 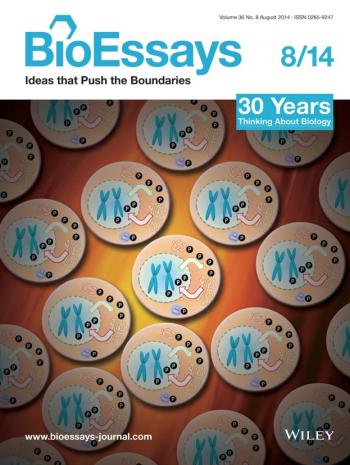 Astrobiologists Charley Lineweaver from The Australian National University and Paul Davies with Arizona State University's Beyond Center teamed up with oncologist Mark Vincent from the University of Western Ontario to develop the new model.

The research is published in the August issue of BioEssays.

“The rapid proliferation of cancer cells is an ancient, default capability that became regulated during the evolution of multicellularity about a billion years ago,” said Lineweaver, who is the study’s lead author. “Our model suggests that cancer progression is the accumulation of damage to the more recently acquired genes. Without the regulation of these recent genes, cell physiology reverts to earlier programs, such as unregulated cell proliferation.”

In 2012, about 14.1 million new cases of cancer occurred globally, yet an underlying cause of the many forms of the disease has not yet been identified. To understand the disease better, the team turned to the wealth of knowledge being revealed in the genome sequences from a large range of our distant relatives, including fish, corals and sponges.

This new knowledge has allowed scientists to establish the order in which genes evolved, and is also the basis of the new therapeutic implications of the model, said Lineweaver.

“The adaptive immune system that humans have has evolved relatively recently, and it seems cancer cells do not have the ability to talk to and be protected by it. The new therapeutic strategies we are proposing target these weaknesses,” he said. “These strategies are very different from current therapies, which attack cancer’s strength – its ability to proliferate rapidly.”

Davies says the new model will not provide an overnight cure. “It is a work in progress, but we think it gives a more consistent interpretation of what is currently known about cancer than other models do,” he said.

Lineweaver says that his research in astrobiology led him to look at cancer.

“Paul and I have always been interested in trying to answer big questions. This led us to astrobiology and trying to answer the question ‘Are we alone?’ To answer that, you need to know about how life got started and evolved on this planet, and that involves understanding the evolution of multicellularity. That is an obviously missing piece from our current models of cancer.”

A video summary of the research can be viewed here.