Editor's Note: Arizona State University basketball will take on the University of Colorado on Jan. 19. The men’s teams will play at 6:30 p.m., in Boulder, Colo. and the women’s teams at 11 a.m., in Tempe. Read more about ASU's collaborations with Pac-12 schools.

Computational modeling that examines evidence of how hominin groups evolved culturally and biologically in response to climate change during the last Ice Age also bears new insights into the extinction of Neanderthals. Details of the complex modeling experiments conducted at Arizona State University and the University of Colorado Denver were published in the December issue of the journal Human Ecology.

“To better understand human ecology, and especially how human culture and biology co-evolved among hunter-gatherers in the Late Pleistocene of Western Eurasia (ca. 128,000-11,500 years ago) we designed theoretical and methodological frameworks that incorporated feedback across three evolutionary systems: biological, cultural and environmental,” said Michael Barton, a pioneer in the area of archaeological applications of computational modeling at ASU.

“One scientifically interesting result of this research, which studied culturally and environmentally driven changes in land-use behaviors, is that it shows how Neanderthals could have disappeared not because they were somehow less fit than all other hominins who existed during the last glaciation, but because they were as behaviorally sophisticated as modern humans,” said Barton, who is lead author of the published findings.

“It’s been long believed that Neanderthals were outcompeted by fitter modern humans and they could not adapt,” said Riel-Salvatore. “We are changing the main narrative. Neanderthals were just as adaptable and in many ways, simply victims of their own success.”

The interdisciplinary team of researchers used archeological data to track behavioral changes in Western Eurasia over a period of 100,000 years and showed that human mobility increased over time, probably in response to environmental change. According to Barton, the last Ice Age saw hunter-gathers, including both Neanderthals and the ancestors of modern humans, range more widely across Eurasia searching for food during a major shift in the Earth’s climate.

The scientists utilized computer modeling to explore the evolutionary consequences of those changes, including how changes in the movements of Neanderthals and modern humans caused them to interact – and interbreed – more often.

According to Riel-Salvatore, the study offered further evidence that Neanderthals were more flexible and resourceful than previously assumed.

Binh Danh, the inventor of the chlorophyll printing process, uses the sun to bake images with wild leaves and grass onto a canvas creating photographs infused with nature. His photographs recently were featured on The New York Times photography blog, lens.blogs.nytimes.com.The photography blog presents the "finest and most interesting visual and multimedia reporting – photographs, videos and s...

Binh Danh, the inventor of the chlorophyll printing process, uses the sun to bake images with wild leaves and grass onto a canvas creating photographs infused with nature. His photographs recently were featured on The New York Times photography blog, lens.blogs.nytimes.com.

The photography blog presents the "finest and most interesting visual and multimedia reporting – photographs, videos and slide shows" of not only The New York Times photographers, but also what is featured in other publications, galleries, books and museums. 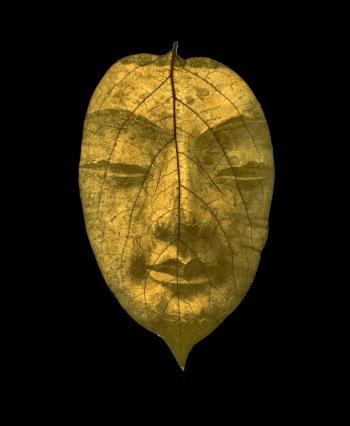 Of Danh's work, Adam McCauley wrote: "Part of the work's novelty is that it forces the viewer to reconsider the very concept of a photograph. As a result his pieces hint at the impermanence of ideas like identity, belonging, family and history.'' Danh is the child of Vietnam War refugees who came to California in the 1980s.

Danh's work is included in the prestigious 18th Biennale of Sydney.

He will join the photography faculty of the ASU School of Art in the Herberger Institute this August.