Brandon Nagy, a third-year student at the College of Law, is the winner of the 2012 Albert S. Pergam International Law Writing Competition.

His article, “Unreliable Excuses: How do Differing Persuasive Interpretations of CISG Article 79 Affect its Goal of Harmony?” explores an international commercial sales law and how it can be interpreted by different nations.

Nagy’s interests include practicing international trade law, commercial litigation/arbitration and appellate advocacy. He spent the Fall 2012 semester working for the U.S. Department of Justice Office of the Solicitor General in Washington, D.C.

Nagy thanked Professor Charles Calleros, who encouraged him to enter the competition, and has helped him with his writing.

The first-place prize includes $2,000 and publication in the Summer 2013 issue of the New York State International Law Review. The Review features peer-written articles on the practice of international law on such topics as the North American Free Trade Agreement, terrorist financing restrictions, the collection of money judgments outside the U.S., foreign direct investments and trade agreements.

During a program at the Sandra Day O'Connor College of Law, Bill Macumber told his story of being convicted of two murders he denied committing, spending nearly four decades in prison, and then being freed with the help of the Arizona Justice Project.

The case of Bill Macumber, convicted of a double murder he says he didn’t commit, imprisoned for more than 37 years, and released in November 2012 with the help of the Arizona Justice Project and students from the Sandra Day O’Connor College of Law, is a “glorious story to tell,” said Rich Robertson, a private detective who worked on the case.

“This is proof positive that students can help right an injustice,” said Robertson, who moderated a panel about the case, March 4, at the College of Law. 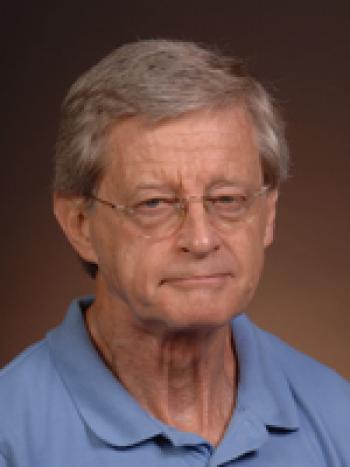 The panel included Macumber, Pulitzer-winning author Barry Siegal, who wrote about the case in his book, Manifest Injustice: The True Story of a Convicted Murderer and the Lawyers Who Fought for his Freedom, and several attorneys who worked on the case. They included Larry Hammond, chairman of the Arizona Justice Project, attorney Jordan Green and Professor Robert Bartels of the College of Law.

Former students Karen Killion and Jennifer Roach, who worked on the case while in law school, also attended.

“This really solidified what justice is all about,” said Killion, who worked on Macumber’s case more than 10 years ago, and rejoiced to see his release. “That hearing was one of the greatest moments of my life,” she said.

Siegal worked with the AJP and students like Killion and Roach for years researching for his book.

“It was a fascinating case to review as an author,” Siegal said. “I wasn’t just reconstructing the past -- I needed to immerse myself in an ongoing case.”

In 1975, Macumber was sentenced to two life sentences for killing two people and dumping their bodies in the desert in 1962. For nearly 40 years, he maintained his innocence, saying his ex-wife framed him for the murders.

Siegal’s book outlines three parts of Macumber’s life – early life, the arrest and conviction, and life in prison -- all of which he recorded in his journals, and  later handed over to the author.

Siegal called the journals a gold mine, because they gave him Macumber’s thoughts and feelings at the time of the incidents, which was crucial. Macumber kept the journals because he wanted his three sons to read them one day, so they could know the truth.

The AJP reopened Macumber’s case in 2003, and for almost 10 years, 10 lawyers and several law students worked to repeal the conviction.

Bartels, a professor of trial advocacy, said he was reluctant to take the case in the beginning, due to the amount of time that had passed since the murders. He changed his mind when he reviewed the facts of the case.

That luck, he said, came in the form of a judge who took the case very seriously and was willing to review the history.

When asked if he could have envisioned being a free man, Macumber replied, “Not hardly.”