Researchers in the College of Public Programs’ Center for Policy Informatics (CPI) have been awarded two $10,000 seed grants by Arizona State University’s Office of the Vice President for Entrepreneurship and Innovation under the Citizen Science and Engagement grant program.

Justin Longo and Dara Wald will be working on "Crowdsourcing the Next Great Citizen Science Idea," and Wald will also collaborate with Monica Elser on "Citizen Science to Forecast the Future of a Desert City." 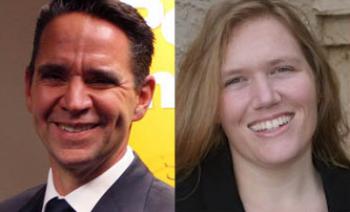 Both projects bring together two key components of ASU’s Citizen Science and Citizen Engagement program: public participation in research and a mentor network.

"Collaborating on the research experience provides valuable knowledge and skills to students, our faculty and the community," says Mitzi Montoya, vice president and university dean for entrepreneurship and innovation. "Our Citizen Science and Citizen Engagement programs give high school students an opportunity to access and participate in research at the university level, and it gives our researchers the opportunity to generate new ideas and perspectives from new partners."

In "Crowdsourcing the Next Great Citizen Science Idea," Longo and Wald, both postdoctoral fellows, will be using a challenge platform to crowdsource ideas for citizen science projects – asking students across Arizona and throughout the country to submit ideas. The guiding principle of this effort – crowdsourcing the next great citizen science project – is that truly novel innovations are more likely to result from distributed approaches because diverse participants bring unique perspectives to the problem.

“This project is a great opportunity for student teams – whether in high schools or at the university level – to imagine new ways to think about citizen science. Through the challenge platform, the team with the most innovative proposal will work with researchers at ASU to bring their idea to life,” says Longo.

The Citizen Science challenge launch will coincide with the start of the 2014-2015 academic year later this summer.

The second grant was awarded to Wald, along with Monica Elser, education manager of ASU’s Global Institute of Sustainability, to develop the project "Citizen Science to Forecast the Future of a Desert City." This project will build on current research efforts at CPI and ASU’s Decision Center for a Desert City (DCDC), an interdisciplinary research center funded by the National Science Foundation (NSF).

"Citizen Science to Forecast the Future of a Desert City" aims to develop a web-based water-reporting site, MyFuturePhoenix, to engage citizens in water management efforts. Initially, high school students will track, classify and analyze personal water use data. Once connected to WaterSim, a water policy and management simulation model developed by DCDC, participants will be able to visualize the collective effect of water use decisions made today on the Phoenix area of the future for the year 2050.

She adds, “Despite significant advances in knowledge, the availability, quantity, validity and reliability of water use data, especially for mid-sized cities and at the household level across Arizona, is constrained by government resources and policy choices. This citizen science initiative has the potential to contribute data that is currently not available for university researchers, and to collect much more data than one agency or researcher could collect alone.”

“These projects are representative of our belief that students can prepare for lives of service by engaging in problem-solving,” says Jonathan Koppell, dean of the College of Public Programs. “By engaging young students in the process of finding solutions, we show them that at any age, they can be involved in the innovations that make our communities stronger.”

Ongoing projects at Decision Center for a Desert City include social, behavioral and economic studies to inform water sustainability and urban climate change adaptation. The Center for Policy Informatics is working to create mechanisms that bring expertise into governance discussions in an effort to support social decision-making and public participation.

Kyle Renick, a graduate of Walter Cronkite School of Journalism and Mass Communication, has been awarded a Fulbright Scholarship to teach English in Taiwan.

His love of the language and its ability to bring together people came early when an eight-year-old Renick cut his teeth over games of Scrabble with his grandmother, who taught him the importance and power of words. She believed in tough love, almost always winning their games by three hundred points. 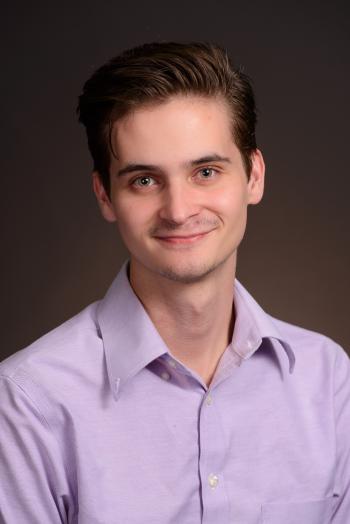 “I can’t let you win,” she told him. “Because some day, when you beat me on your own, it’s going to mean something.”

Now Renick, recipient of a prestigious Fulbright Scholarship award to Taiwan and a journalism graduate from Arizona State University’s Walter Cronkite School of Journalism and Mass Communication, wins the games and credits his grandmother for his perseverance and hard-earned victories at Scrabble and outside of it. He has continued to push himself to do his best at any given opportunity, teaching English in the sixth grade and helping teach at an elementary school during senior year of high school.

“In sixth grade, I was assigned to teach a young boy named Dominic,” Renick recalled. “On our last day of tutoring, he gave me a hug goodbye and I knew then that teaching was my calling.”

Keen on taking his knowledge of the English language a step further and challenging himself, Renick enrolled in an associate degree program at Mesa Community College while still in high school. The program allowed him to take advanced English classes alongside a diverse group of students, and helped him tell stories – his and imagined – through impassioned, creative essays.

“I attended a small high school that did not have an extensive roster of extracurricular activities, so I was thrilled at having a writing outlet at college level,” said Renick.

After graduating with an associate degree a week before his high school graduation, the Fountain Hills, Arizona, resident earned a full scholarship to ASU to pursue a journalism degree, where he flourished as a writer and speaker. Unique experiences and hobbies such as writing about politics and pursuing horology – the study of time and clocks – abounded. He also worked as a columnist for ASU’s student newspaper, The State Press, and interned as a reporter at Arcadia News and InMaricopa.

But the more he wrote, the more Renick found himself thinking about returning to his first love, teaching the English language. The then-journalism student learned about the Teaching English to Speakers of Other Languages (TESOL) certificate, which he earned quickly. The inspiration to apply for a Fulbright Scholarship to teach English in Taiwan came from a dear friend.

“My friend Lorraine always told me stories about her Taiwanese heritage and life in the Asian country, describing the culture as dynamically different from the United States,” he said. “She also spoke of the progressivism in Taiwan, distinct among Asian countries as being the first to attempt to legalize same-sex marriage. This social change fascinated me. The world is fast-moving, and Taiwan is part of the movement.”

According to Renick, even though he didn’t train as a teacher, his experience at the Cronkite School has taught him to communicate well and adapt quickly to evolving situations – qualities that will come in handy during his time in Taiwan. In addition, he has been interning as a teacher of English to refugees in Phoenix via the International Rescue Committee, and researching potential volunteer opportunities in Taiwan in organizations involved in youth development.

“Teaching English in Taiwan is an opportunity to see a different world, meet different people and give my culture and knowledge to others,” he said. “In the past, I have volunteered to help teach children, and I would continue such volunteering in Taiwan.”