On Nov. 6, a letter signed by 240 of the world’s leading conservationists, including six from Arizona State University, was published in the journal Nature. The letter expresses discontent with a divisive debate occurring in the conservation field, and encourages an ethic of inclusiveness.

In recent years, conservation has become increasingly divided between two approaches. One approach posits that nature should be protected for its own sake, or its “intrinsic value,” while the other emphasizes nature’s benefit to humankind, or its “instrumental value.” 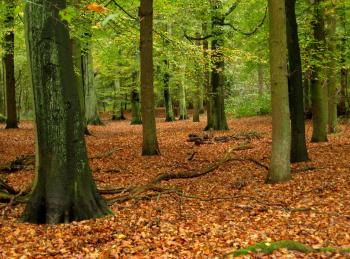 The letter, titled “A call for inclusive conservation,” describes the debate as an impediment to the field’s progress. It also critiques the composition of debate participants, noting a lack of both gender and ethnic diversity.

“This debate presses at the core of why we do conservation – it’s such a significant issue, yet there are almost no female voices speaking out,” says Heather Tallis, lead scientist of the Nature Conservancy and an author of the Nature letter. “Even though women hold more than half of leadership positions in U.S. conservation organizations and top positions in many key international conservation initiatives, we’re not hearing them.”

To remedy this, the letter proposes an ethic of inclusiveness – one that recognizes the merits of each approach and encourages broader participation from the conservationist population.

“In a complex and changing world, promoting the intrinsic value of biodiversity cannot be the only way forward,” says Gerber, founding director of the Center for Biodiversity Outcomes. “It would be similarly naive to suggest that relying only on the economic benefits of nature will lead to a reversal of biodiversity loss. A blend of both approaches is needed.”

According to the letter, many conservationists – both male and female – are eager to bridge the “instrumental” versus “intrinsic” divide. It adds that such inclusiveness has already been embraced by key conservation actors like the Convention on Biological Diversity.

Nature publishes the open letter as the Center for Biodiversity Outcomes, a partnership between the Julie Ann Wrigley Global Institute of Sustainability and School of Life Sciences in the College of Liberal Arts and Sciences, prepares to celebrate its launch on Nov. 13-14.

The launch will be marked with a series of events, including two engagements with distinguished ecologist Georgina Mace of University College London. Her recent article, Whose conservation? Changes in the perception and goals of nature conservation require a solid scientific basis, appeared in the journal Science and offers further insight into the debate over approaches to conservation.

For more information on the Georgina Mace engagements and other launch-related events, please click here.

In honor of Veteran's Day, Arizona State University takes a look at some its remarkable veterans.

In honor of Veteran's Day, Arizona State University is holding a Salute to Service celebration that runs through Nov. 14.

ASU is one of the country’s premier institutions for veterans. The university has been named a military-friendly school for six consecutive years and is one of the nation’s best colleges for veterans, according to a 2014 ranking.

Here, ASU takes a look at some of its remarkable veterans.

After a traumatic brain injury in Afghanistan, veteran Evan Benson wasn't sure he could remember well enough to succeed in college.

Early dreams of college put veteran back on track

Beau Bock credits his experiences in the U.S. Army and at ASU with putting his life on an upward trajectory.

Hillary Ceja is a mother of two young sons, a full-time nutrition student and vice president of the Student Veterans Association at Arizona State University.

Inspired by his advice from his commanding officer, Marine Corps veteran Jonathan Cudo decided to go back to school and is now enrolled at ASU's Polytechnic School, with an interest in aeronautical engineering.

Ever since his first visit to an air show and seeing the cockpit of an F-14 Tomcat, Michael Fagan wanted to become a Naval Aviator.

After eight years in the U.S. Army, Sergeant First Class Andrew J. Goettl decided to come home to Arizona and pursue a career with the Army National Guard while furthering his education by attending classes at Arizona State University.

After service, undergrad reaches out through music

Air Force veteran Patrick Harris, who chose ASU for its music education program and the Pat Tillman Veterans Center, hopes to share his enthusiasm for music with others.

Growing up in a family of military men, R. J. Mitchell had one goal in mind: to be a warrior in service to his country. Two weeks before his 21st birthday, he proudly became a U.S. Marine.

Alum returns to ASU to advocate for veterans

After serving in the U.S. Marine Corps for nine years, Joanna Sweatt set her sights on a degree from Arizona State University.

ASU administrator reflects on time in US Air Force