In a time of global climate change and rapidly disappearing habitat critical to the survival of countless endangered species, there is a heightened sense of urgency to confirm the return of animals thought to be extinct, or to confirm the presence of newly discovered species. Field biologists traditionally collect specimens to distinguish the animals – or to confirm that they do indeed exist in the wild.

Researchers at Arizona State University and Plymouth University in the United Kingdom want to change the way biologists think about the “gold standard” of collecting a “voucher” specimen for species identification. They suggest that current specimen collection practices may actually pose a risk to vulnerable animal populations already on the brink of extinction. 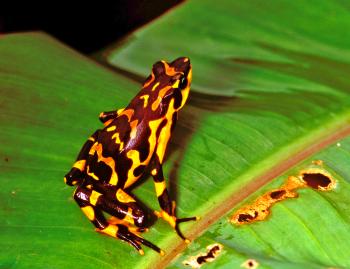 “We are drawing attention to this issue as an important question bearing on the ethical responsibilities of field biologists," said Ben Minteer, an environmental ethicist and conservation scholar in ASU’s School of Life Sciences. "It concerns not only an increased extinction threat to re-discovered species, but also the collection of specimens from small populations more generally.

“Because these populations are very small and often isolated, they are incredibly sensitive to over-collecting,” added Minteer, also the Arizona Zoological Society Chair at ASU. “Combine the understandable impulse to confirm something really important – such as that a species is not, in fact, extinct – with the sensitivity of a population to collection and you’ve got a potentially significant conservation issue.”

The researchers raise their concerns in the April 18 issue of the journal Science.

In the article, Minteer and his colleagues cite examples of the decline or loss of a range of animal species due to the impact of field collections by both professional scientists and amateur naturalists. There are cases of now-extinct birds, as well as the loss and rediscovery of amphibians in Costa Rica.

The researchers suggest using a combination of modern, non-lethal techniques to confirm a species’ existence, including high-resolution photography and audio recordings of sounds or mating calls. Also, using DNA sampling by taking swabs of the mouth or skin offer molecular techniques that could identify an animal without taking a specimen from the field.

The authors say using modern technologies can be just as effective in identifying an organism and will also avoid increasing the extinction risk for small populations.

“The thrill of rediscovering a species must be one of the most exciting events in a biologist’s life, however it is easy to forget it comes with significant responsibilities," said Robert Puschendorf, a conservation biologist with the School of Biological Sciences at Plymouth University. "What impact are we causing to the species even in this first encounter? The technology is there to gather crucial evidence to substantiate our finding without harming the animals. There is no need to collect by default.”

Puschendorf focuses his work on the impacts of disease and climate change on wildlife.

The discussion about replacing non-lethal identification techniques with less-invasive ones is part of a more complex issue. Weighing the benefits of improved scientific understanding of threatened species for conservation against the research impacts on endangered animals is complicated.

“Studying small populations is a special challenge, especially in cases such as amphibians, where species are declining globally, at times to extinction,” said James P. Collins, an evolutionary ecologist and Virginia M. Ullman Professor of Natural History and the Environment in ASU’s School of Life Sciences.

“Our goal is to highlight this challenge while offering options for documenting exciting, interesting and important discoveries," Collins added. "We are emphasizing the need for investigators to reflect on the wider ethical and social implications of their work before or as they conduct the research, and not just after the fact.”

The researchers are calling for this change in hopes of minimizing the impact scientists have on endangered animals, and they are asking biologists around the world to follow suit.

“The time to change is now,” said Minteer. “While we use amphibians as an example in this article, the negative effects of collecting samples from endangered animal populations is a concern that applies across taxa and around the world. The argument that ‘this is how we've always done it’ is not good enough. Especially in the case of rediscovered species, avoiding ‘re-extinction’ should be the primary ethical constraint of any scientific effort to verify a species’ welcome return from the dead."

ASU School of Life Sciences is an academic unit of ASU College of Liberal Arts and Sciences.

Virgil Renzulli, who has led Arizona State University’s communications and outreach for more than a decade, is joining the Walter Cronkite School of Journalism and Mass Communication as a professor of strategic communications.

Virgil Renzulli, who has led Arizona State University’s communications and outreach for more than a decade, is joining the Walter Cronkite School of Journalism and Mass Communication as a professor of strategic communications.

Renzulli, who currently serves as vice president of public affairs, will leave the position to start as a Cronkite professor of practice, as well as a senior communications adviser to ASU President Michael M. Crow on July 1. Crow said Renzulli significantly impacted ASU and its transformation into one of the nation’s top research universities. 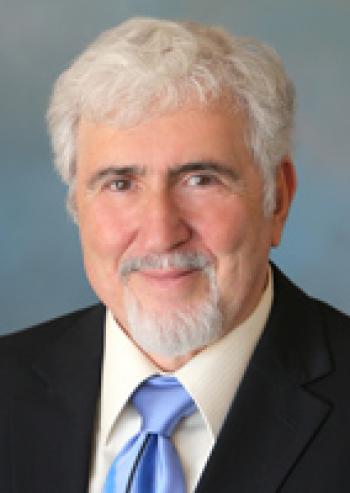 “Virgil has played an important role in our mission to create ‘A New American University,’” Crow said. “Now, he will leave an indelible mark at Cronkite, helping prepare the next generation of communication professionals.”

Renzulli has more than three decades of experience in university communications, serving in leadership roles at the University of Pennsylvania, New York University and Columbia University. He also worked as a journalist, writing for Philadelphia-area newspapers.

“We are thrilled to have Virgil at the Cronkite School,” Callahan said. “He brings extraordinary expertise and experience in strategic communications. Our students will have the opportunity to learn from one of the best in the business.”

Renzulli, who started his career as a high school teacher, said his new role at ASU will allow him to keep a hands-on connection to university communications while mentoring and advising Cronkite students.

“This is the best of both worlds for me,” Renzulli said. “I’ll have the opportunity to teach at Cronkite, which Dean Callahan has built into the premier school of journalism and communications in the United States, while continuing to work with President Crow to help promote ASU, the most innovative and exciting university in the country.”

Renzulli holds a bachelor’s degree from the University of Pennsylvania, and also did graduate work in marketing at the Wharton School, film at Temple University and creative writing at New York University. He is the author of three novels: "Caliburn," "Beyond the Edge of the Universe" and "Kaleidoscope."