A consortium of 14 academic institutions and key partners across the United States is addressing the challenges that threaten urban water systems in the U.S. and around the world. With support from a $12 million cooperative agreement from the National Science Foundation, Arizona State University is part of the Sustainable Research Network called the Urban Water Innovation Network (UWIN).

The mission of UWIN, which is led by Colorado State University, is to create technological, institutional and management solutions to help communities increase the resilience of their water systems and enhance preparedness for responding to water crises. 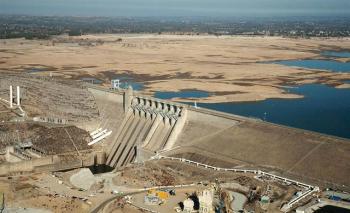 Recent droughts have had crippling effects on Folsom Lake and other water supply systems in California (January 16, 2014). Download Full Image

Researchers at ASU will address a spectrum of issues related to hydroclimate, engineering and socioeconomic aspects that are required to comprehensively examine urban sustainability solutions.

“Elements of our part of the project include advancing state-of-the-art urban meteorology and climate models to enhance our physical understanding of the urban environment, with a particular emphasis on urban modifications of the water cycle and how they interconnect with impacts on human health, energy demand and socioeconomic groups and vulnerable populations,” said Matei Georgescu, assistant professor in the School of Geographical Sciences and Urban Planning and the principle investigator for the ASU part of the project. “The work builds on ASU’s interdisciplinary research, combining unique strengths from a wide array of disciplines, focused on development of actionable solutions that promote smart and sustainable urbanization,”

Georgescu is joined by co-principal investigators Zhihua Wang, School of Sustainable Engineering and the Built Environment, and Elizabeth Mack of the School of Geographical Sciences and Urban Planning. Other ASU researchers involved are: Nancy Grimm, School of Life Sciences; David Hondula, Center for Policy Informatics and the School of Geographical Sciences and Urban Planning; Sharon Harlan, School of Human Evolution and Social Change; Mohamed Moustaoui and Alex Mahalov of the School of Mathematics and Statistical Sciences; and Jennifer Vanos, at Texas Tech. Several ASU faculty have affiliations with the Julie A. Wrigley Global Institute of Sustainability.

According to the 2014 Global Risks Perception Survey by the World Economic Forum, water crises are the top global risk to the viability of communities throughout the world. From crippling droughts and water shortages in the West to devastating floods in the East and South, water systems in the U.S. have been impacted by changes in climate, demographics and other pressures. Our absolute reliance on water is why Americans express greater concern about threats to water than about any other environmental issue and why more than half of all Americans worry a great deal about it, according to latest Gallup poll of environmental concerns.

Extreme events and global climate change can have profound impacts on water security, shattering the most vulnerable communities and instilling enormous costs on governments and economies. Effective response to these challenges requires transitioning to both technological and management solutions that protect water systems from pressures and enhance their resilience.

UWIN will create an enduring research network for integrated water systems and cultivate champions of innovation for water-sensitive urban design and resilient cities. The integrated research, outreach, education and participatory approach of UWIN will produce a toolbox of sustainable solutions by simultaneously minimizing pressures, enhancing resilience to extreme events and maximizing co-benefits. These benefits will reverberate across other systems, such as urban ecosystems, economies and arrangements for environmental justice and social equity.

The network will establish six highly connected regional urban water sustainability hubs in densely populated regions across the nation to serve as innovation centers, helping communities transition to sustainable management of water resources. Strategic partnerships and engagement with other prominent U.S. and international networks will extend UWIN’s reach to more than 100 cities around the world. Key UWIN partners and collaborators include the Water Environment Research Foundation, the Urban Sustainability Directors Network and the Network for Water in European Regions and Cities.

This innovative and adaptive research approach will ultimately produce an Urban Water Sustainability Blueprint, outlining effects and tradeoffs associated with sustainable solutions for cities of all sizes. It will also provide steps and guidance for action based on the collective knowledge gained by the research and the collaborative approach of the Sustainable Research Network. The blueprint will be rigorously vetted by regional stakeholders across the U.S. and the global urban water community.

In addition to ASU and Colorado State, the UWIN consortium includes:

Kevin Dale, a senior editor at The Denver Post, has been named executive editor of Cronkite News at Arizona PBS, a multiplatform daily news operation and innovation hub operated by the ASU's Cronkite School.

Kevin Dale, a senior editor who helped lead The Denver Post to a Pulitzer Prize and drive the newspaper’s digital transformation, has been named executive editor of Cronkite News at Arizona PBS, a multiplatform daily news operation and innovation hub operated by the Walter Cronkite School of Journalism and Mass Communication at Arizona State University.

Dale will be responsible for all news-gathering operations, overseeing 15 full-time editor/professors and more than 120 students who produce daily news content on TV and digital platforms for Arizona audiences. Cronkite News is the news division of Arizona PBS, the state’s main PBS station. Reaching 1.9 million households, it is the nation’s largest media outlet operated by a journalism school. 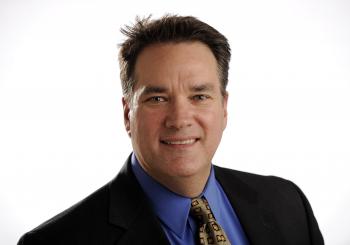 Kevin Dale, a senior editor at The Denver Post, is the new executive editor of Cronkite News. Download Full Image

With news bureaus in Phoenix, Washington and Los Angeles, Cronkite News produces a 30-minute daily newscast on Arizona PBS and a mobile-engaged digital news site at cronkitenews.azpbs.org. It serves as an immersive and innovative learning laboratory for students and a place of experimentation and innovation for the industry, where new models of news gathering, delivery and engagement can be tested.

Dale, who will hold the rank of professor of practice, will assume the newly created executive editor position Aug. 31.

"The mission of Cronkite News and the school of journalism is one of the most exciting things I've seen in media,” Dale said. “I'm profoundly honored to join this talented team. I can't think of anything more fun – and meaningful – than being part of a news organization that tackles innovation and storytelling on important subjects with the next generation of journalists."

Dale has more than 20 years of senior-level leadership experience. He is the second-ranking newsroom executive at The Denver Post, where he is responsible for digital and print content. He directed coverage of the Aurora theater shootings, which won the 2013 Pulitzer Prize for Breaking News.  He also supervised two other reporting projects that were Pulitzer finalists – an investigation into the use of a marijuana derivative in the treatment of children with seizures and coverage of a devastating 2012 Colorado wildfire.

Under his leadership, the Post has become one of the nation’s most digitally forward newspapers, with a robust presence on the Web, mobile devices and social media. The Post is a top-10 newspaper on Facebook and has hundreds of thousands of Twitter followers.

Dale also helped develop the Post’s video strategy of live, taped and remote broadcasts. The newspaper produces Denver Post TV on the Web, providing broadcast-style news updates and video stories. Last month, Denver Post TV won four Heartland Emmy Awards, bringing its total to more than 30 in the past six years.  A video project about homeless students is nominated for a 2015 national Emmy in the category of “new approaches” to news coverage.

Before being named news director at the Post, Dale was in charge of the newspaper’s Sunday edition, the ninth-largest Sunday newspaper in the nation. He also was responsible for the Post’s investigative reporting projects and led the Post’s coverage of the 2008 presidential campaign, including the Democratic National Convention in Denver. He began his tenure at the Post in 2000 as assistant managing editor for sports, overseeing coverage of major events that included Super Bowls and Olympics.

Earlier in his career, he was senior assignment editor for the sports department of USA Today, supervising coverage of sports business, investigations and features. He also served as managing editor of The Journal News in Westchester County, N.Y., managing editor of the Fort Worth (Texas) Star-Telegram, and deputy sports editor at the Los Angeles Daily News. He began his career reporting for several small newspapers in California and Kansas.

Dale holds a bachelor’s degree in journalism and mass communication from Kansas State University. He has served as a Pulitzer juror and is active in the Online News Association, the world’s largest association of digital journalists.

“Kevin brings to Cronkite News the perfect mix – a strong newsroom leader and collaborative team builder with unwavering journalism values who is also a bold and creative digital innovator constantly seeking out new ways to tell compelling stories and engage audiences,” said Christopher Callahan, dean of the Cronkite School and CEO of Arizona PBS. “He is the ideal person to lead these tremendously talented student journalists and inspiring faculty editors.”