ASU Online has been awarded the prestigious Pearson Product of the Year award by Pearson Higher Education, a leading education services company that provides educational materials, technologies, assessments and related services to their partners.

The accolade marks the first time in the award’s history that a service-based educational partnership has received the Product of the Year Award rather than a piece of educational content, such as a textbook or software. 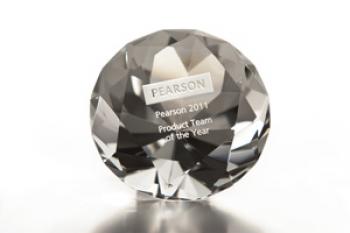 “The partnership that we have with ASU was seen as so groundbreaking in terms of its academic ambition, business model and a technology capabilities, that it was an upset winner of the Product of the Year Award,” said Matt Leavy, CEO of Pearson. “We are working to improve student achievement and fill the demand for a higher quality education in an online format. We found a perfect partner in ASU to do that.”

Referred to as the “Third Way” Partnership, ASU Online and Pearson combine the components of in-person classes and advances of online software to provide a more supportive online learning environment. This innovative approach combines the benefits of “The First Way” – a traditional, on-campus, research-based environment – with “The Second Way,” which provides access to education and scalability through online learning options. This synthesis known as “The Third Way” combines the benefits of each learning modality, thus aiming to change the world of online education.

While ASU faculty design the curriculum and teach the courses, Pearson monitors and analyzes trends in student performance, tracks the achievement of learning objectives and goals, and provides enrollment support services to students. The pair, then, works together to enhance marketing, online advising and recruiting efforts based on the ASU brand.

“With Pearson’s help we have been able to accelerate growth, increase retention and provide our students with the foundation and resources to succeed,” said Philip Regier, executive vice provost and dean of ASU Online.

ASU Online seeks to continue to extend their reach of prospective students and provide better access to a quality online education in a traditionally classroom-based model. The achievements strategically align with ASU President Michael Crow’s vision for projected growth and expanded access to education.

There are currently more than 50 program offered entirely online, and approximately 4,000 students are enrolled in ASU Online. For a complete list of degrees, visit http://asuonline.asu.edu.

Returning to ASU Gammage Feb. 15 for a one-month engagement, the musical "Wicked" serves up satisfying plot twists and another magical side of Oz we've never seen before.

Returning to ASU Gammage Feb. 15 for a one-month engagement, the hit musical "Wicked" is the Broadway adaptation of a revisionist look at the children's book "The Wonderful Wizard of Oz" and the classic American film "The Wizard of Oz." And while there may not be a Kansas twister in this tale about the Land of Oz, there certainly is no dearth of twists.

Wicked tells the story of how Glinda from the North – pretty and popular – became "good" and Elphaba from the West – fiery and misunderstood – became "wicked." Why these two women became opposite one another in popular memory is a question that drives the show, serving up several satisfying plot twists and illustrating another magical side of Oz we've never seen before. 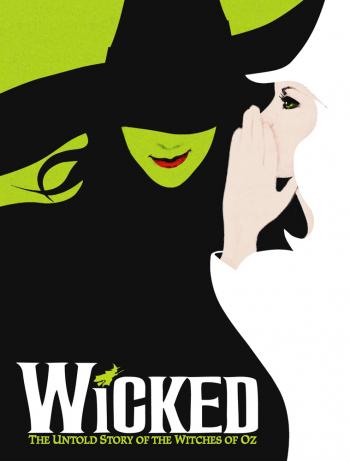 Before "Dorothy Gale" – and her little dog, too – dropped into Oz, much had happened within the community of munchkins, wizards and witches, according to Gregory Macguire's 1995 novel "Wicked: The Life and Times of the Wicked Witch of the West," on which the musical is based. There were political factions and social upheavals, the novel reveals, and the witches had not yet grown up and found their own way.

Writer Winnie Holzman – of such acclaimed television programs as “My So-Called Life” and “thirtysomething" – and lyricist and composer Stephen Schwartz's musical adaptation of Maguire's book has launched this pre-Dorothy story into pop culture fame. Wicked has broken nearly every box office record since its 2003 debut, and when it last played at Gammage Auditorium in 2009 the show sold out in record time.

Back by popular demand, the show has become a special treat for its nationally touring cast that performs each night, says castmember Justin Brill.

"You feel so fortunate as an actor to be part of something so successful that has such a loyal following," said Brill, who has worked consistently in theatre for more than a decade. "As an actor, it's a special treat to have sold-out audiences and lots of energy surrounding the performances."

In the show, Brill performs the role of "Boq," the only munchkin to attend university. While at school, Boq becomes entangled in a love triangle between Glinda and Elphaba, the two soon-to-be witches.

"Boq is very optimistic," Brill says of his character. "He wears his heart on his sleeve, is a hopefuly guy, and makes choices based on his feelings. He means well, and he does some crazy things in the name of love."

Brill, who is lucky enough to tour with his wife, says he looks forward to the start of every performance.

"One of my favorite moments is the pre-show announcement when the lights go down and you feel the murmur, and sometimes the audience applauds, and then finally the downbeat of the orchestra," Brill said. "You can feel that energy and love for the show. It's a very exciting moment."

At the core of the show is a story about friendship and identity – the process of figuring out what and who to believe and what is in your heart, Brill says.

"Today, we are fed so much information that it is really hard to figure out what to believe," Brill said. "News is gearing toward entertainment. It's hard to figure out who to trust. What I really like about the show is that it reminds you that it's important to look within yourself and decide for yourself, and carry that forward."