With a focus on strengthening ASU's capacity to meet the needs of American Indian students, Bryan Brayboy will work with Arizona's 22 tribal nations in his new role as Arizona State University's special adviser to the president for American Indian affairs.

Brayboy, a President’s Professor in the School of Social Transformation in the College of Liberal Arts and Sciences, has taught at ASU since 2008 and said he is honored to follow in the footsteps of former Special Advisers to the President for American Indian Affairs, Diane Humetewa and Peterson Zah. 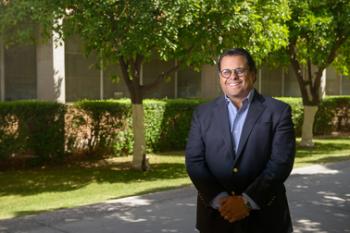 “Our relationship with the tribal nations depends upon a deep understanding of the challenges that their leaders face, particularly in the area of education, and bringing ASU’s expertise to bear on those challenges,” said ASU President Michael Crow. “We are also proud to say that approximately 2,400 Native students are enrolled on our campuses, and professor Brayboy will play an integral role in ensuring that they reach their academic goals.”

The university’s interactions with Arizona’s tribes is enhanced by the rich diversity of Native nations in the state and world-class indigenous faculty at ASU, Brayboy said.

“We’ll take a comprehensive look at what is happening with students and help them graduate more consistently,” he added. “A lack of finances is a major factor for Native students. We also need to consider what the overall climate is at the university and how academic and social lives fit together in Native student experiences.”

Brayboy said he is entering the new position with "a real sense of humility of the work in front of us."

“I bring to the position a long research record focusing on American Indian college students, faculty and staff. We’ll build on this knowledge to help the institution move forward," he said. "If we improve the experience for Native students, it should also improve for everyone else.”

Brayboy will continue to teach and he’ll maintain his position as director of Center for Indian Education that was founded in 1959 and is one of the oldest continuously operated centers of its kind in the world. Central to the center’s aim is assisting Arizona’s tribal nations with educational needs while serving as a research repository for Indian education.

Brayboy, an enrolled member of the Lumbee Nation, will serve as chairperson of the ASU Tribal Liaison Advisory Committee and will be a member of the Provost’s Native American Advisory Council. He is a borderlands professor of indigenous education and justice who works to improve the overall academic experience of Native children.

Education is a common theme in his family as his grandmother and parents were teachers. After his father retired, he went back to work at the same school that he attended as a child. Brayboy initially thought he wanted to go into investment banking as he was growing up, but he became enamored of teaching as he continued in school and ultimately earned his doctoral degree with the highest distinction in the anthropology of education from the University of Pennsylvania.

Now he’ll take his skills to the next level, engaging the university with Native students and nations.

“This is an institutional effort of a group of people coming together to benefit the state’s people and demonstrate why ASU is so vital to the state and its future,” he said.

Ominous Comets, Spooky Things in Space and Nefarious Nebulas are all on the program at the next Earth and Space Open House, Oct. 31.

"Strange Things in the Sky" is appropriately the theme for ASU’s next Earth & Space Open House, set to take place from 7 to 10 p.m., Oct. 31, at the Interdisciplinary Science and Technology Building IV (ISTB 4) on ASU’s Tempe campus.

Visitors to the free event can attend a pair of public lectures, take in a planetarium show, gaze at the sky through telescopes, watch science demonstrations and explore the interactive displays in ISTB 4, which is located at the corner of McAllister and Terrace. 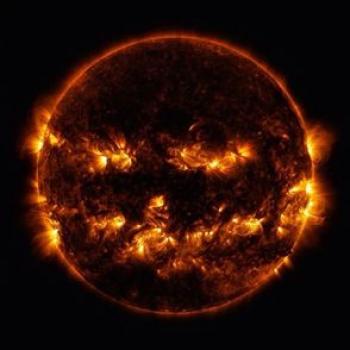 The public lectures and planetarium shows will be held in the Marston Exploration Theater. All seating is on a first-come basis.

The first public talk, given at 7:30 p.m., in room 240, is "Spooky Things in the Universe," by Teresa Ashcraft, School of Earth and Space Exploration graduate student.

The second public talk, at 8:15 p.m., in room 240, is "Ominous Comets," by Vincenzo Cataldo, School of Earth and Space Exploration graduate student.

The planetarium show is titled "Nefarious Nebulas," and is given at 7:15 p.m., and again at 8:45 p.m. in the Marston Exploration Theater.

In addition, there will be a family-friendly Halloween Costume Contest (the winner will receive a prize of a small telescope) and an opportunity to get your picture taken on Mars. Sky viewing telescopes will be set up from 8 to 10 p.m. outdoors, next to the Skyscape art installation.

To get to the open house, go to the main entrance of ISTB 4, located on the building’s north side.

The monthly open house is partially sponsored by the School of Earth and Space Exploration, GeoClub and AstroDevils: ASU Astronomy Club. For more information, visit http://earthspaceopenhouse.weebly.com or visit the school's Facebook page. The next Open Houses will be on November 21, 2014 and February 20, March 27, and April 24, 2015.