An external panel of venture capitalists, entrepreneurs and medical device manufacturers has awarded $100,000 grants to two joint Arizona State University-Mayo Clinic research teams that are working to apply personalized medicine to the treatment of Alzheimer’s disease and cerebral aneurysms.

The Center for Individualized Medicine at Mayo Clinic and the Office of Knowledge Enterprise Development (OKED) at Arizona State University joined in sponsoring the awards. More than 20 teams submitted proposals, with the winning teams including: 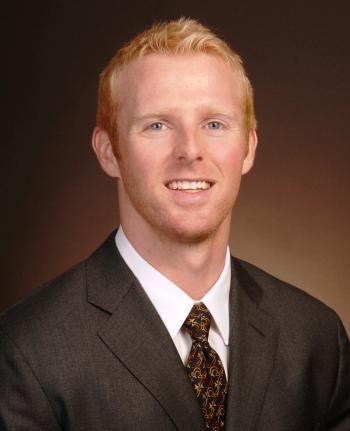 “The Center for Individualized Medicine at Mayo Clinic works to translate research breakthroughs into real-world applications that can improve health care for our patients,” said Jeremy L. Friese, director of New Business and Development in Mayo’s Center for Individualized Medicine. “We’re excited to see this kind of research collaboration be a component of the broader Mayo Clinic partnership with Arizona State University.”

“The quality of applications received for this opportunity reflects the superior quality of use-inspired research activities engaged by ASU and Mayo Clinic researchers in the area of health and personalized medicine,” said Sethuraman “Panch” Panchanathan, senior vice president of ASU’s Office of Knowledge Enterprise Development. “Through this collaborative effort, we are able to rapidly advance commercialization of novel ideas with the potential for significant economic development.”

Arizona Technology Enterprises (AzTE), the technology venturing arm of Arizona State University, is managing the initiative on behalf of ASU.

The competition was open to research pertaining to individualized medicine, broadly defined as “discovering and integrating the latest in genomic, molecular and clinical sciences into personalized care.” Funds can be used for a variety of activities, including prototype development, software or service development, pilot execution, company formation, or research endeavors leading to a commercialization product/ service.

Alzheimer’s disease team information: More than five million Americans now have Alzheimer’s disease (AD), and over the next 50 years the prevalence is expected to triple. The successful targeting of biomarkers is a critical component of individual diagnosis for many diseases, including AD. Unfortunately, biomarker targeting is not yet feasible for use with AD patients, and the development of appropriate protocols would have huge commercialization potential because of the staggering number of prospective AD patients. The applicants from both Mayo Clinic and ASU have long experience and strong complementary interests in the biochemical basis of AD and in reagents that would be useful in diagnosis and therapy.

The Center for Individualized Medicine discovers and integrates the latest in genomic, molecular and clinical sciences into personalized care for each Mayo Clinic patient. Visit http://mayoresearch.mayo.edu/mayo/research/center-for-individualized-medicine/ for more information.

AzTE is a nonprofit organization which operates as the exclusive intellectual property management and technology transfer organization for ASU and its research enterprise. Established in 2003, AzTE is a wholly-owned subsidiary of the Arizona State University Foundation for A New American University. Comprising industry and university veterans, AzTE brings together ASU’s researchers and industry partners to transform discoveries into marketable products and services, taking innovation out of the lab and into the commercial marketplace. AzTE currently offers for licensing more than 300 novel technologies in the life and physical sciences.

The Graduate Scholars of English Association in the Department of English will hold its 18th Southwest English Symposium, Feb. 15-16.

A conversation in any academic discipline will likely include a lot of “-isms, -ologies, and -istics.” But what do these suffixes mean in the wider world, outside academic “silos”?

The Graduate Scholars of English Association in the Department of English will hold its 18th Southwest English Symposium, which ponders this and other questions, Feb. 15-16, in the Memorial Union on the Arizona State University campus in Tempe. The conference “-isms, -ologies, and -istics: Conversations across the Disciplines” will highlight broad conversations about ideologies and ideas, and the “suffixes” of academic discourse. This conference is sponsored by the Department of English, the College of Liberal Arts and Sciences, the Graduate Professional Students Association, the Graduate College, and Project Humanities. 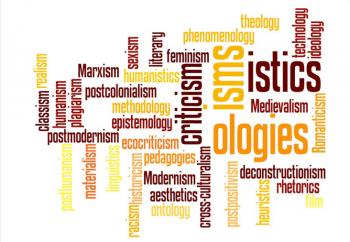 The symposium will feature panel sessions with graduate students from ASU as well as from universities in the Southwest and beyond, including California, Colorado, Idaho, New Mexico, Oregon, South Carolina, Texas and Wisconsin. Special events include a keynote address by English’s Paul Kei Matsuda, a faculty panel session with scholars from across ASU, and a closing keynote address with visiting scholar Costica Bradatan. The keynote speeches and faculty panel session are open to the public.

Matsuda, professor of English and director of second language writing at ASU, will give the opening keynote address, “Identity Matters: The Making of an Interdisciplinary Scholar” at 6 p.m., Feb. 15. Matsuda’s scholarship is multidisciplinary, spanning the areas of applied linguistics, creative writing, English education, journalism, formal linguistics, literacy and literary studies, rhetoric and composition, and teaching English to speakers of other languages. He has received a number of national awards for his publications, including the Outstanding Book Award and Richard Ohmann Award. A sought-after speaker, he has presented numerous keynote and plenary talks as well as lectures and workshops in countries across the globe.

Among the highlights of the symposium will be the Project Humanities faculty panel on “Heroism and the Body.” Panelists include Ron Broglio, associate professor in the Department of English, who specializes in posthumanism, animal studies and Romanticism; Michael Tueller, associate professor in the School of International Letters and Cultures, whose scholarly pursuits include Greek religion, literature and culture; and Marlene Tromp, director of the School of Humanities, Arts, and Cultural Studies, and professor of English, Women and Gender Studies at ASU’s New College of Interdisciplinary Arts and Sciences, whose research focuses on Victorian literature and culture and gender studies.

Bradatan will give the closing keynote address at 6 p.m., Feb. 16. An associate professor in the Honors College at Texas Tech University, he is also a spring 2013 visiting fellow with ASU’s Institute for Humanities Research. His talk is titled “Self-Creation.” Bradatan’s areas of expertise and teaching include history of philosophy, philosophy of religion, philosophy of literature and philosophy of film. His scholarship places special emphasis on the performative aspects of philosophizing, the literariness of philosophical texts, as well as the role played by the religious, cultural, political and intellectual contexts in their production. Bradatan is the author or editor of seven books, most recently “Philosophy, Society and The Cunning of History in Eastern Europe” (Routledge, 2012), as well as dozens of scholarly papers, essays, encyclopedia entries, book translations and book reviews.

More information can be found at http://english.clas.asu.edu/swes2013 or by emailing swes.asu@gmail.com.

The Department of English, the School of International Letters and Cultures and the Institute for Humanities Research are academic or research units of the College of Liberal Arts and Sciences.